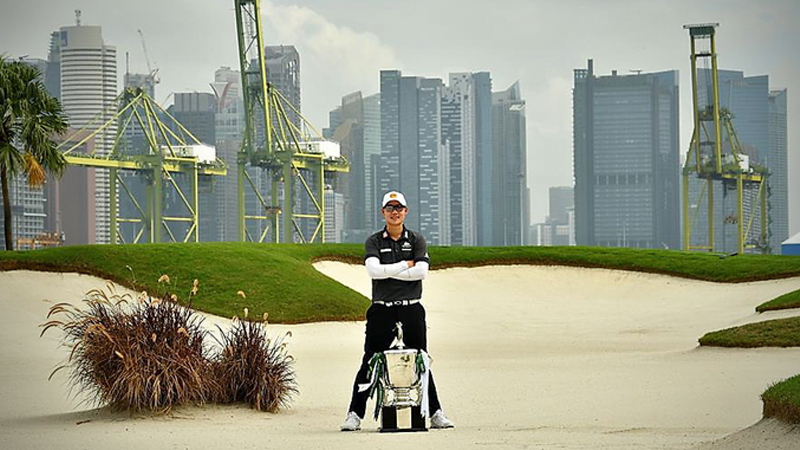 It has been more than a decade since Australia’s Adam Scott retained the iconic Singapore Open title at the Serapong Course in Sentosa Golf Club in 2005 and 2006, which is also the Home of the Asian Tour.

But with the form that the 2019 Asian Tour Order of Merit champion is currently enjoying, he is once again expected to be one of the favourites for the Singapore showpiece, which continues to be part of The Open Qualifying Series for the fourth consecutive year.

“Winning the SMBC Singapore Open last year really opened a lot of doors for me last year. I managed to break into the world’s top-100, got into many tournaments and had many other new opportunities. I have to thank this tournament and I am really happy to be back this year. I got the same locker as last year so hopefully this year the same magic happens. If you play well here, you can get started to get the ball rolling for the year,” said the Asian Tour No 1.

Jazz enjoyed a season like no other in 2019 when he swept aside all his rivals with four victories along with capturing the coveted Order of Merit trophy.

“It is a very big week and a good start for the year. I think it is important to be strong mentally, especially on the golf course when you have to hit the straight and long shots. I need to pick which tournament would be the best for me out of all the tournaments. If I am playing America, I would just stick to that country for that period, and likewise for Europe or Asia,” he added.

Korea’s Doyeob Mun, who secured one of the four spots to The Open at the SMBC Singapore Open last year, still holds vivid memories of his last outing to the Lion City and is relishing the challenges at the Serapong course again.

Quek also finished tied-26th for the tournament, which remains his best result at the SMBC Singapore Open so far.