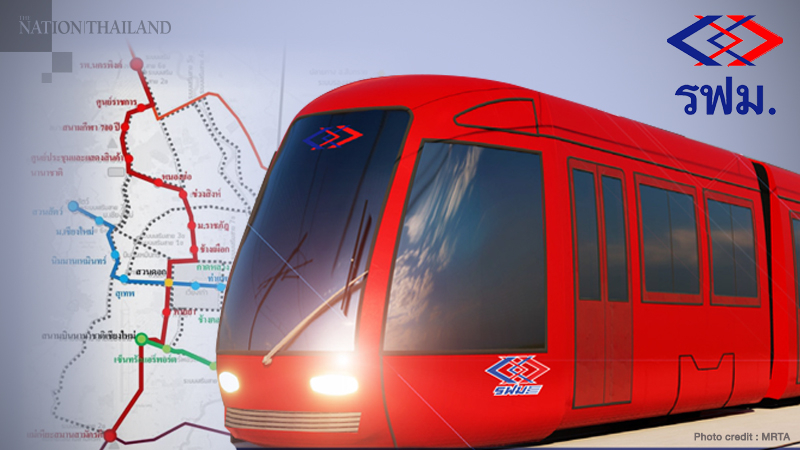 Mass Rapid Transit Authority of Thailand (MRTA) is expected to call a bid for the development of the light rail system or Red Line tram (Nakornping Hospital-Mae-Hia Saman-Samakkee Intersection) in Chiang Mai next year.

MRTA deputy governor Theeraphan Tachasirinugune said there were many local and foreign private companies keen on jointly investing in the system.

He made the remark after presiding over a market-sounding event of the project on Wednesday (February 12), attended by more than 100 representatives from the private sector.

He added that the MRTA was expected to finish a study on the project’s investment under the Public-Private Partnership scheme in April this year.

It is expected to be proposed to the cabinet in the middle of next year, after which an auction will take place immediately.

Construction is expected to begin in mid-2022 for completion in 2027.

The tram route will be 15.8 kilometres in length at a cost of Bt27 billion, under a 30-year concession.

The government will be responsible for land title management cost, while the bid winner will invest in civil works, rail system, operation and maintenance cost.

Most of the route will be underground. Ticket prices will be set between Bt15 to Bt30 per person per trip. It is expected to see 16,000 passengers daily in the first year.