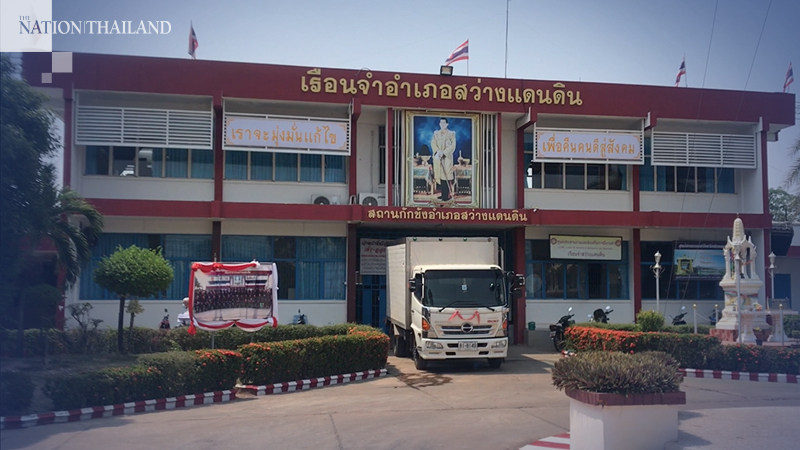 By THE NATION
One of five inmates, who had broken out of Sawang Daen Din prison in Sakon Nakhon province, was arrested in Bueng Kan province after being on the run for over a month.

Police from Seka in Bueng Kan on Thursday (June 4) arrested Anont Lakkham, 42, at an abandoned hut in Thasa-ard subdistrict near the border between Bueng Kan and Sakon Nakhon. The inmate had escaped from the prison on May 1.

Anont is among the five inmates who had staged a daring escape after being transferred to a Covid-19 quarantine room. The prisoners reportedly climbed out through the ceiling of the room and made their way through tight passages in the building without being spotted by the guards. They then created a rope from canvas sheets and used it to climb over the perimeter wall, before fleeing.