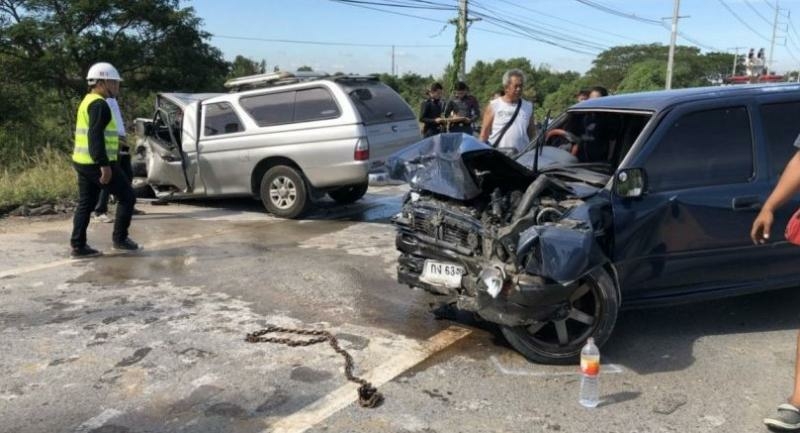 Sixty-seven people were killed and 388 injured in road accidents over the December 10-13 long holiday weekend, according to the Transport Ministry on Monday.

A total of 401 accidents were recorded over the three-day holiday, when roads were busy with people returning to their hometowns.

“The most common cause was speeding, with Bangkok seeing the largest number of accidents at 42,” the ministry announced.

As usual, most of the fatalities were motorcycle riders.

“The vehicle involved in the largest number of accidents was motorcycles, with 128 crashes, resulting in 41 deaths and 126 injured.”

Meanwhile, over 14 million vehicles travelled in and out of Bangkok during the long weekend, 36.63 per cent higher than the ministry’s estimate.

As for public transport, 9.84 million people used the services, 5.16 per cent lower than the ministry’s estimate.

There were no reports of accidents involving public buses, boats or aircraft on December 10-13.

“Responsible agencies enforced Covid-19 preventive measures on public transport to ensure the safety of all passengers,” it added.

The long holiday was in compensation for King Bhumibol’s December 5 birthday anniversary, which fell on a Saturday.