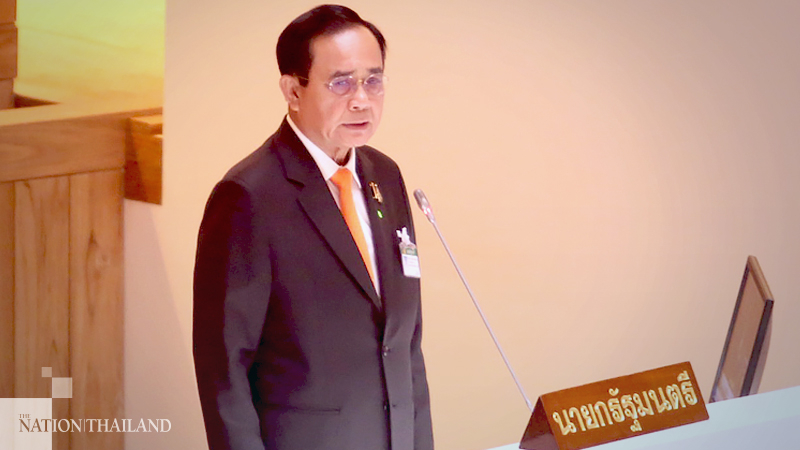 The censure debate kicked off at 10.45am on Tuesday, with the first day wrapping up more than 12 hours later, just after midnight.

Pheu Thai leader Sompong Amornvivat was the first to take the House floor, and he started off by listing all the different ways Prime Minister Prayut Chan-o-cha has failed as a leader.

He accused Prayut of using his authority to help allies and mismanaging actions to deal with the Covid-19 crisis.

“This prime minister’s administration has worsened the economy and people’s quality of life. This is the worst government this country has ever seen,” he said.

Sereepisuth Temeeyaves, the leader of opposition Seri Ruam Thai Party, also attacked Prayut and his government for turning a blind eye to the problem of gambling dens.

He pointed out that several makeshift casinos had been found recently, such as the one on Rama III, but the premier has yet to take proper steps to deal with the issue.

Besides, he said, the person behind these dens, who hails from the East of the country, has been promoted to the post of a senator.

Sereepisuth also questioned the high salaries being paid to members of the ruling Palang Pracharath Party.

The debate, which will wrap up on Friday, started again from about 9am on Wednesday.