By The Nation
Photos by Wanchai Kraisornkhajit

The Office of the Attorney General on Wednesday postponed an appointment with 18 Ratsadon pro-democracy protesters to March 8. 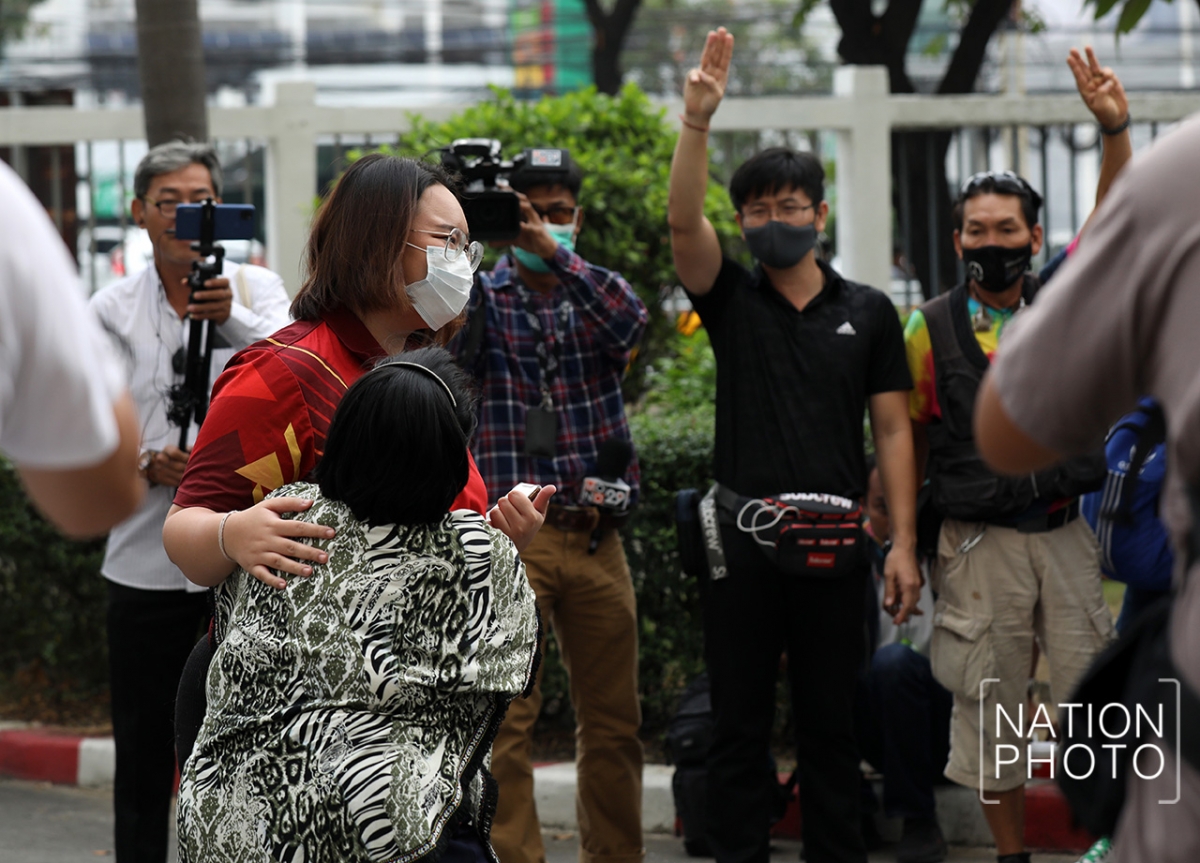 The protesters, including Panusaya “Rung” Sithijirawattanakul, Panupong “Mike” Jadnok, Jatupat “Pai” Boonpattararaksa, Chukiat “Justin” Saengwong, Attapon Buapat and Chaiamorn “Ammy” Kaewwiboonpa, were summoned to the Office of the Attorney-General (OAG) on Bangkok’s Ratchadapisek Road to hear charges over a rally held at Sanam Luang on September 19-20 last year. The charges include lese majeste and sedition. 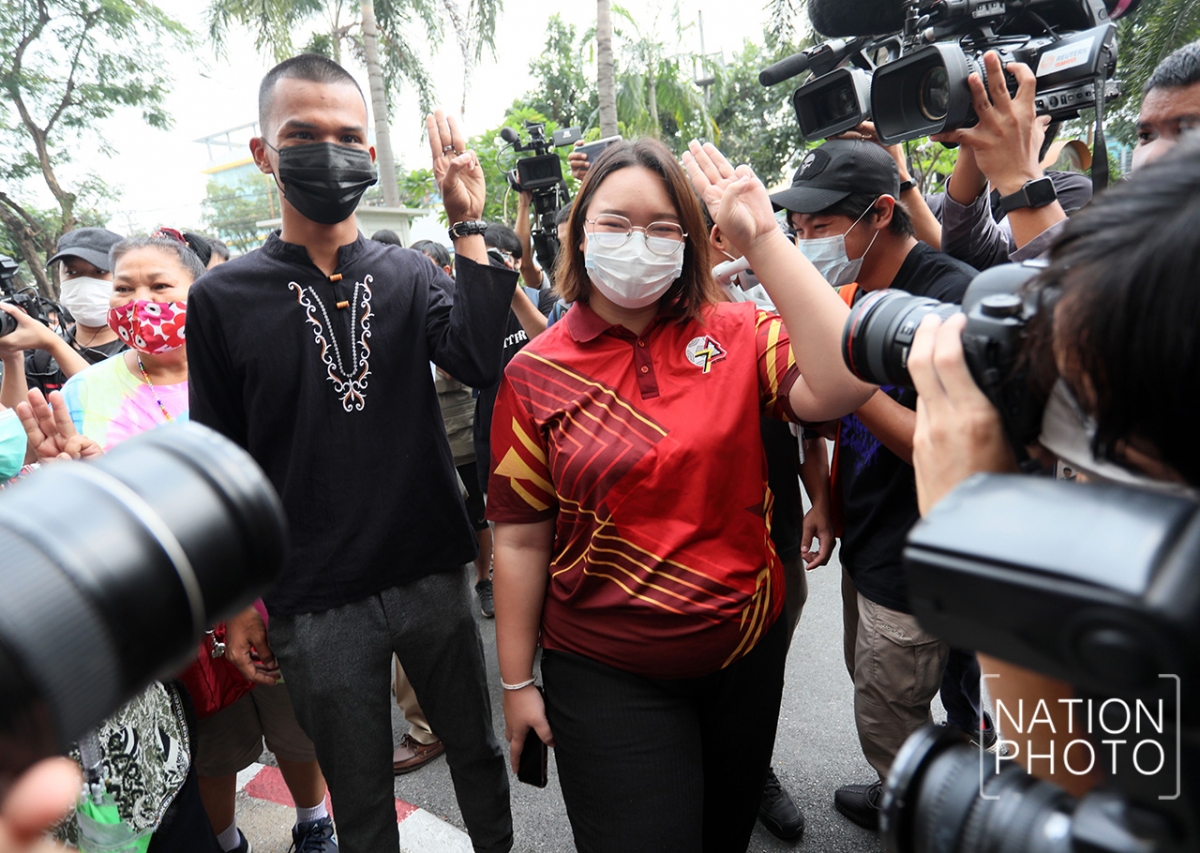 Supporters who gathered to encourage the 18 protesters were met by a cordon of police at the OAG.

Both Panusaya and Panupong said they had faith in the fairness of the judiciary even though they had not been granted bail, adding that their anti-government protest was not over. 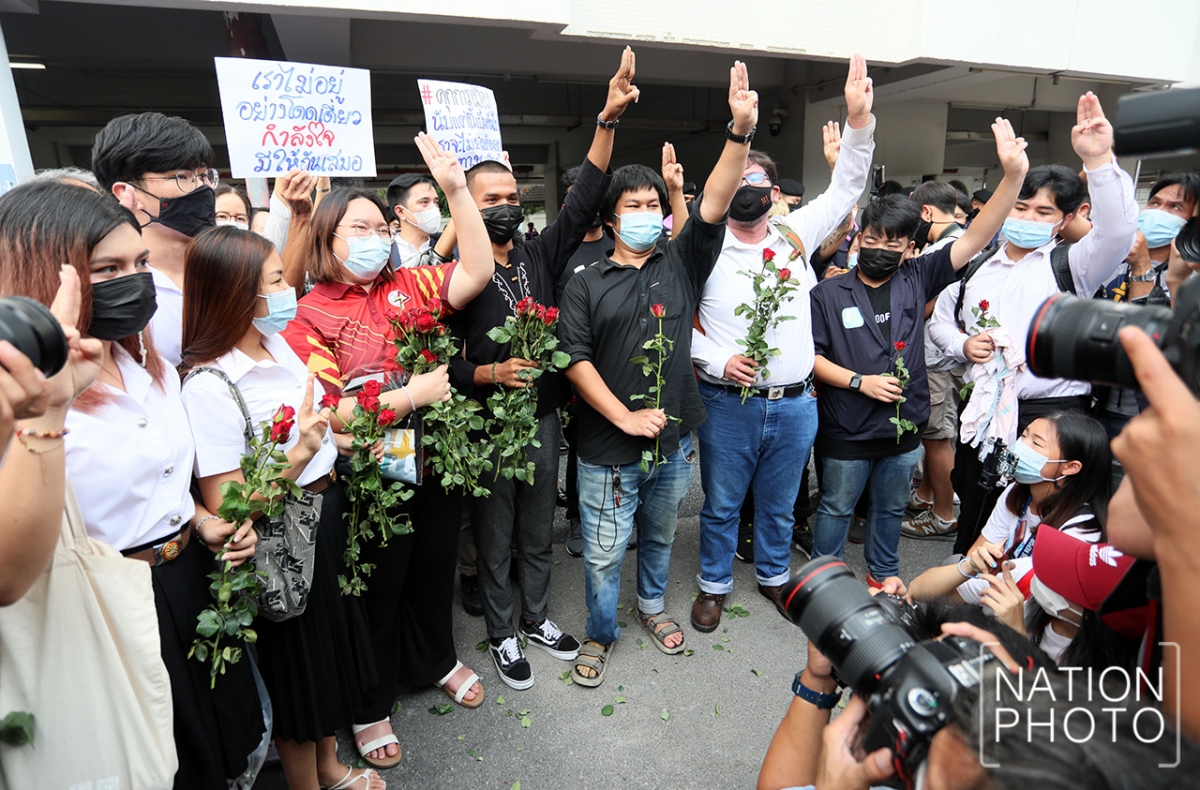 “We studied lessons from the violence during the protest in front of the Supreme Court on February 13, and we promise that security will be tightened at the next demonstration,” Panusaya said.

Meanwhile, the protesters’ lawyer, Kritsadang Nutcharat, said the OAG has also set an appointment date of March 25 for 13 protesters charged over a rally held at the Germany Embassy in October last year.