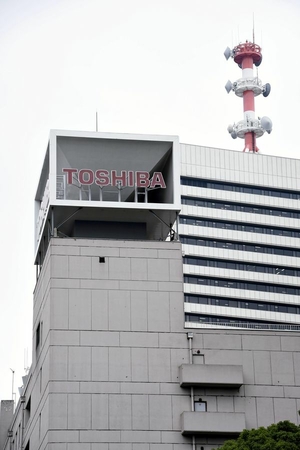 Toshiba Corp. has received a buyout offer from CVC Capital Partners in a proposed deal that could be worth more than ¥2 trillion, it was learned Wednesday.

The British private equity firm plans to take all of Toshiba’s shares through a tender offer with Toshiba’s consent and then take it private.

The Japanese company announced Wednesday morning: “Toshiba received an initial proposal yesterday, and will ask for further clarification and give it careful consideration. The company will make a further announcement in due course.”

Under the revised Foreign Exchange and Foreign Trade Law, which came into effect in 2020, Toshiba falls into the category of “core industry,” meaning that it is particularly important from a national security perspective. Buyouts of such companies will need to be reported to the Japanese government. Whether the buyout will pass the government screening will be a major focus.

According to sources, CVC is expected to make a formal bid soon and will invite other investment funds to join. Toshiba’s stock price stood at ¥3,830 as of Tuesday, and CVC is considering buying the shares at a higher price of more than 20% above that.

Faced with financial difficulties, including a massive loss from its nuclear power business in the United States, Toshiba increased its capital by ¥600 billion in 2017. Although its financial structure has improved significantly, the company has repeatedly clashed with foreign investors, who have become major shareholders, as well as with activist shareholder investment funds, over the appointment of directors among other matters.

Toshiba returned to the First Section of the Tokyo Stock Exchange from the Second Section in January. The CVC’s bid is seen as an attempt to improve management flexibility by delisting the company so that decisions can be made quickly, but it is also seen as an attempt to exclude activist shareholders.

Kurumatani served as chairman of CVC Japan from 2017 to 2018 after retiring as deputy president of Sumitomo Mitsui Banking Corp.