The pace of digital transformation in Southeast Asia has exploded, according to Deloitte’s latest report on Covid-19’s impact on the business environment.

“Crisis as Catalyst: Accelerating transformation” reveals that many Asia Pacific businesses believe they are well on their way to becoming more resilient in a post-pandemic environment, said Deloitte. More than two-thirds of business leaders surveyed expressed high confidence in their company’s outlook over the next 12 months, it added.

Data from the report shows:

• Sixty-nine per cent of Asia Pacific companies surveyed said the pandemic significantly accelerated their digital transformation – not just sparking but exploding the pace of adoption.

• Sixty-three per cent of companies expect to form new partnerships and alliances.

• Sixty-seven per cent of respondents believe supply chains need to be redesigned as a direct result of the pandemic. 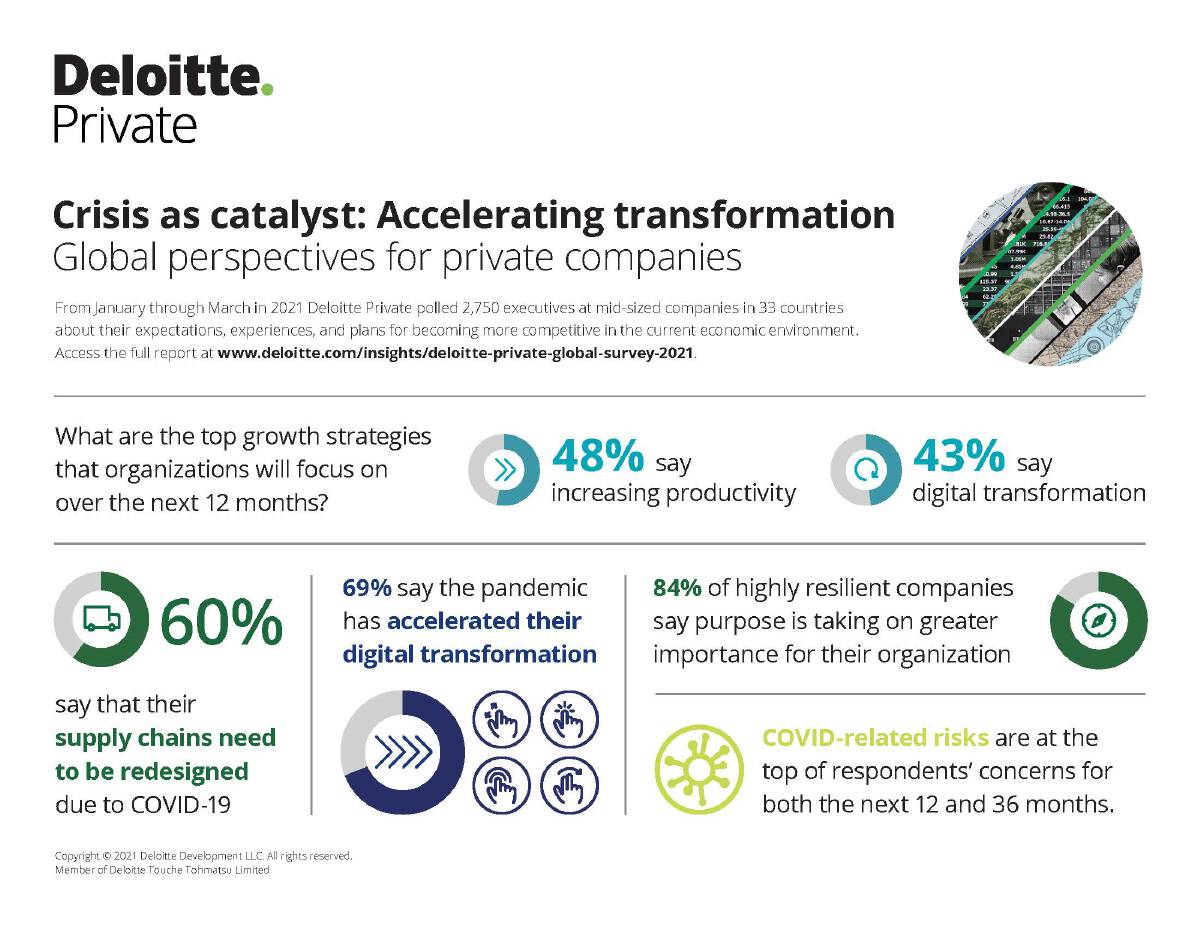 In the survey of 2,750 private company executives across 33 countries between January 21 and March 9, Deloitte found that a majority of organisations are now building their resilience across seven key elements: strategy, growth, operations, technology, workforce, capital and society.

“This research resonates with many of Deloitte’s private clients in Southeast Asia, where the pandemic has pushed leaders to speed up their transformations to meet the challenges of a dynamic, uncertain environment,” said Richard Loi, Southeast Asia and Singapore Deloitte private leader.

“Digital solutions are becoming increasingly important for companies as CEOs seek to optimise the present while building a platform for future innovation and competitive advantage.”

A majority of respondents believe their company will snap back from the crisis during the next 12 months, said Deloitte. It added that companies appear to have laid the groundwork for workforce changes through flexible workforce arrangements and by redesigning their organisations to be more agile and accomplish more with smaller, independent teams, including:

• Highly resilient organisations were nearly twice as likely (80% versus 43%) as those with low resilience scores to say that their digital transformation had begun before the crisis or is currently underway.

• The difference in how highly resilient companies view the importance of digital transformation to their growth versus those with low resilience was 18 percentage points.

Companies are also spending on technology in other areas. In the next 12 months, information security is primed to be the most popular technology spending area according to 39% of respondents, followed closely by cloud computing (38%) and data analytics (37%).

A sharper focus on purpose

Purpose and trust have always been intertwined in the culture and foundation of private companies but took on greater importance in 2020. The report unveiled that:

• Nearly 70% of the respondents said purpose increased in importance for their organisation as a direct result of the COVID-19 crisis.

• Highly resilient organisations were at the forefront in this respect, with 84% of the executives from these organisations saying they sharpened their focus on purpose.