PTT Global Chemical (PTTGC) on Wednesday announced it signed an engineering, procurement and construction agreement for the Olefins 2 Modification Project on January 22.

This move allows PTTGC to boost the use of propane gas as feedstock and aligns with the company’s strategy to enhance feedstock flexibility and long-term competitiveness, said Pattaralada Sa-Ngasang, executive vice president for finance and accounting.

“So far, the environmental impact assessment [EIA] has been approved by the Office of Natural Resources and Environmental Policy and Planning,” she said.

“The project should go into commercial operation within the first quarter of 2023. The total investment for this project is approximately [US]$165 million or Bt5.19 billion.”

She said the agreement was signed in line with the PTTGC board of directors’ resolution at a meeting in October last year. 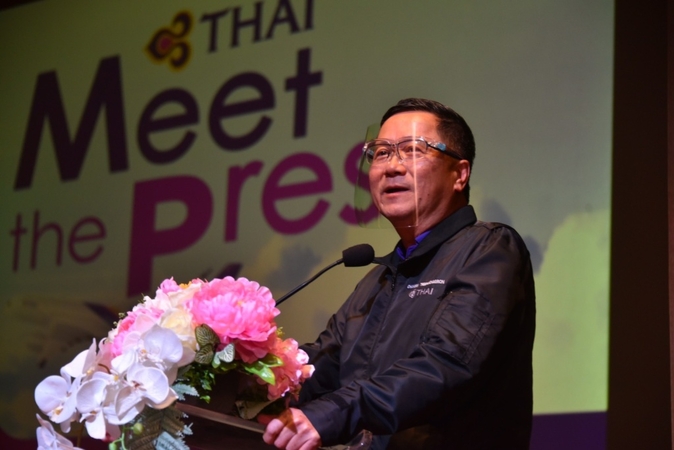 Thai Airways International (THAI) will this week ask the bankruptcy court to extend its deadline for submission of its rehabilitation plan by another one month, THAI’s acting president Chansin Treenuchagron said on Tuesday.

This is the second time the debt-ridden carrier has asked for a deadline extension. Previously, the court granted THAI’s request to postpone deadline from January 2 to February 4. By law, the carrier can postpone its submission only twice.

According to a THAI source, the airline will ask the court to extend the deadline to March 3. The company needs more time to forge a rehab plan that creditors can be confident in, said the source. 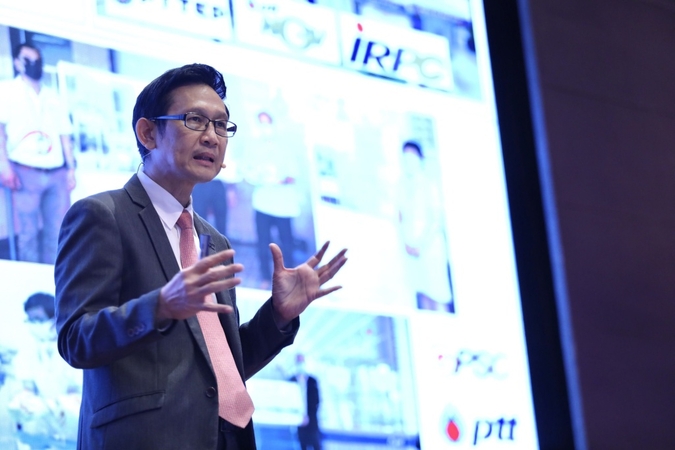 Recovery following availability of vaccines will spur economic activity and boost oil demand, he said, adding the oil price in 2021 is expected to be more stable than in 2020.

However, economic recovery would be gradual and unstable until everyone was inoculated.

Finance Minister Arkhom Termpittayapaisit expects the Thai economy to expand by 4 to 5 per cent this year.

Auttapol added that logistics could become PTT’s new S-Curve business in the future.

The company is conducting a study on the logistics sector after joining hands with the Port Authority of Thailand to study ways to boost efficiency of goods transport at Laem Chabang deep-sea port.

The SET is predicted to fall to between 1,500 and 1,505 points due to a lack of positive sentiments, said a Krungsri Securities analyst.

He believes investors will delay share purchases as they keep an eye on the latest US Federal Reserve meeting as well as volatility in the price of Delta Electronics shares after the SET extended cash balance regulations for the company’s shares.

“Meanwhile, the decline in foreign fund flows would pressure the index,” he said.

He advised investors to follow the Fed meeting amid expectations that the US central bank would maintain the interest rate at 0.25 per cent and continue using quantitative easing of US$120 billion (Bt3.6 trillion) per month.

▪︎ SPALI, AP and LH, which will benefit from the Cabinet’s move to cut home transaction fees.

The price of gold dropped by Bt150 per baht weight in morning trade on Wednesday, the Gold Traders Association reported.

The spot gold price moved to US$1,845 (Bt55,300) per ounce in the morning, while the Comex (Commodity Exchange) gold price to be delivered in February dropped by $4.30 to $1,850.90 per ounce on Tuesday due to mass sell-offs of safe-haven assets in response to strong US economic data.

Meanwhile, the market is keeping an eye on the US Federal Reserve meeting.

U.S. stocks slid ahead of earnings reports from the biggest tech companies. The dollar weakened.

The S&P 500 Index edged lower after struggling to gain traction throughout the day, weighed down by worries over new coronavirus variants and hurdles to a fresh aid package. Small-caps were among the worst performers as traders turned away from bets on an end to covid lockdowns. GameStop Corp. extended its astronomical surge as day traders continued to pile into the heavily shorted retailer.

Global stocks are mostly treading water near record highs as U.S. corporate earnings season gears up this week, with traders also keeping an eye on developments related to the pandemic and its spread. Vaccine coverage won’t reach a point that would stop transmission of the virus in the foreseeable future, the World Health Organization said.

“There’s little bit of bumpiness to start the week,” said Yung-Yu Ma, chief investment strategist at BMO Wealth Management. “Part of the cross current we’re seeing is concern about the new variants of the virus that seem to be spreading quite a bit. It just raises a question of uncertainty and when we’re going to get out from under the cloud of covid.”

These are the main moves in markets:

Earlier, PTT had forecast that demand for LNG this year would expand 4 per cent year on year, but after the new wave, this prediction will have to be reviewed.

Last year, up to 4,700 million cubic feet of LNG was consumed per day, down 8 per cent from 2019. The biggest decline was in the electricity generating sector following the outbreak.

He said in general, the price of LNG in the spot market will drop from March to May, but said PTT has enough supplies to meet local demands.

Govt to offer 30 million people Bt7,000 each in new round of Covid relief 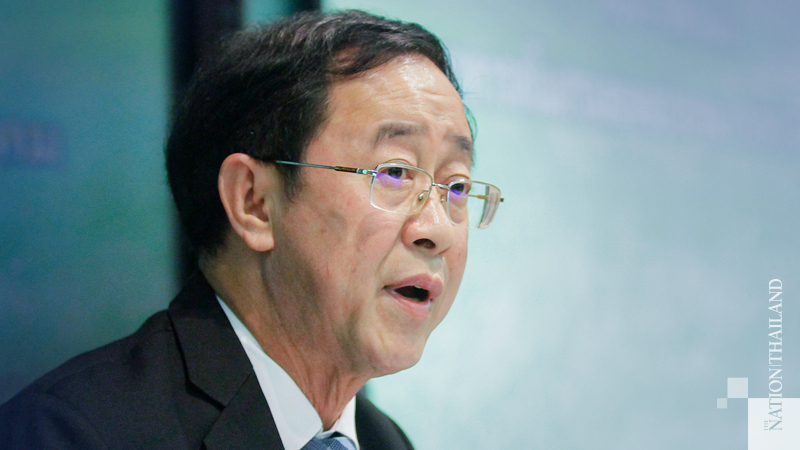 The Cabinet on Tuesday approved a new round of Covid-19 relief for low-income groups. The new package will offer Bt7,000 in credit for shopping necessities and cover around 30 million people.

Eligible for the new scheme are state welfare card holders, recipients of the shopping and travel co-payment schemes, and other groups.

The government will transfer the e-payment to recipients, but it cannot be withdrawn as cash. Welfare cards holders will receive money automatically on February 5. Co-payment recipients will be automatically screened for eligibility and do not have to re-register for the new scheme. Others have to register at http://www.เราชนะ.com/ between January 29 and February 12.

Key conditions of eligibility are taxable income of not more than Bt300,000 in 2019 and total bank deposits of not more than Bt500,000 as of December 31 last year. Recipients can use the e-payment to pay for goods, but not alcoholic drinks or cigarettes.

The e-payments can also be used for public transport, and taxis, tuk-tuks and motorcycle taxis, said Finance Minister Arkhom Termpittayapaisith.

Vietnam launched a push to lure Thai investors on Tuesday, touting its status as one of the few economies that grew in 2020.

The Vietnamese Embassy in Bangkok showcased a “Golden Opportunity for Thai Investors in Vietnam”, hosted by the Thai-Vietnam Business Council and Vietnam’s Amata VN Plc.

Vietnam’s Ambassador to Thailand Phan Chi Thanh affirmed that his country’s economy had expanded 2.91 per cent last year in the teeth of Covid-19, thanks to its early control measures.

Vietnam’s GDP growth from 2016-2020 averaged 5.9 per cent, among the highest growth in the world. Its outlook for 2021 is also bright, with GDP of 6.5 to 7 per cent expected by the World Bank, International Monetary Fund and Asian Development Bank.

“Factors contributing to large investment in Vietnam were high political stability, abundant labour, a big market size of up to 100 million people, and strategic connectivity to Asean, China and the world markets,” said the ambassador.

These factors had made Vietnam a target destination for investors from more than 132 countries. Thailand currently ranks ninth for foreign direct investment in Vietnam with 603 FDI projects totalling about US$13 billion (Bt390 billion).

Tuesday’s showcase heard the investment climate in Vietnam for the next five years is expected to get even brighter as the country embarks on a new Social and Economic Development Strategy for 2021-2030 and Five Year Plan (2021-2025).

“Vietnam is still a destination for foreign investment, including Thailand, because it is a large and growing market,” noted Thai Foreign Ministry spokesman Tanee Sangrat.

However, he said the success of Thai investments in Vietnam over the next few years depended on continuation of the current investment policy and support by the Vietnamese government, as well as Vietnam’s economic growth. The ability of Thai businesses and investors in Vietnam to collaborate and unify with each other will be the key to future growth and survival, he added.

Sanan Angubolkul, chairman of the Thai-Vietnam Business Council, said the Vietnamese market has high purchasing power thanks to its large working-age population and low level of household debt.

Also, its export volume has grown rapidly. Last year, Vietnam recorded $281.5 billion in exports with a positive trade balance of $19.1 billion thanks to its 17 trade agreements.

Said Somhatai Panichewa, director and CEO of industrial estate developer Amata VN (AMATAV): “We believe in the growth of Vietnam, which is why we have been in Vietnam for more than 26 years [running] six projects totalling 2,500 hectares [15,625 rai] with investment capital of about $840 million or about Bt27.2 billion.”

In the morning session, an analyst at Krungsri Securities forecast the SET would fall to between 1,490 and 1,495 after the $1.9-billion US stimulus package hit trouble in Congress, and lockdowns around the world continue to slow economic recovery.

He added that the decline in foreign fund inflows and the rising Covid-19 case count in Thailand would affect investment direction.

Other Asian indices were on the fall: