Oil from Russia to U.S. Gets snapped up in Asia buying binge 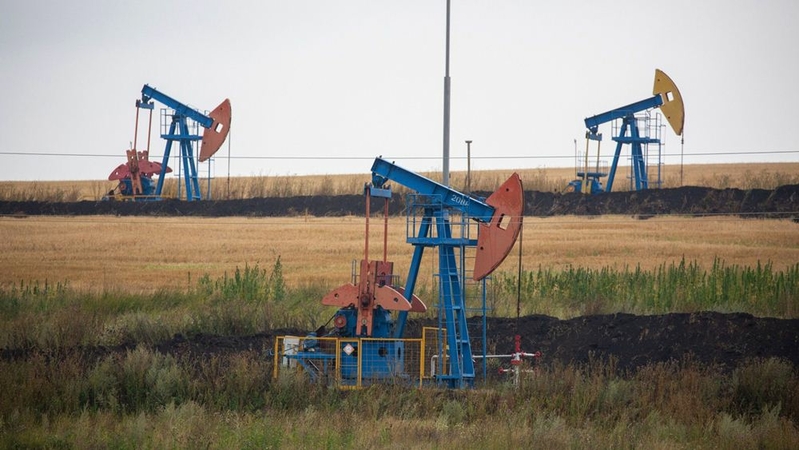 Oil pumping jacks stand in an oil field in Almetyevsk, Russia, on Oct. 19, 2020. MUST CREDIT: Bloomberg photo by Andrey Rudakov.

Physical cargoes of crude oil from Russia, the U.S. and the Middle East were getting snapped up at higher prices as buyers across Asia entered a bidding war to secure supplies.

January shipments of Russian ESPO, a favorite among Chinese and Japanese refiners, were sold at a five-month high premium over Dubai prices after spot differentials for Sokol rose $1 a barrel. In the Middle East, Chinese buyers were seen buying grades such as Das at a premium to its official price, even though the light-sour variety is typically not popular among the nation’s processors.

Buying interest across Asia has been strong after some refiners obtained less oil than usual in term supply contracts from OPEC producers such as Saudi Aramco and Iraq’s SOMO. Chinese demand also grew after private refiners received crude-import quotas that were 20% larger than last year’s concession.

Traders also said Chinese importers were on a buying spree for grades from other producers including Brazil and Angola, paying for cargoes that would arrive before mid-February’s Lunar New Year holidays. Barrels from the West African country have been selling more quickly in recent weeks, leading to December differentials strengthening by 40 to 60 cents a barrel compared with November.

More Chinese spot purchases are likely this week after a unit of Rongsheng released a tender to purchase crude for delivery to Zhoushan in February. Last month, the company surprised traders by purchasing millions of barrels of oil as it prepared to double its crude-processing capacity.

Other processors and trading houses in Japan and South Korea were also picking up cargoes from Qatar and even as far away as U.S., as Asia acted as a bulwark against faltering oil demand in Europe and the Americas.

Outside of North Asia, oil demand also strengthened in India, where refineries have been running at capacity since the first week of November. Petroleum consumption in the South Asian nation saw its first year-on-year increase last month, proving that the fuel guzzler was back on its feet despite rising coronavirus cases.

Refiners including Indian Oil have increased purchases of Nigerian crude this month for loading in December and January, according to traders of West African grades.

Even North Sea crudes, which have been lagging behind other markets, have shown flickers of a recovery. A 2-million-barrel carrying supertanker is now sailing toward Ningbo in China, having floated for a month off the off the U.K. coast. Mercuria Energy Group, one of the world’s top oil traders, was bidding for multiple North Sea grades on Monday in a pricing window run by S&P Global Platts. In recent months, the window has been dominated by sellers.

Caspian CPC Blend, which is rich in naphtha that’s used to make plastics, has also seen growing interest from Asian refineries. At least 7 million barrels for December loading have been sold to India, China and South Korea, compared with about 5 million for November, according to traders. Boosted by the strong Asian demand, CPC Blend was recently sold at about 75 cents a barrel less than Dated Brent, the highest price in five months.