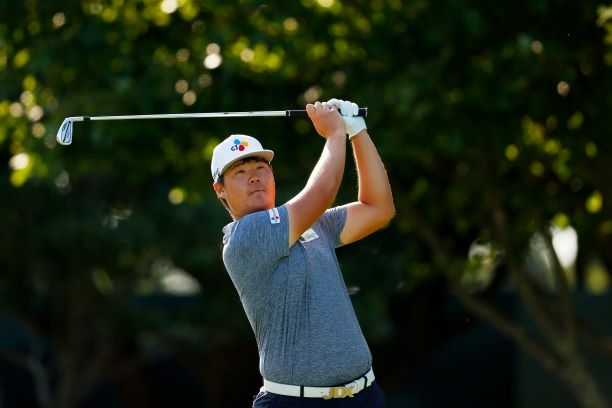 Sungjae Im (Credit to Getty Images) Sea Island, Georgia: After his Masters Tournament high, Korea’s Sungjae Im tees up at The RSM Classic on Thursday eager to capitalize on his rich vein of form as he seeks a second PGA TOUR victory.

The 22-year-old rising star made major history with an outstanding tied second finish in his debut at Augusta National on Sunday to deliver Asia’s best result at the Masters, eclipsing countryman K.J. Choi’s third place result in 2004.

Im headlines the field at Sea Island this week where he will also chase charity dollars for The RSM Birdies Fore Love programme which the top-three players with the most total birdies or better recorded from the first 11 fall PGA TOUR events will earn US$300,000, US$150,000 and US$50,000 for charity. The Korean leads with 123 birdies or better.

“I’ve gained a lot of momentum with this T2 finish. My shots have been fairly consistent the last few weeks, but I wasn’t finishing the way I wanted to. I’ve been patient, waiting for a good performance, and I’m lucky it came at the Masters. My runner-up finish exceeded my expectations. I hope to carry that momentum to the rest of the season. I’m excited for the upcoming year,” said Im, who won The Honda Classic in March.

“I would love to have another victory on the PGA TOUR. I also want to make every cut in 2021. And as always, I want to make it to the TOUR Championship and finish well there (next year).”

Straight-shooting Im got to within one stroke of the lead during the final round of the Masters before eventual winner Dustin Johnson, the reigning FedExCup champion and World No. 1, pulled away to secure a five-stroke victory for his second major title and 24th PGA TOUR win.

Playing alongside Johnson in the final group on Sunday, Im conceded the towering American was simply too good during the week and fully deserved to slip on his first Green Jacket, which is presented to the Masters winner.

“He made golf look so easy. I could understand why he is World No. 1. Even if he made a mistake, he easily overcame the obstacles and converted all of his opportunities. He’s also such a great putter, which makes him such a strong competitor. He has every right to be called the No. 1 golfer in the world,” said Im.

“Since it was my first Masters, I was pretty anxious and excited entering the week. During the tournament however, my short game was great and my tee shots were perfect. I practiced my putting a lot since I was struggling with it so much. It stressed me out because I couldn’t get anything to drop in the tournaments prior to the Masters. I’m glad everything went really well.”

Apart from chasing the top prize at The RSM Classic, which features other leading Asians including Chinese Taipei’s C.T. Pan who finished tied seventh at the Masters, Korean veteran Choi and China’s Xinjun Zhang, Im is hopeful of securing the RSM Birdies Fore Love race for a good cause.

“It will be incredibly significant to know that the birdies I’ve made this season will end up making a positive impact. If I win, I hope the donation makes a difference to the charitable organization I end up choosing. I’ll try my best to make as many birdies. I would like to donate to a charity that will help end the COVID-19 pandemic,” said Im.

Tyler Duncan defends his title at The RSM Classic and faces a strong field which includes last year’s runner-up Webb Simpson, and major champions Justin Rose, Shane Lowry, Danny Willett and Keegan Bradley who are all making their tournament debuts.