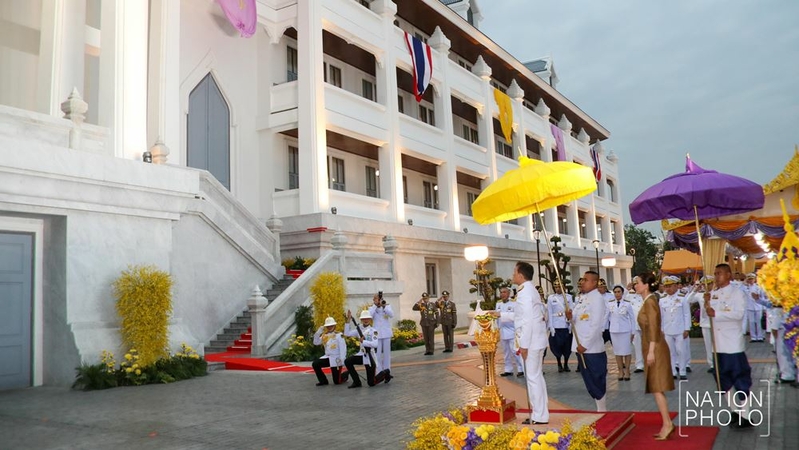 Their Majesties King Maha Vajiralongkorn and Queen Suthida presided over the ceremony to open a new Supreme Court Office in Bangkok’s Phra Nakhon district on Monday.

Their Majesties arrived at the court in the evening and also granted an audience to high-ranking officials led by Metinee Chalodhorn, President of the Supreme Court.

After the ceremony, the King and the Queen also greeted the public who were waiting to meet the royals outside the court.