In his annual year-end message, His Majesty King Maha Vajiralongkorn conveyed blessings and good wishes to all Thais, saying he hoped people would be happy throughout the year.

The King’s speech was delivered from Dusit Palace on Friday at 8pm.

“New Year is a good occasion for us to think about other persons and express good wishes among each other for mutual happiness and prosperity,” His Majesty said. “A person’s happiness and that of the country are inseparable. When facing problems or illnesses, we must not think only about ourselves, but work together as a society. By using compassion, understanding, unity and patience, everyone in society can overcome any hardship together.

“May the Holy Triple Gem and all the sacred things that you revere, as well as the virtues of His Majesty King Bhumibol Adulyadej the Great, protect your families and bless you with good health, strong spirit and intelligence that will help you and the country achieve happiness and prosperity together.”

Khao Kheow Open Zoo is preparing to welcome tourists at the New Year, giving them the opportunity to join in a new close-up experience of watching the life and behaviour of wildlife through the night from your tent.

Director Tewin Rattanawongsawat said the Khao Kheow Night Safari has been in operation for more than 10 years. It will be transformed into a nightlife attraction.

Tourists, he said, would be amazed by the variety of wildlife, including herds of star deer and wild deer as well as gazelles that are naturally active.

Opening from December 24, the event will allow limited participants per night.

The zoo will also hold a New Year celebration on December 31, with a big screen set up to show a movie amid the “wild” environment located near the facility’s big natural pond. Tewin said this would be the zoo’s key selling point this year.

Adults will be charged THB590 per person and children THB250. It’s free for kids under 5 years.

Their Majesties the King and Queen laid the foundation stone on Sunday for a monument to His Majesty King Bhumibol the Great at a new public park being built in honour of the beloved monarch.

The 279-rai park will be completed by 2024 and will showcase royal initiatives launched by King Bhumibol the Great and Her Majesty Queen Sirikit the Queen Mother.

After the foundation laying ceremony, Their Majesties planted auspicious trees and viewed an exhibition featuring the beloved late monarch.

There were also crowds of people waiting in the area to pay their respects and show their loyalty to the Royal Family.

Their Majesties then arrived at the Amarindra Winitchai Throne Hall at the Grand Palace to make merit on the occasion of King Rama IX’s 94th birthday, which is also marked as Father’s Day every year.

After the ceremony, King Rama X paid homage to the relics of his father before returning to Dusit Palace.

Her Royal Highness Princess Maha Chakri Sirindhorn created a special greeting card for the upcoming “Year of the Tiger”, which includes a poem offering Thai people her blessings and advice.

The poem reminds people that patience pays off in the end as depicted in her painting of a sleeping tiger dreaming of an ice-cream cone that it will one day get to enjoy.

The Princess’s poem also said that though the virus will not be wiped out next year, we should all be fine as long as we continue protecting ourselves with facemasks and social distancing. She also reminded people to be kind to each other in times of need.

The Phufa Shop, which is under royal patronage, said on Monday that it will soon start taking orders for products featuring the Princess’s drawing. Orders can be placed via http://www.phufa.org/shop or through its Facebook page @PHUFASHOP 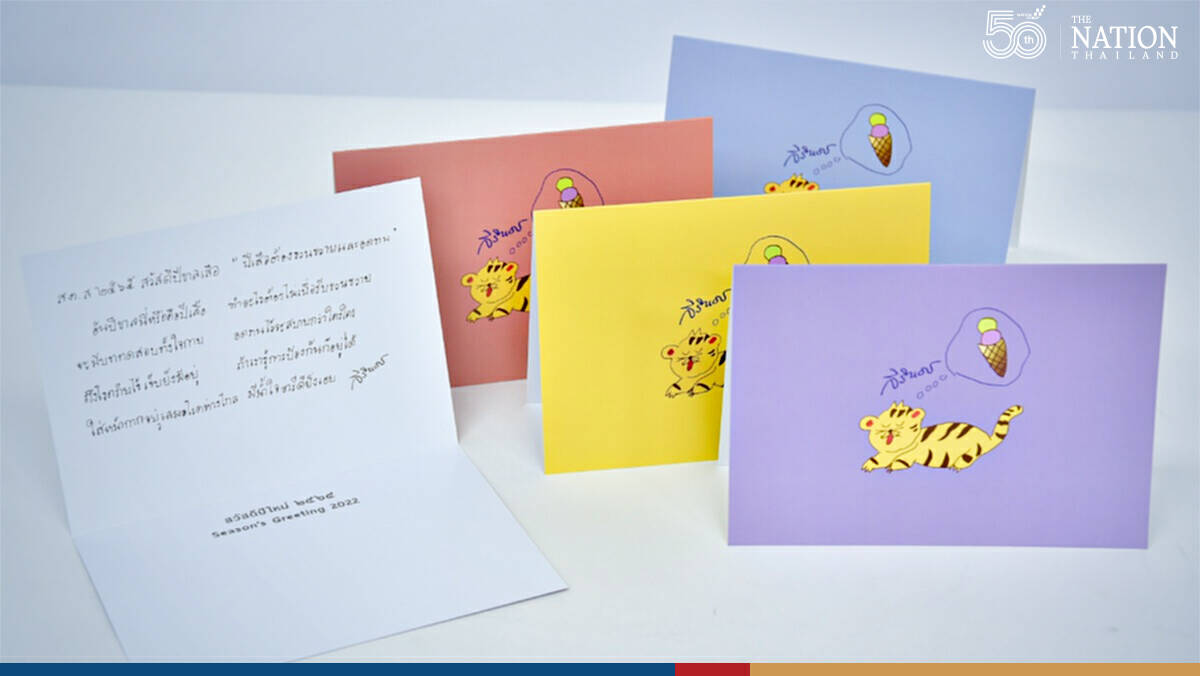 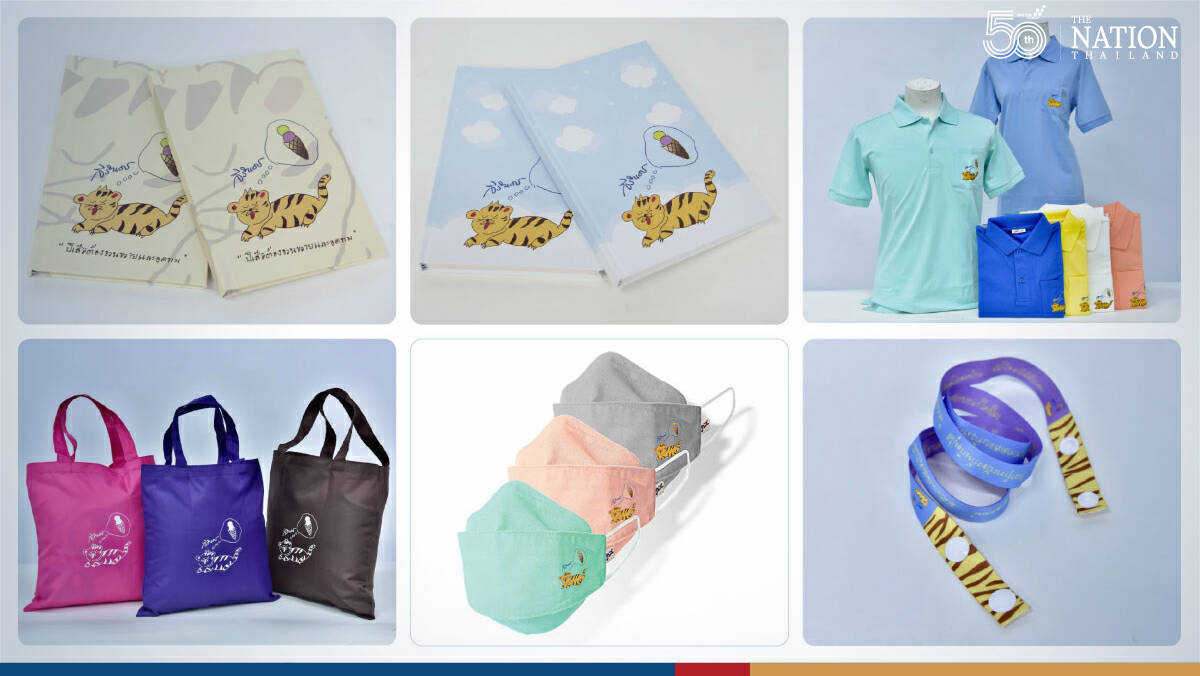 More than 500,000 rai of land in northern Thailand has been swamped by floods so far, with this monsoon season seeing severe storms and intensified rains, according to the Geo-Informatics and Space Technology Development Agency (Gistda) this morning.

The information was based on images captured by the satellite COSMO-1. Gistda added most flooded areas were those agricultural ones.

Also, these images will be passed to flood-relevant organisations, as supporting information of their operation.

AstraZeneca on Wednesday agreed to supply an additional 60 million doses of Covid-19 vaccine to Thailand in 2022.

Under the deal signed with the Thai government on Wednesday, the company will supply all 60 million doses by the end of the third quarter next year.

AstraZeneca said its existing deal to supply 61 million doses by the end of 2021 remains in place. To date, 24.6 million doses have been delivered in 2021, including eight million in September, it added.

The new agreement allows for the government to switch to AstraZeneca’s candidate vaccine AZD2816 if approved by the Thailand regulator. AZD2816 targets vaccine variants such as Delta, the predominant strain in Thailand, and is currently undergoing Phase II/III trials. AstraZeneca said it would confirm the delivery timeline at a later date. 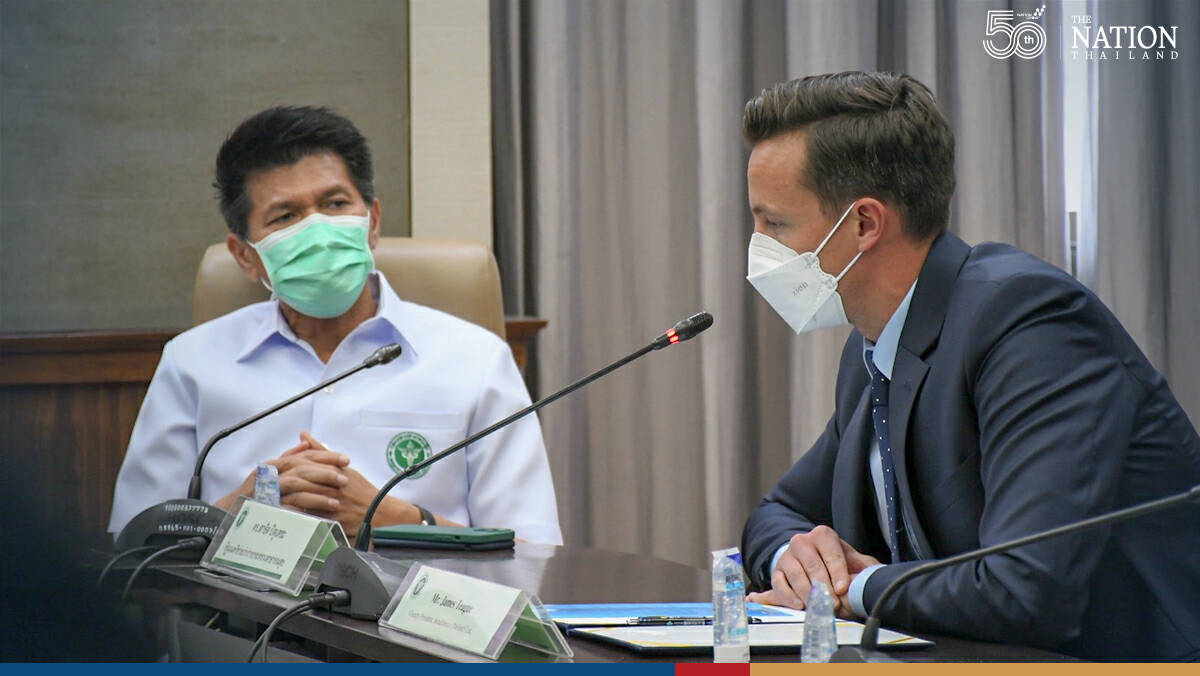 AstraZeneca to supply Thailand with another 60 million doses in 2022

“The new 2022 supply agreement is a major milestone in our support of the Thailand government, to help protect the nation against Covid-19 and bring the rising Delta cases under control,” commented AstraZeneca (Thailand) president James Teague.

Liked by some, loathed by many, novelist Thommayanti’s mixed legacy

On Monday, one of the tallest figures in Thai literature, novelist Khun Ying Wimon Chiamcharoen, better known by her pseudonym “Thommayanti”, passed away at the age of 85.

According to the Writers’ Association of Thailand, Thommayanti died peacefully. The cause of her death was not clearly mentioned, but it could be old age.

Despite being known generally as Thommayanti, Wimon in fact had other pen names, such as Laksanawadee, Rose La Reine and Kanok-lekha.

Wimon was born on July 10, 1936, in Bangkok. After graduating from Khemasiri Memorial School, she attended Thammasat University, studying law and then changing to business.

During her time at the university, she was active in debates, together with two future prime ministers — Chuan Leekpai and Samak Sundaravej.

In the third year of her studies, she left the university and became a teacher at St Joseph Convent School in Bangkok. She also started work towards becoming a professional novelist at this time, and continued her career until she was 70.

Wimon was chosen as a member of the National Legislative Assembly of Thailand in 1977, and a senator in 1979. In addition, she was promoted as director of the Bangkok Mass Transit Authority in 1984.

In 2012, the novelist was honoured by the Ministry of Culture as National Artist for literature.

Thommayanti reportedly wrote short stories since she was 14, and published some of them in magazines. Her first long story was “Nai Fun” (In the Dream), written and published serially in a magazine when she was 19.

Thommayanti’s works covered many themes, namely, romance, nationalism, fantasy, religion, revenge, even LGBT love. Some of her novels were adapted as TV series, films or musicals more than once.

In a long career, Thommayanti was prolific, churning out over 100 novels. Her last work was “Chom Sassada” (The Great Prophet), a novel about Lord Buddha, which she had planned in advance to be published after her death.

Several youngsters of the present generation do not like Thommayanti, due to her political views and past controversial stance.

In 1976, the novelist played an important role in the “housewife society”, a group of wives of military generals set up to defend the US. She attacked student protesters at the time, accusing them of destroying Thailand’s good relationship with the US.

The right-wing government she backed then came down heavily on leftist protesters, with a gruesome crackdown that became known as “Massacre of October 6”. Her political positions have made her an anathema for pro-democracy activists.

After her death was announced, a record of Wimon’s radio broadcasts on politics was published and shared online. The broadcast was described as one before the massacre.

Bangkok among 8 tourism provinces to reopen in October

Health and tourism officials approved guidelines for the reopening at a meeting of the national medical hub board on Wednesday.

The reopening is in line with the prime minister’s 120-day deadline, announced in June.

The medical hub board also proposed measures to speed up development of Thailand’s four home-grown Covid-19 vaccines. These are Chulalongkorn University’s ChulaCov19, Baiya Phytopharm Co’s Baiya vaccine, Government Pharmaceutical Organisation’s HXP-GPO Vac, and Biotech’s nasal-spray vaccine. The board will ask the Cabinet to boost the vaccine-development budget and allow the Food and Drug Administration FDA to cut the registration period for Thai-made jabs. 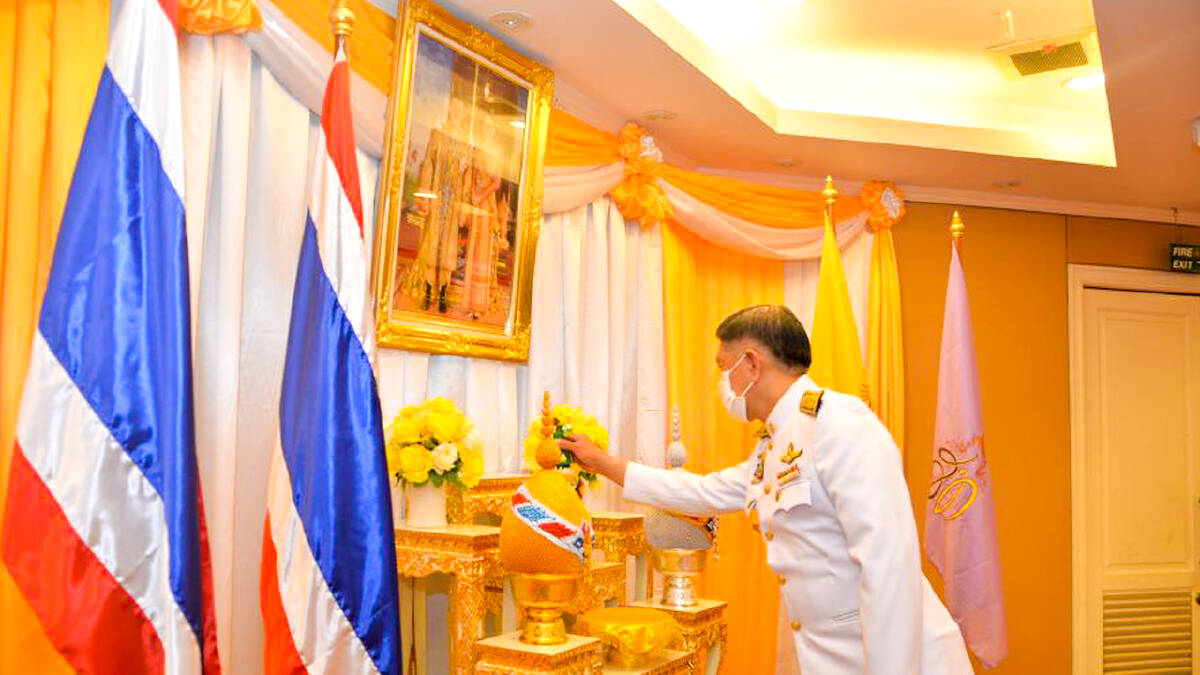 The donated medical equipment was received in a ceremony held beneath a portrait of the King and Queen by Dr Suksan Kittisupphakorn, the department’s director. He said the department is grateful for the Royal kindness and will use the equipment to help treat the rising number of Covid-19 cases in the metropolitan area. 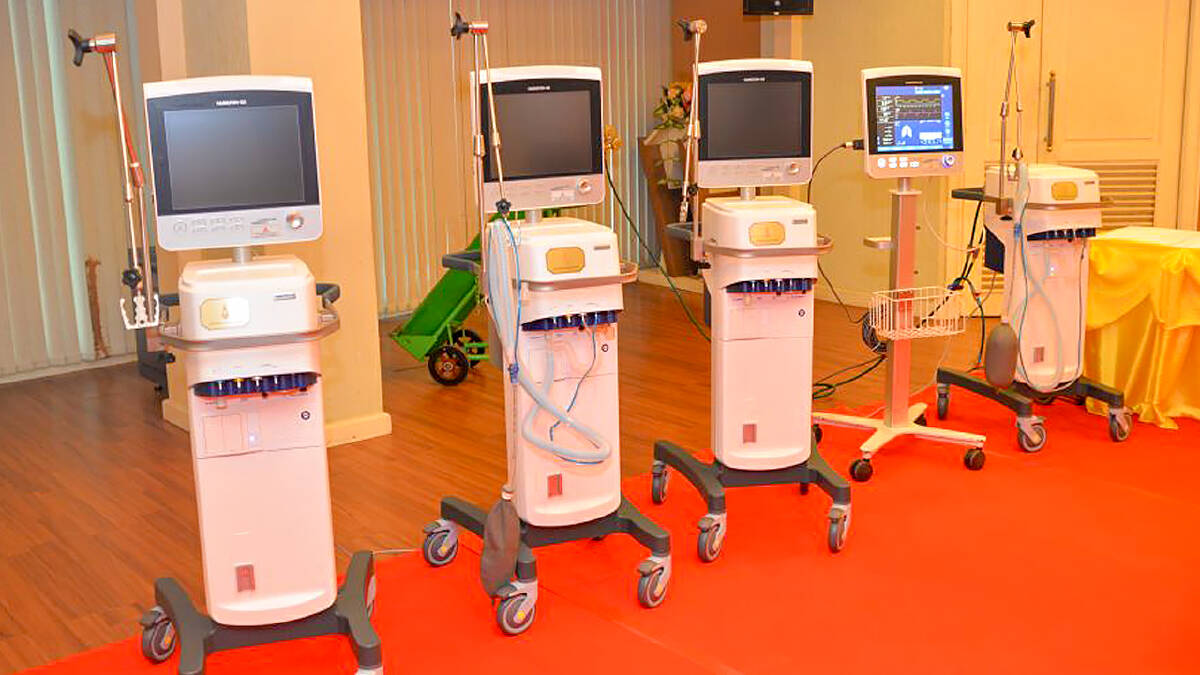 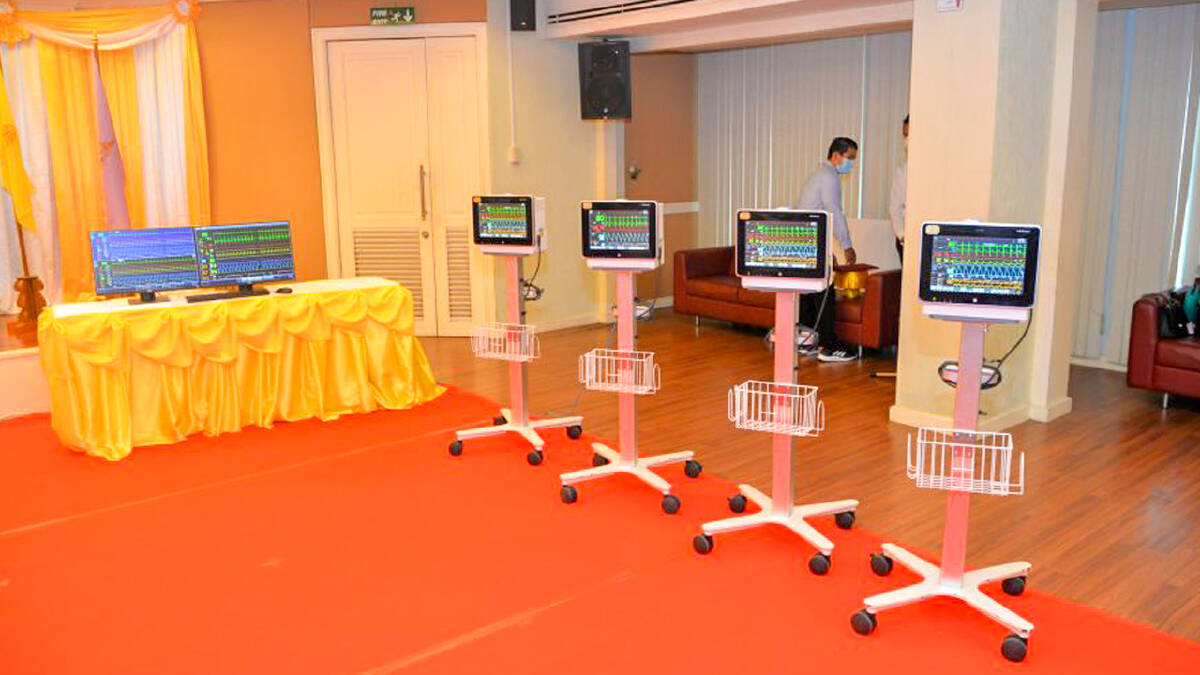 Bangkok reported 4,178 new infections on Thursday, taking cumulative cases in the province since April 1 to 259,155. 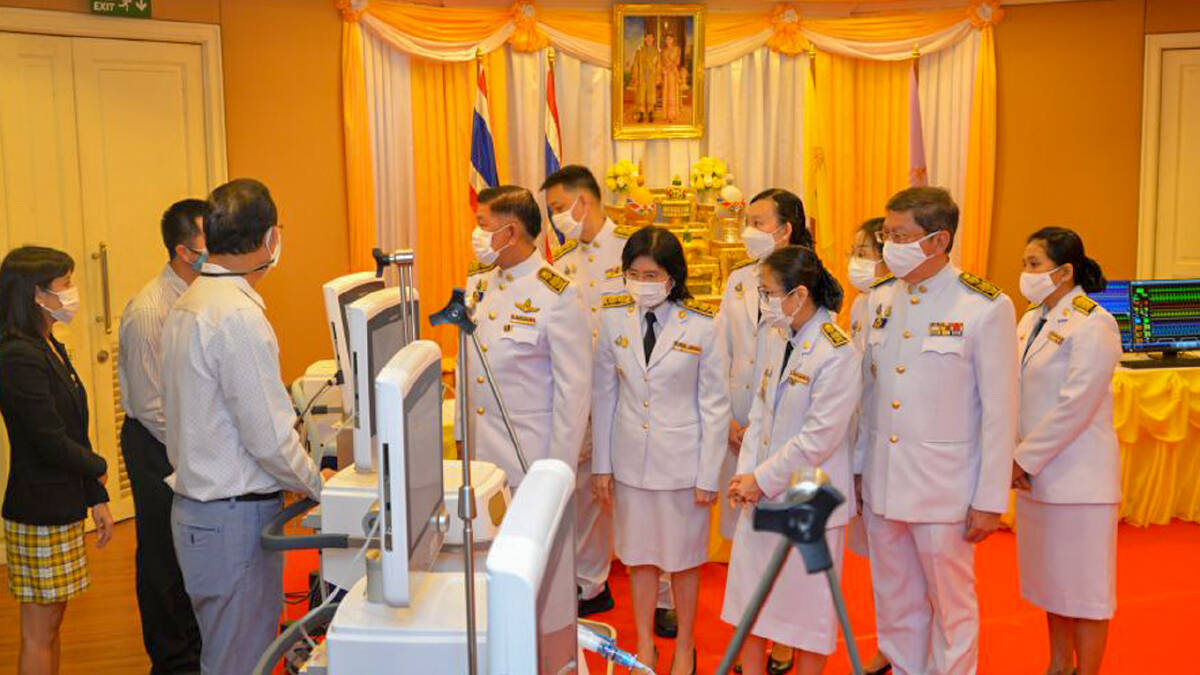 The Bank of Thailand and the Ministry of Finance have jointly implemented two key measures to help businesses cope with the economic fallout of the Covid-19 crisis, Thanakorn Wangboonkongchana, spokesman for the Centre for Economic Situation Administration (CESA), said.

Credit will be provided to business operators as rehabilitation measures, with a credit limit of THB250 billion. More than THB92.3 million has been approved to 30,194 applicants, with an average approval limit of THB3.1 million per person.

Another measure will allow the transfer of collateral assets up to a total of THB100 billion for debt repayment but by giving the business operator the right to buy the property back later. The value of transferred assets so far is THB10.51 billion for 65 people.

The CESA spokesman said that for the remedial measures and economic rehabilitation in the country, there were 38.25 million accumulated users with cumulative spending of THB66.15 billion.

The Ministry of Finance is in the process of accelerating the linking of the food delivery platform system with the “Kon La Khreung” (Let’s Go Halves) economic stimulus scheme, which is expected to be ready for use in October to coincide with the second transfer of THB1,500.