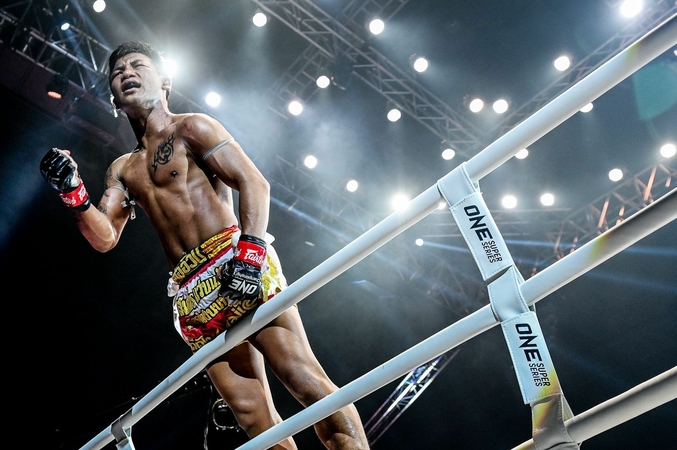 Reigning ONE flyweight muay thai world champion Rodtang “The Iron Man” Jitmuangnon of Thailand is gunning for an explosive debut in ONE Super Series kickboxing next week.

The 23-year-old Bangkokian will square off against Alejandro “El Puma” Rivas of Spain in a three-round battle at ONE: Fists of Fury, broadcast live from the Singapore Indoor Stadium in Singapore on Friday, February 26.

Rodtang has carefully studied his upcoming opponent and come up with a solid game plan for his first fight in 8-ounce gloves.

“I’ve watched his fights. He is very good with that K-1 style. And he’s also a professional kickboxer, so he has experience. He’s been doing this for a long time. Depending on what happens in the fight, I’ll make the necessary adjustments. We’ll see how it goes,” said Rodtang.

“He has good speed, he’s fast on his feet and has solid defence. I’m working with my team on crafting the right game plan to break into his defence. I’m training hard to put that plan into motion, get on the inside, and do some damage.”

Rodtang captured the ONE flyweight muay thai belt in 2019 with a unanimous decision over former titleholder Jonathan Haggerty before making three successful defences.

Now, he’s coming after the kickboxing title, and Rodtang is determined to get himself on the right track with a win over Rivas.

“I have a very good reputation, but I think this is a new sport for me. He [Rivas] might think of me as one of the toughest athletes he will face in his career, but this is my first time in kickboxing and the pressure is on me to win. I have dreams of competing for a kickboxing world title one day,” said Rodtang.

Also on the card is kickboxing legend Giorgio Petrosyan, along with the debut of rising teenage star Victoria “The Prodigy” Lee.

Rodtang is ready for perhaps the toughest test of his career, entering a new sport with expectations at an all-time high. The 23-year-old is confident he can put on a solid performance, and perhaps even score another scintillating stoppage.

“My biggest strength is my warrior heart. I never back down, I always come forward, no matter the opponent. I’m always looking for the finish at every moment. I want to knock him out and show the world that I can conquer this mountain. I think this fight is going to steal the show,” said Rodtang.

“One thing I can promise is that my fight is going to be fun and explosive, as always.”