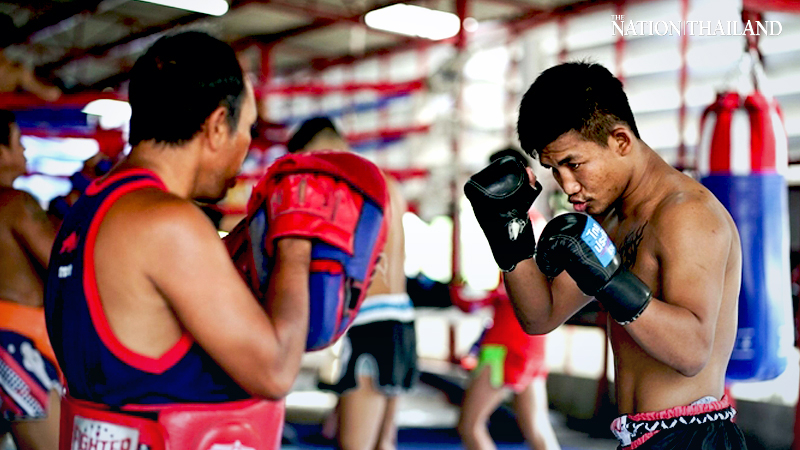 Four-time ONE Flyweight Muay Thai World Champion Rodtang “The Iron Man” Jitmuangnon of Thailand is primed and ready to enter the biggest fight of his professional career — not because of the opponent he faces in the Circle, highly-rated former WMC Muay Thai World Champion “Mini-T” Danial Williams. But because of the sheer magnitude of the event at hand.

Rodtang and Williams lock horns at “ONE on TNT I,” the first of a four-part event series scheduled for live broadcast on Wednesday, April 7 (Thursday, April 8 in Asia) from the Singapore Indoor Stadium in Singapore. It’s a non-title Muay Thai bout at a catchweight of 61.5kg.

For the first time in his career, Rodtang will perform in front of millions of fans in the United States, with the show airing on prime time.

“I’m happy, and honored to be fighting on this card. It’s the first time I can perform in front of a live American audience, and I’m excited. I can’t wait until fight night. As usual, I will try to make the fight a fun one for fans. I always come to entertain and impress. I want to showcase my full capabilities in this fight,” Rodtang told ONE Championship.

“I don’t care if I win or lose. What matters to me is putting in the effort and giving it all I have in every fight.”

Rodtang joined ONE Super Series, ONE’s all-striking arm, in 2018. Since then, he’s remained unbeaten, capturing the Muay Thai World Title in the process, while putting together a thunderous run through the ranks featuring highlight reel performances and frightening knockout power.

He’s hands down one of the most exciting fighters in the promotion. But very little fans from outside of Asia are familiar with his career, let alone know how to spell his name.

That’s all about to change, according to the 23-year-old Thai superstar.

“Obviously there’s a lot of pressure on me in this fight. Millions of people will be watching around the world. ONE Championship has a collection of the best Muay Thai fighters in the world, but they chose me to be on this card, to represent this sport. It’s a huge opportunity for me, but it’s also a huge responsibility,” said Rodtang.

The “ONE on TNT” series will air every Wednesday in the United States from April 7 for four weeks. Each week will include a preliminary card digitally streamed exclusively on the Bleacher Report App and B/R Live from 9 p.m. to 10 p.m. ET, followed by three main card fights televised exclusively on TNT in the U.S. at 10 p.m. ET. It will be available in Thailand on Thursday 8 April on ONE Super App, ONE Championship youtube and AIS Play at 7:30 AM

Rodtang promises his fans back home in Thailand a resounding win on his biggest stage yet.

“To all my fans, I’m coming for an impressive victory, one that you will enjoy watching. I’ll bring the victory back home to Thailand,” said Rodtang.