Thai supercar champ Sandy back in cockpit to defend title 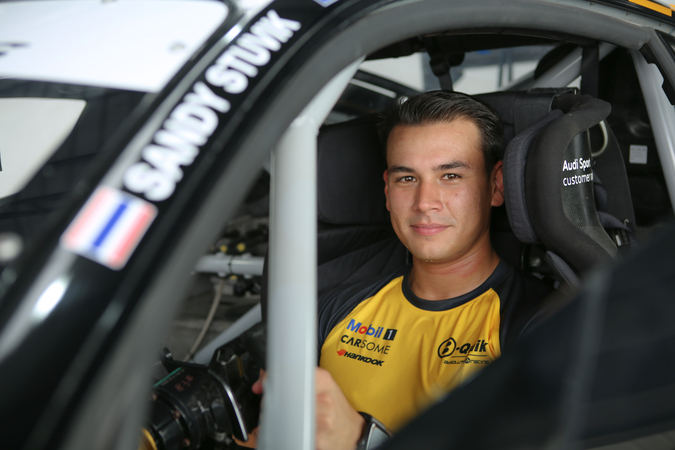 The first round will take place on April 23-25 at Chang International Circuit, in Buriram.

Thailand Super Series is the largest and most professional racing series in Thailand, with GT3 being the premier category.

Sandy’s teammate in the B-Quik Absolute Racing team will be announced soon.

This season will consist of eight races in four rounds – three rounds at Chang International Circuit, in Buri Ram, and one round at the prestigious Bangsaen Grand Prix in Chonburi.

“I will do my best to add a third championship to my name,” said Sandy.

“The team has been working hard during the off-season, and I feel that we are readier than ever before. See you at round one!”

Sandy also plans to compete in the GT World Challenge Asia with the support of Audi Sport Customer Racing Asia, if organisers decide the series can take place safely.

“We are excited to join forces with the reigning champion of the Thailand Super Series, Sandy Stuvik, a homegrown talent in Thailand who shares the same aspirations of being the best. We look forward to a fruitful partnership through this unison of champions and we wish Sandy the best in both series this year,” said Carsome co-founder and group CEO, Eric Cheng.