Korea’s Im believes his time will come at The Masters 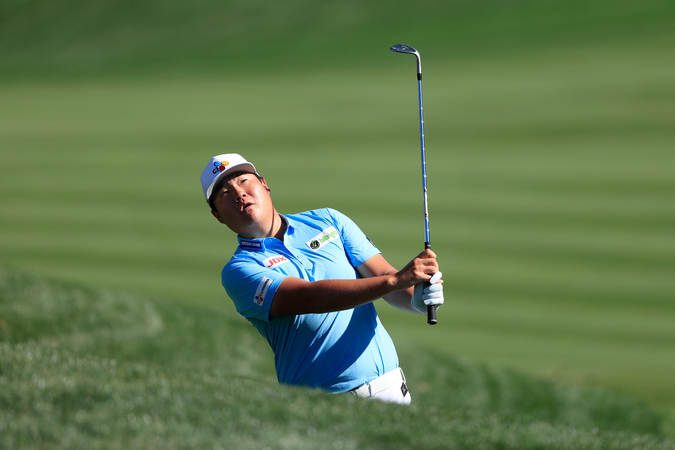 The Korean rising star rose to the occasion at Augusta National during his first visit and briefly threatened eventual winner Dustin Johnson in the final round before settling for tied second place alongside Australian Cameron Smith.

The ultra-talented Im, the highest ranked Asian golfer on the PGA TOUR’s FedExCup points list and Official World Golf Ranking at 19th position, got to within one stroke of Johnson before the powerful American shifted into fifth gear and raced to a five-shot victory.

“Last year at the 5th hole, I was just one behind Dustin which made me think at that point ‘I could really win today’. Unfortunately, I finished runner-up but this was an incredible result for me in a major. With that performance, I think I’m certainly competitive enough to win major tournaments in the near future,” said the 23-year-old, whose performance eclipsed countryman K.J. Choi’s third place finish in the 2004 Masters as the best Asian result here.

Im enters the year’s first major in typically solid form. In nine stroke play events to date in 2021, he has two top-10s, four top-25s and have not missed a single cut on TOUR. He will no doubt ride on some good vibes from last year’s impressive showing, and with a little more experience behind his burgeoning golf career.

“The most memorable moment was that I could stay in the top-10, which really amazed me, and also playing with Dustin, who is the best player in the world. This is one event that I will remember the most and playing at Augusta National made me feel proud as I’ve always watched this tournament on TV when I was young,” said Im, who has one victory on the PGA TOUR.

“I played very well last year, and I hope to play the same this week. I hope I can make another top-10 or get near the top this week. Augusta National’s greens are so fast and they have big slopes and I need to set my strategy right to be in the best positions. Course management will be important,” he said.

To him, the Masters Tournament and its traditions set it apart the other major championships.

“The Masters is definitely the biggest among all four major events. I’m eager to compete for the Masters title and win the green jacket. It’s a dream for everyone. If we win it once, we get an exemption into the tournament for rest of our lives. This makes winning extra special here,” said Im.

With fans returning to the Masters this week after being barred on site last November due to the COVID-19 pandemic, Im is feeling a bit anxious ahead of his second appearance. “Players who played here with spectators have shared their experiences and some of them said they were quite nervous with spectators watching on the golf course (because of the added pressure). I think I would be slightly nervous too playing in front of crowds,” he said.