Mu Ko Phi Phi National Park has warned tourists not to catch starfish and click pictures of the creatures as this would have a negative impact on natural resources and go against the National Park Act 2019.

The Department of National Parks Wildlife and Plant Conservation (DNP) public relations office posted on its Facebook page on Wednesday that anyone who catches marine animals in national parks, lures them away from their habitat, endangers them in any way, or takes out wild animals will be liable to imprisonment of up to five years, or be fined up to THB500,000, or both, according to the National Park Act 2019.

The DNP’s post made news after some tourists at Hat Nappharat Thara-Mu Ko Phi Phi National Park in Krabi shared pictures online of themselves catching colourful starfish and stacking the creatures together. Such actions are inappropriate and could cause injury or death to the starfish, the DNP’s post read.

After the pictures went viral, Nopparat Thara Beach-Phi Phi Islands National Park officials installed a sign asking tourists not to catch or touch starfish or any other sea creatures. Tourists are allowed to capture beautiful photos, but must strictly follow instructions by officers, the post said.

“Travelling in natural attractions requires cooperation from tourists, who should strictly follow official rules and instructions in order not to cause any negative effects and to have the least impact on natural resources. If anyone discovers any illegal action related to natural resources, call hotline 1362 hotline, which is open 24 hours a day,” the post added. 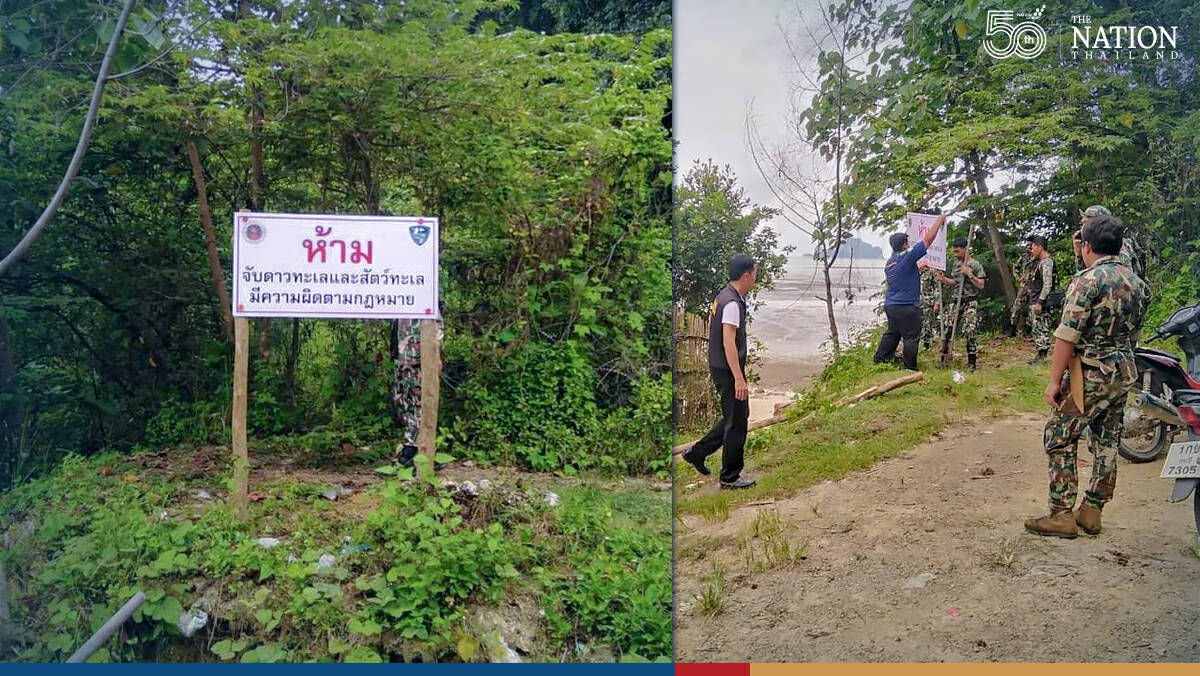