One-time Ladies European Tour champion Kanyalak Preedasuttijit fired an opening 65 to share the lead with 16-year-old boy Ramil Saelim after round one of the Bt3 million Thailand Mixed hosted by TrustGolf at the Lake View Resort and Country Club in Cham-Am, Petchaburi on Thursday.

The 23-year-old from Chonburi who claimed her biggest career win in the 2018 LET Thailand Championship at the Phoenix Gold Golf and Country Club sprinkled her round with eight birdies against a lone bogey on the 16th hole at the par 72 6,915-yard layout for the men and 6,269 for the women.

Since her victory in the home LET, Kanyalak had never again been on a lead in any tournament. But playing four successive events including a Thai LPGA event in Petchaburi last week (where she settled at tied 15th) helped her regain a long lost confidence.

“I barely touched my equipment during the COVID-19 break. But my game has started picking up after playing three tournaments coming here. I feel good about my game especially my tee shots and putts,” said Kanyalak, hoping to stem the three-year drought of title. 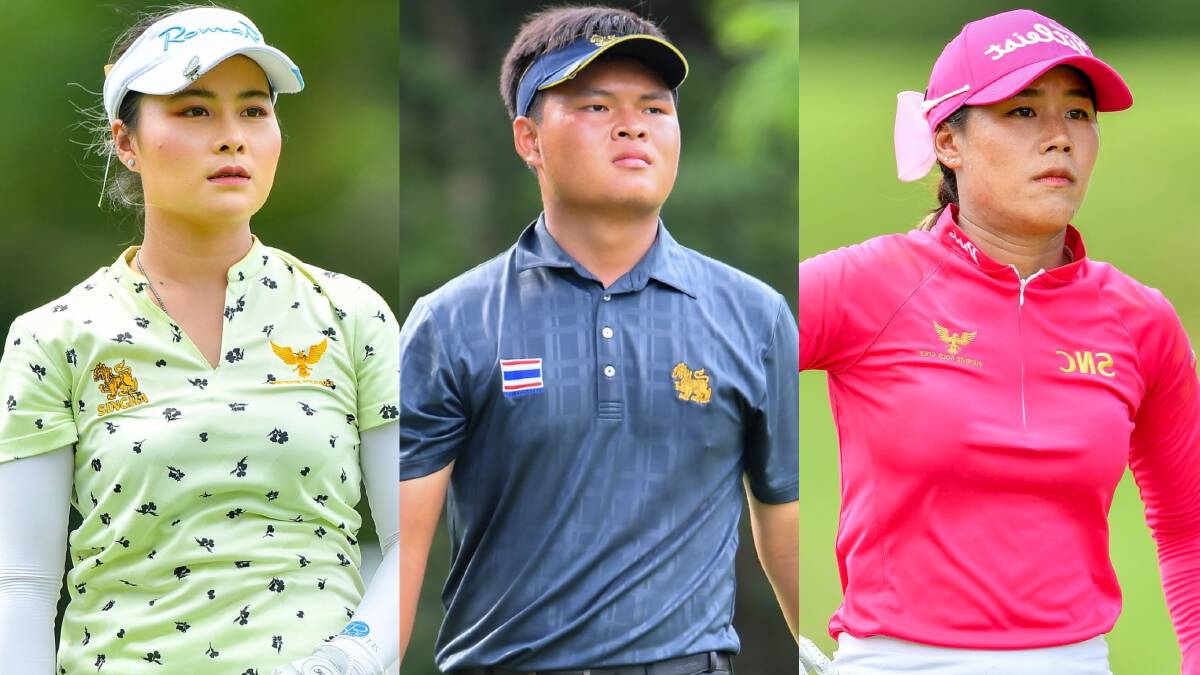 “I don’t want to set my goal too high at this point, but I wouldn’t mind winning again. I just have to hit the fairways, create more birdie chances and make some great putts,” added Kanyalak who just competed on this course three weeks ago in a Thai WPGA event.

Amateur Ramil who won the TrustGolf Amateur Qualifier at this course last week relied on his familiarity with the landscape to submit an unblemished scorecard highlighted with seven birdies.

“I played incredibly well. My approach shots went to the flag positions and my putts were reliable. Playing here two weeks in a row really benefits me. I feel so proud that all the hard work starts paying off,” said the boy from Phitsanulok who is a protégé of Chapchai Nirat, winner of the last Thailand Mixed event in Chiang Mai in April.

A stroke behind at lone third was  Chommapat Pongthanarak, winner of the Thai LPGA event in Khon Kaen two years ago. Her round of 66 featured eight birdies against two bogeys.

Four-time Asian Tour victor Chapchai, a co-winner along with Prom Meesawat in the second Thailand Mixed eventl, enjoyed an eagle on the 12th hole plus five birdies against two bogeys to sit two shots off the lead.

“I didn’t expect to do well because I’ve been out of competition since I won the Thailand Mixed in Chiang Mai. I’ve focused on teaching youngsters at my academy and really lack in practice. However, I try to use the basic knowledge that I reach the kids to get through today’s round,” said the 38-year-old Chapchai who shared the trophy with Prom in the last Thailand Mixed due to bad light after they were tied in the play-off. Joining Chapchai at tied fourth were Sangchai Kaewcharoen and Wanchana Poruangrong, each with a 67.