20 killed as train rams into bus in Chachoengsao

A train crashed into a bus in Chachoengsao province on Sunday morning, reportedly killing 20 bus passengers, while 15 injured people were rushed to the local hospital.

The 60 bus passengers from Samut Prakarn province were heading to join a religious ceremony in Chachoengsao. 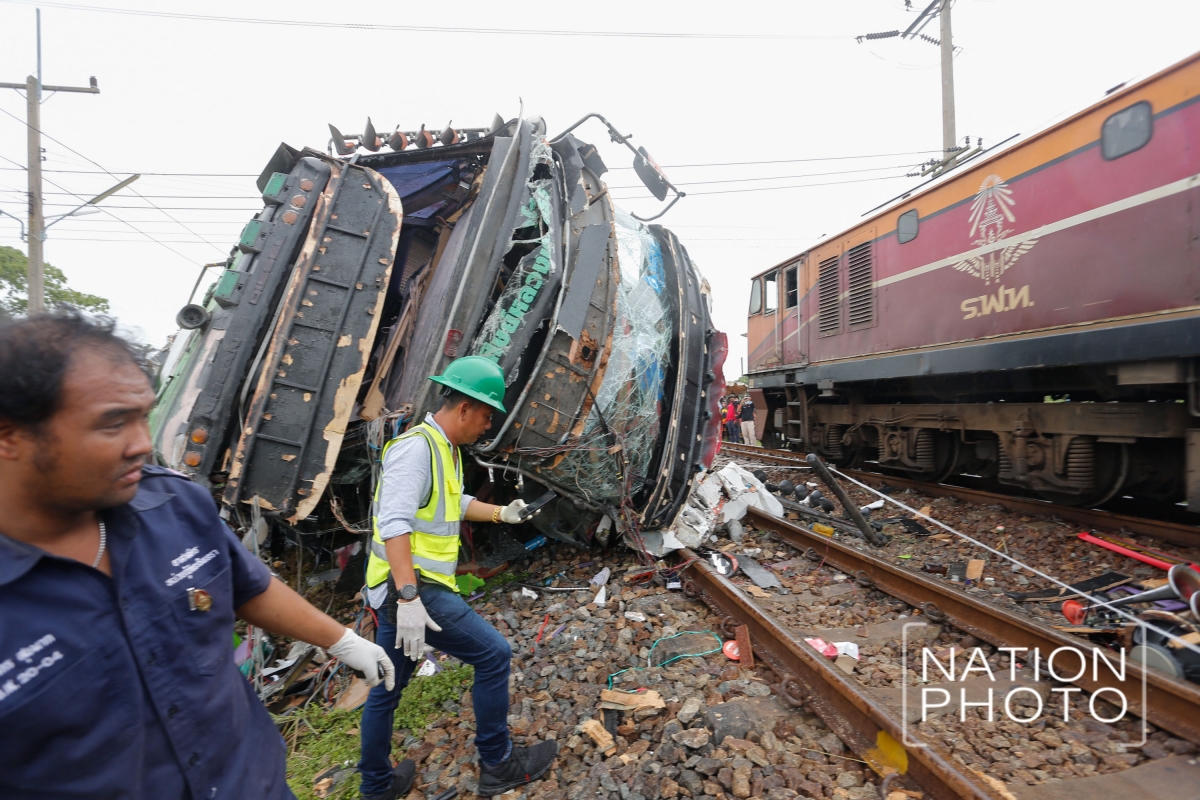 According to eyewitness accounts, the bus driver had stopped at the railway crossing for a train but he reportedly did not notice the alarm for another train coming from the other direction.

Locals said that the alarm station was abandoned and the spot blocked the sight of oncoming trains.

The bus was entirely destroyed while police were investigating the cause of the accident. Rescue teams have rushed to the site.