The Marine Department has increased screening measures for vehicles entering Phuket via sea channels at all piers in the province in line with measures to prevent imported cases that could affect the sandbox programme, director-general Witthaya Thamuang said on Wednesday.

Phuket’s governor had issued an order barring vehicles from entering the province from August 3 to 16, as part of stricter Covid-19 preventive measures. Exceptions are being made for ambulances, vehicles of rescue staff and financial institutions, and transport of medical tools, chemicals, medicines, animal feed, agricultural products, fuel, parcels, machines, construction material and auto parts.

“The measures also aim to increase travellers’ confidence in the linked tourism campaign called “7+7 Island Hopping”, which allows vaccinated tourists who have stayed in Phuket for seven days to travel to other nearby islands in Surat Thani, Krabi and Phang Nga for another seven days,” Witthaya said.

“However, under increased screening measures, tourists who leave Phuket for other provinces will not be allowed to enter Phuket again as they will not fit the exceptions to enter the island,” he made clear.

“Furthermore, tourists who get on boats that leave Phuket for diving activities in territorial waters of other provinces will not be allowed to return to the island even if they do not disembark anywhere throughout the trips,” he warned.

“[However], the department has presented this issue to Phuket’s communicable disease committee to find a workaround to facilitate tourists under the sandbox programme,” Witthaya added.

The starting date of the 7+7 Island Hopping programme is yet to be announced as it is still pending approval from the Centre for Covid-19 Situation Administration.

Ministry of Public Health reported on Thursday (August 5) morning that in the past 24 hours there are 20,920 new patients who tested positive for Covid-19, 262 of whom have been found in prisons.

Death toll increased by 160, while 17,926 patients were cured and allowed to leave hospitals.

Less rain is likely across Thailand but the North will still experience isolated heavy showers as the southwest monsoon prevailing over the country, the Andaman Sea and the Gulf of Thailand is weakening, the Meteorological Department said on Thursday.

It warned people in the North especially to beware of severe conditions that may cause flash floods.

The department also advised all ships to proceed with caution and small boats to stay ashore as waves in the upper Andaman Sea are 2-3 metres high and more than 3 metres during thundershowers.

As for tropical storm “Lupit”, the department said it is presently over the coast of southern China and expected to move towards Taiwan from August 6 to 7 but will not affect Thailand.

Here’s the weather forecast for the next 24 hours:

North: Thundershowers in 70 per cent of the area with isolated heavy rains; temperature lows of 23-25 degrees and highs of 30-34 degrees Celsius.

Northeast: Thundershowers in 30 per cent of the area; temperature lows of 24-26 degrees and highs of 32-35 degrees Celsius.

Central: Thundershowers in 30 per cent of the area; temperature lows of 23-25 degrees, highs of 34-36 degrees Celsius.

East: Thundershowers in 30 per cent of the area; temperature lows of 25-28 degrees, highs of 32-35 degrees Celsius; waves 2 metres high and over 2 metres during thundershowers.

South (east coast): Thundershowers in 40 per cent of the area; temperature lows of 23-26 degrees, highs of 32-35 degrees Celsius; waves 1-2 metres high and 2 metres during thundershowers.

South (west coast): Thundershowers in 40 per cent of the area; temperature lows of 20-25 degrees, highs of 30-34 degrees Celsius; waves 2-3 metres high and over 3 metres during thundershowers.

Bangkok and surrounding areas: Thundershowers in 30 per cent of the area; temperature lows of 26-28 degrees, highs of 33-36 degrees Celsius.

Thailand’s unemployment rate in the first half of 2021 rose to a five-year high of 1.96 per cent, according to the latest job market survey conducted by JobsDB.

However, overall job demand in online platforms and channels rose 6.7 per cent compared with the second half of 2020.

The survey also shows the ratio of job vacancies to job applications is 1:80.

JobsDB said it would organise another virtual career fair in September to support Thailand’s labour market.

The Thai government is preparing its Third Round of Universal Periodic Review (URP) reports to present to the United Nations Human Rights Commission in August-October, government spokesman Anucha Burapachaisri said on Wednesday.

He added that the government believes sustainability is possible when civil society, the private sector, volunteers, women, children and other sectors are encouraged and make meaningful contributions to society and governance, especially under the epidemic situation of Covid-19.

The spokesman said the government’s actions focused on the protection and promotion of human rights and its future direction, including the protection of development rights, eradication of poverty, and access to public utilities.

The review also covers improvements made to the Anti-Human Trafficking Act, BE 2551 (2008), namely the definitions “Perform any acts to illegally obtain benefit for themselves or other persons” and “forced labour or services”. The government also vows to increase measures to help and protect the welfare of victims of forced labour.

Meanwhile, the UPR also covers work on rights of specific groups, such as laws protecting children from online media, gender equality in the workplace, a draft act on the Protection and Promotion of Ethnic Livelihoods, the Partner Act draft to enable LGBT people to register their marriage partners, and the drafting of the Act on Prevention and Enforced Disappearance, which is currently being reviewed by Parliament.

Chulalongkorn University’s Faculty of Medicine is seeking healthy volunteers for human trials of its ChulaCov19 vaccine in elderly people. To be eligible, volunteers must be 56-75 years old with no underlying disease and never have been infected with Covid-19 or vaccinated.

Those who meet the preliminary criteria will be invited to participate in screening from August 3-10 August while vaccination will start at the end of August.

The ChulaCov19 vaccine is an mRNA vaccine made from fragments of the coronavirus’ genetic material. When the body receives this tiny piece of genetic material, it builds the spike protein and stimulates the immune system to fight the virus.

Bangkok Metropolitan Administration (BMA) is rolling out 24-hour Covid-19 hotlines to cover all 50 districts of the capital, in a bid to tackle the growing outbreak, BMA Governor Aswin Kwanmuang said on Wednesday.

“Due to the rapid increase in the number of Covid-19 infections, the BMA has set up ‘Covid-19 District Hot Lines’ in cooperation with the National Broadcasting and Telecommunications Commission [NBTC], and National Telecom Plc [NT], along with True, DTAC, AIS mobile network companies.”

Twenty hotlines will connect directly to each of 50 district offices, with staff available to take calls 24 hours a day, he added.

“Some districts started operating the hotlines on August 1, and all 50 districts should be ready to launch the service soon.”
Aswin said callers will be assessed and prescribed treatment accordingly. “Those who are able to practice home isolation will receive instructions from the staff, and those who require community isolation will be transported to the centre and treated by medical staff.” Patients or their carers can call their local district office to receive help instantly, said the governor.
Covid-19 patients with a positive antigen or RT-PCR test result can call 1330 or the district office hotlines to receive home isolation or community isolation treatment. The patient’s information will be logged on the National Health Security Office (NHSO) database, and appropriate treatment provided. 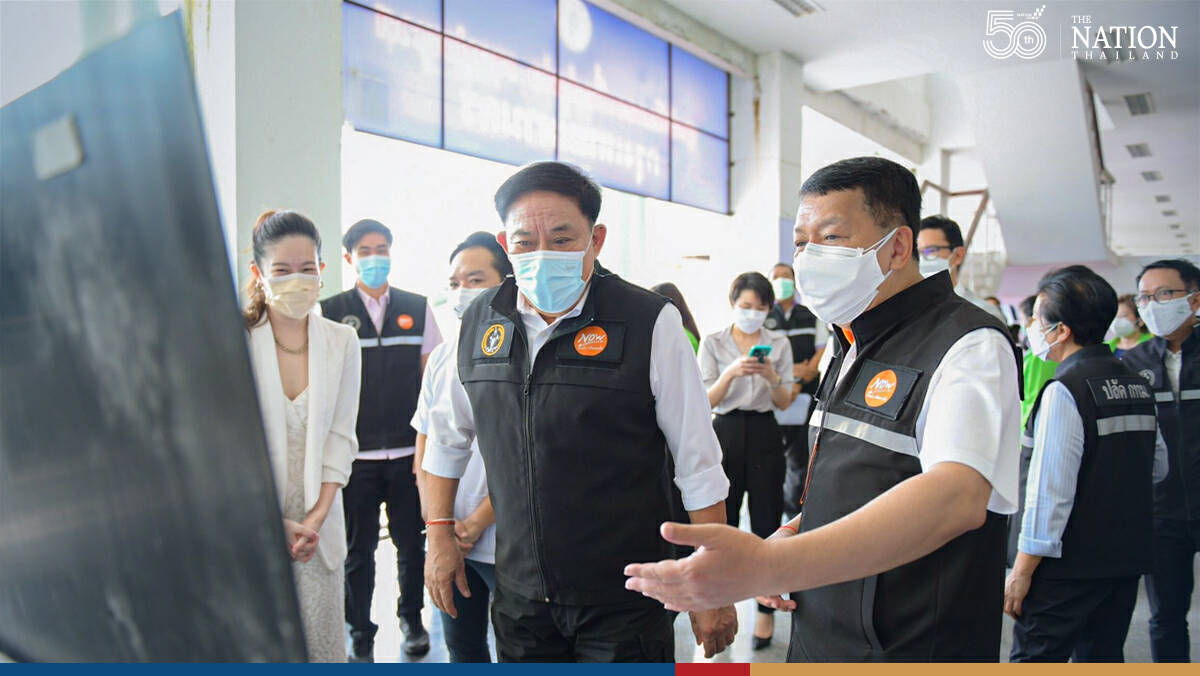 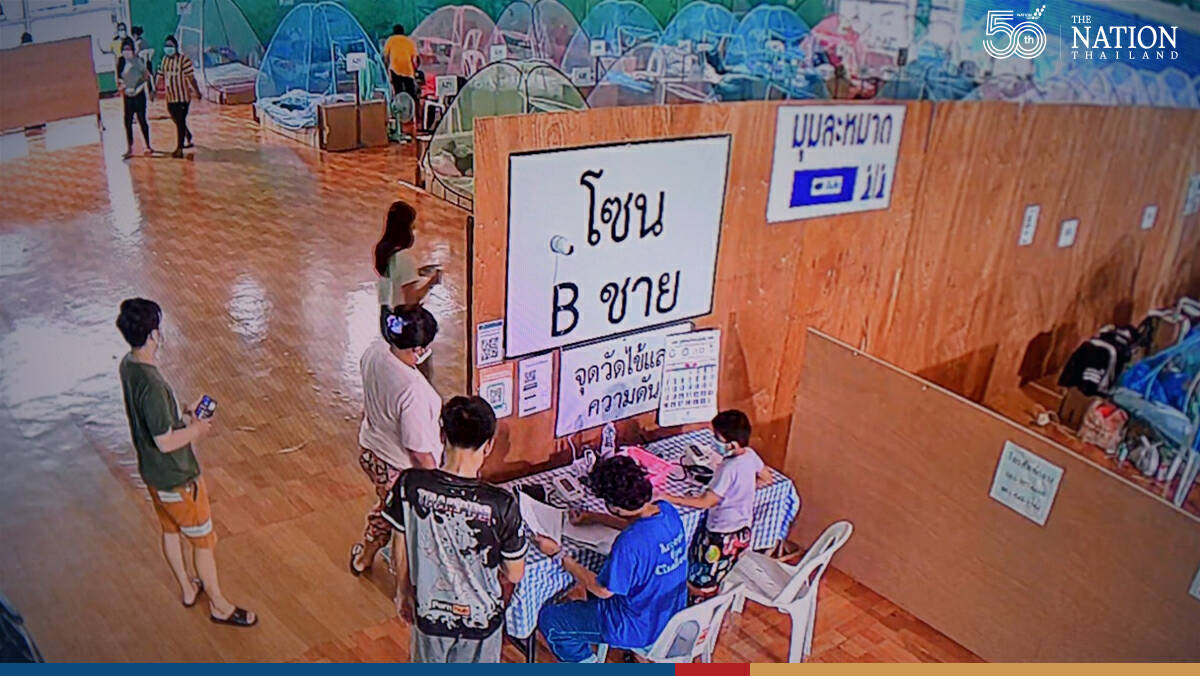 Thai agricultural exports rose 20 per cent in the first six months of 2021, driven by soaring sales of fresh fruit, the Commerce Ministry revealed on Wednesday.

“Durians saw the biggest jump in exports at 58.24 per cent year on year, followed by longan [up 51.43 per cent], mango [50.09 per cent] and banana [18.59 per cent],” said Phusit Rattanakul Sereeruengsit, director of the Ministry’s Trade Policy and Strategy Office (TPSO). 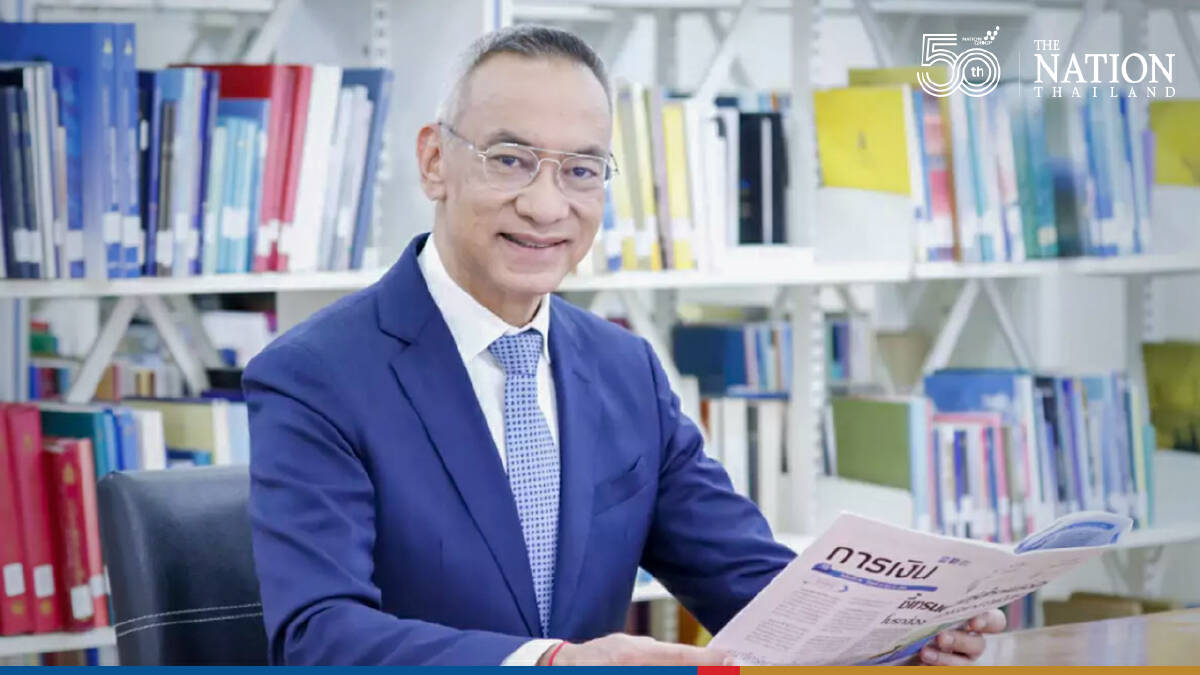 “China is still our biggest export market for fruits, accounting for over 83 per cent of Thai fresh fruit exports. Markets such as Hong Kong, Vietnam, Malaysia and South Korea are also displaying a trend of rising demand,” he added.

Thai fresh fruits exports to China in the first half of the year were worth THB74.53 billion, increasing 71.11 per cent year on year.

“Fruits at highest demand in Chinese markets are durian, followed by longan and mangosteen. The provinces that import most fruit from Thailand are Guangdong (THB27 billion), followed by Guangxi at THB23.17 billion and Chongqing at THB15.06 billion,” he added. 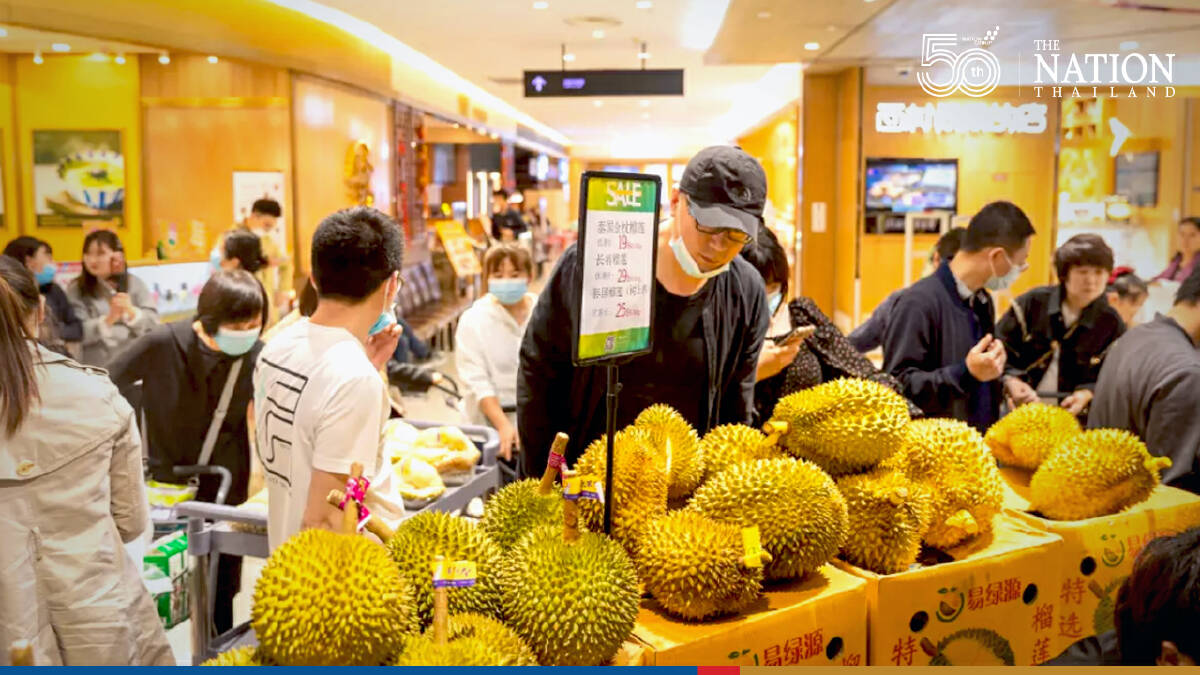 “Despite the Covid-19 situation, 2021 could be a golden year for Thai fruit exporters thanks to progress by the Commerce Ministry, which has been collaborating with foreign partners to find local fruit importers and also organising trade fairs both online and on-site,” said Phusit.

The project is also offering work to stall owners in the NESDC’s restaurant, which is temporarily closed under disease-control restrictions. The NESDC has joined hands with the “Community x Covid” network of people from nearby Nang Loeng market, who are helping to distribute 200 food boxes per day in five local neighbourhoods. The food is being handed out in the communities of Wat Sunthorn Thammathan, Chakkraphatdi Phong, Suppha Mit 1, Suppha Mit 2 and Wat Sommanat.

Current and former executives and staff of NESDC donated the money to hire the restaurant stall owners to prepare food for “Shared Kitchen”. The project will continue until the donation money runs out or the Covid-19 situation improves.

The official Facebook page of “Shared Kitchen” (https://www.facebook.com/sharedkitchenth) includes a bank account for donations. Those wishing to make a donation can deposit money in Kasikornbank account number 104-1-37669-0 (Mr Kittisak Motwareesri).

The son of former Karen National Union (KNU) chief General Bo Mya succumbed to Covid-19 on Tuesday at a private hospital in Tak’s Mae Sot district. The family is preparing to have him buried in line with their Christian beliefs.

There has been a recent surge of Covid-19 infections among Karen soldiers along the border. General Saw Moe Shay, the commander-in-chief of the Democratic Karen Buddhist Army, died from a Covid-19 infection on July 21 while being treated in a junta-run military hospital in Yangon.

The KNU is a political organisation with an armed wing (KNLA) that represents the Karen ethnic minority in Myanmar.