Japan to agree on U.S.-led international principles for outer space 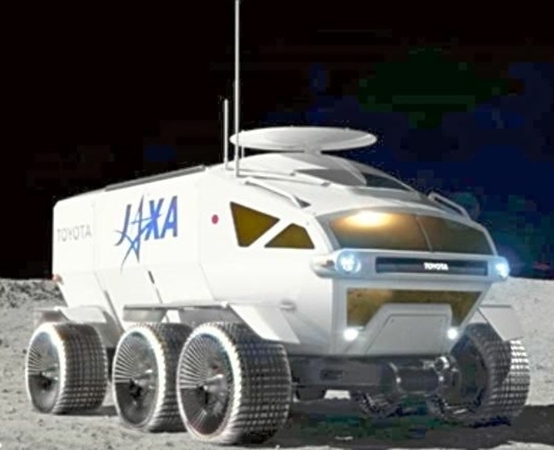 An artist’s rendering of the Lunar Cruiser being developed jointly by the Japan Aerospace Exploration Agency (JAXA) and Toyota (Courtesy of Toyota Motor Corp.)

Japan plans to sign the Artemis Accords, a set of principles for outer space created by the United States, The Yomiuri Shimbun has learned.

Among the basic principles of the accords is the establishment of ownership and use of space resources obtained from lunar exploration and similar activities.

The immediate goal of NASA’s Artemis program is for astronauts to land on the moon’s south pole by 2024. In the future, it aims to establish a base on the moon, utilize resources obtained on the moon and make it a base for manned Mars exploration. Japan announced its participation in the plan in October 2019.

As the manned lunar exploration program moves forward, it has become necessary to establish international rules, one aim of which is to check China and its advancement into outer space.

In addition to Japan, Canada, Britain, Italy, Australia, Luxembourg and the United Arab Emirates will sign the agreement at the urging of the United States.

The latest agreement includes principles such as all space activities will be conducted for peaceful purposes; each country must maintain transparency regarding their policies, plans and scientific data; and emergency assistance will be provided to those in space.

It also includes the protection of historically important landing sites and artifacts, prohibiting interference in the activities of other countries and preventing the growth of space debris.

Education, Culture, Sports, Science and Technology Minister Koichi Hagiuda and Shinji Inoue, the minister in charge of space policy, will participate in an online signing ceremony.

The Artemis Accords were originally intended to be a legally binding multilateral agreement to implement the Artemis program, but the United States insisted on developing it before the November presidential election, so it will remain a non-binding political declaration.