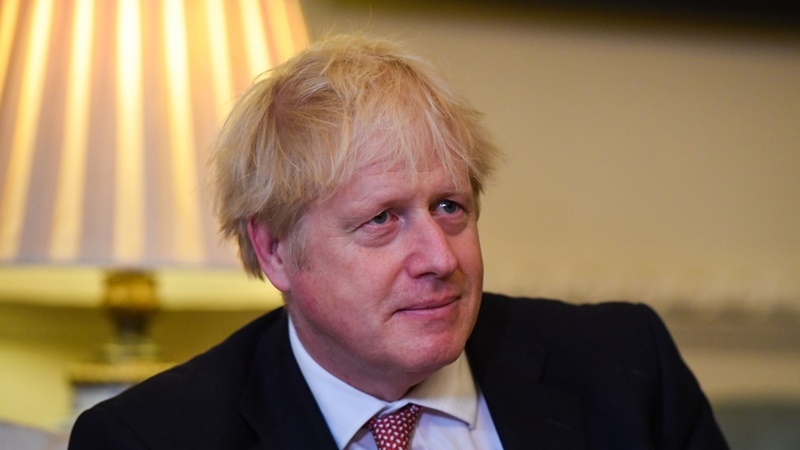 U.K. Prime Minister Boris Johnson announced new restrictions to control the surge in coronavirus, with bars and pubs closing in the worst-hit parts of England from Wednesday.

Johnson set out his plan for a three-tier system of covid alert levels, set at medium, high, and very high, to simplify the imposition of lockdown measures.

The toughest measures will be brought into force from Wednesday in the Liverpool city region of northwest England, where the outbreak is spreading fastest, the prime minister told Parliament on Monday. Bars will only be able to open if they serve “substantial” meals, Johnson’s office said later.

“I take no pleasure whatsoever in placing restrictions on these businesses,” Johnson said. “Nor do I want to stop people enjoying themselves. But we must act to save lives.”

As well as pubs and bars being forced to close, households in the Liverpool region will be banned from mixing indoors and in private gardens. People will also be advised against traveling into and out of the area, except for work, school or in transit.

Johnson said he wants similar restrictions to apply in Greater Manchester, where cases are also soaring, but indicated local leaders have not yet agreed.

Talks will continue with local leaders in the coming days and weeks, the premier said. He did not mention new restrictions in London, but the capital’s Evening Standard newspaper said it could be moved to the “high,” or second, level in the coming weeks.

Lawmakers will debate and vote on the new three-tier system on Tuesday, with the measures coming into force on Wednesday if they are approved.

Johnson immediately ran into criticism from his own side, including from Andy Street, the usually loyal mayor of the West Midlands, who said he is “very disappointed” his region has been placed in the “high” tier. He warned pubs and restaurants will be hit by a ban on households mixing.

“This is not something regional leaders supported, nor what I believed would be happening following extensive conversations over recent days,” he said in a statement.

Labour leader Keir Starmer said the system of local lockdowns has not worked so far during the pandemic and clashed with Johnson over the “serial failure” of the test and trace system.

“I’m now deeply skeptical the government has actually got a plan to get control of this virus,” he told Parliament.

Johnson said he is determined to avoid a second national lockdown, which would hit the economy and threaten the country’s ability to fund medical care and other public services. But he said the rising infection rates mean action must be taken immediately.

Earlier on Monday senior medical officials painted a grim picture of the resurgent outbreak, pointing to rising cases, hospital admissions and deaths, especially in northern England. Three so-called Nightingale overspill hospitals are being put on standby to cope with an expected surge in admissions.

Some local MPs said they were given little or no notice about the restrictions, despite government promises to keep them informed. Some were traveling by train to Parliament and were told to join a government briefing minutes before it started. Labour’s Louise Haigh said she was told after the call had begun, while Wigan MP Lisa Nandy said she wasn’t told at all.

Elsewhere in Europe, several other nations are preparing additional steps to contain the virus. German Chancellor Angela Merkel hosted a cabinet-level meeting Monday, though there are unlikely to be any decisions on new measures until she meets with the premiers of the country’s 16 states on Wednesday.

Italian Prime Minister Giuseppe Conte is expected to order new restrictions targeting nightlife, social events and amateur sports, while urging companies to boost remote working. Under a decree that could be issued as early as Monday evening, bars and restaurants may have to close by midnight, and people could be prohibited from gathering outside between 9 p.m. and 6 a.m.

In the Czech Republic – the European country with the worst outbreak per-capita – the government plans to approve more stringent distancing rules. The steps under consideration include further curbs on outdoor gatherings, more limits on opening hours for restaurants and restrictions on alcohol sales.