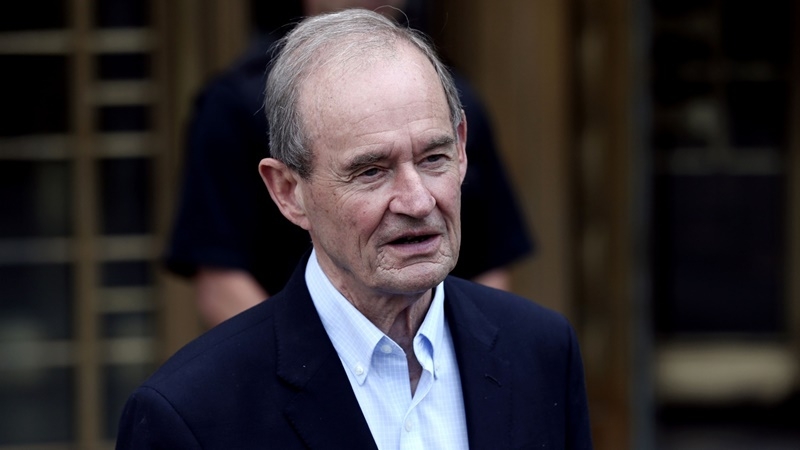 The U.S. has been awash in election lawsuits since the spring, when the coronavirus pandemic triggered a raft of disputes over who can vote by mail and how to count their ballots.

Now, legal experts say, a widely expected second wave of lawsuits starting on Election Day will take those fights to the next level. Barring a landslide, such suits could sway the outcome for President Donald Trump or Democratic nominee Joe Biden, both of whom are laying the groundwork for court battles in must-win swing states on Nov. 3.

“My guess is you’re not going to have litigation that is constitutionally as significant as Bush v. Gore in the courts,” said David Boies, the marquee combatant who represented Democrat Al Gore at the Supreme Court, which famously ordered the end of the Florida recount in 2000.

That doesn’t mean there won’t be legal brawling, and plenty of it.

“I think you’re going to have very important litigation, before canvassing boards and in courts, of the more traditional election law” cases, said Boies, whose firm isn’t involved in the fight. “There will be enough states in which the election is close enough for that to matter.”

The lawsuits that have already been filed hint at what’s to come, said Wendy Weiser, who heads a democracy program at New York University’s Brennan Center for Justice, citing the Trump campaign and the Republican National Committee’s effort to restrict the use of absentee ballots.

“The president might push for stopping the vote count, to cut the process short, or try to cast out the legitimacy of whole categories of ballots,” Weiser said. “And the Biden campaign will have to go to court to get counting resumed.”

One factor in who wins these fights is the political makeup of the state supreme courts, “especially where we know the partisanship of the various courts,” said Joshua Douglas, a professor at the University of Kentucky’s law school.

“North Carolina and Pennsylvania have Democratic majorities,” Douglas said. “Wisconsin has a Republican majority, even though it’s technically nonpartisan. And we’ve seen that rulings from at least Pennsylvania and Wisconsin in voting cases already have favored those partisan sides.”

Hans von Spakovsky, a lawyer at the conservative Heritage Foundation who has argued that a surge in mail-in ballots will lead to an increase in voter fraud, sees fights ahead but called the prospect of Republicans abusing the judicial system for an edge in the ballot count “paranoid.”

“I think if they have evidence of administrative errors or evidence of wrongdoing, then they may go to court, but I don’t think folks are just going to file frivolous lawsuits,” von Spakovsky said.

There are two broad themes to the showdown — the legitimacy of the ballot itself and when it arrives.

Lawsuits might seek to give voters more time to fix ballots missing signatures or with signatures that arguably don’t match the ones on file, for example. Or candidates could argue certain voters didn’t meet state criteria, such as age or disability, for casting a ballot by mail.

The campaigns may spar over ballot drop boxes, which Republicans have generally sought to limit and Democrats to expand. The president might sue after Election Day to challenge all the ballots from specific boxes, alleging fraud, Douglas said.

There will probably be litigation over provisional ballots, which are given to those who try to vote in person but can’t because their names aren’t on the voter rolls or they’re missing identification, said von Spakovsky. Under the Help America Vote Act of 2002, if those voters are later deemed properly registered, their ballots count.

“Some folks have tried to push to interpret that law to override state voter registration requirements,” von Spakovsky said.

If mail-in ballots postmarked by Nov. 3 are still flooding election offices afterward, there could be efforts to extend the deadline for receiving them, given the U.S. Postal Service’s own warning of delays. While some states have already pushed deadlines back, suits could be filed to extend them further, Weiser said.

Democrats wouldn’t have a hard time casting blame in court. More than a dozen Democratic-led states filed three suits against the USPS and its new chief, longtime Republican donor Louis DeJoy, over “transformational” changes leading to late delivery. At least one federal judge found that the changes appeared to be politically motivated. DeJoy has denied it.

Voters themselves might sue for extensions if they believe they didn’t receive their mail-in ballot or application in time, said Michael Morley, a professor at Florida State University College of Law.

Americans are unlikely to see another Bush v. Gore, because many states clarified their recount laws after the hanging-chad debacle, said Rebecca Green, a professor at William & Mary Law School and co-director of the Election Law Program. These disputes generally won’t get beyond the state high court, she said.

“Bush v. Gore was a real anomaly in that sense,” Green said. “One of the reasons it was controversial is that a lot of people thought the Florida Supreme Court was interpreting Florida law and there was no role for the U.S. Supreme Court in that case.”

Still, the president makes it hard to predict the litigation, said Boies. If he’s ahead early on Election Day, with many mail-in votes yet to be counted, he could ask a court to deem all the absentee ballots fraudulent and declare himself the winner, Boies said, adding that Attorney General William Barr could support him.

Green said she could see stability or chaos.

“On my happy days, I think the country and the states are well equipped to handle post-election litigation, buttressed since Bush v. Gore to accommodate such lawsuits,” she said. “On my less optimistic days, it seems more certain — given the partisanship and polarization we’re experiencing — that we’re in for a wild ride.”