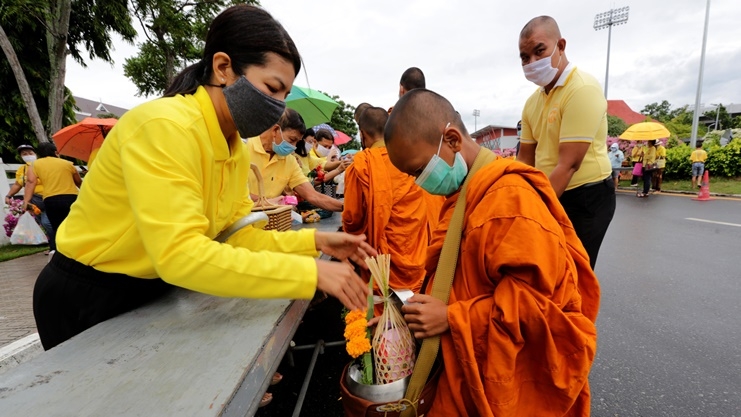 Songkhla Governor Jaruwat Kliangklao presided over the cermony, while many people gathered to make merit for the late King Rama IX despite rainfall on Tuesday.