Most people in Japan want return to offline drinking parties 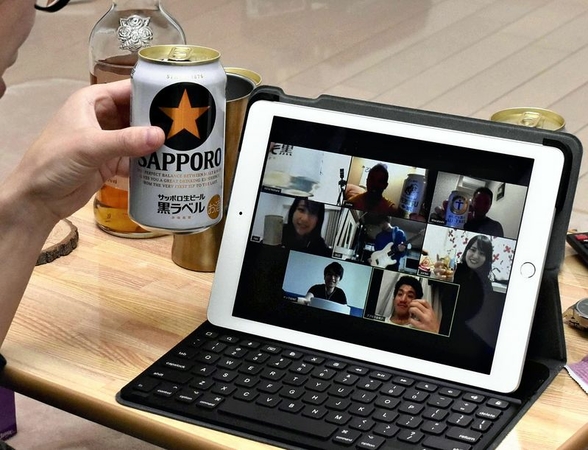 Less than 20% of all people want to participate in or continue online drinking parties, according to a poll conducted by the Land, Infrastructure, Transport and Tourism Ministry.

The poll was conducted in August together with a joint research organization established by Hitachi, Ltd. and the University of Tokyo. About 13,000 people across Japan were polled via the internet to learn about changes in their daily lives and attitudes due to the spread of the novel coronavirus.

The results show that people value in-person interactions rather than remote communications.

When asked if they would like to continue to hold drinking parties online, only 5% answered “strongly agree” and 11% “agree.” On the other hand, the percentages of those who answered “completely disagree” and “disagree” totaled nearly 60%.

As for online classes and lectures and online medical care, only 20% of respondents said they want them to continue in the future, showing low acceptance of remote use in fields where in-person meetings had been the norm.

On the other hand, more than 40% of respondents said they either wanted to use or would like to continue to use online shopping for groceries and daily necessities. This result shows that online shopping is spreading as people refrain from going out amid the pandemic.