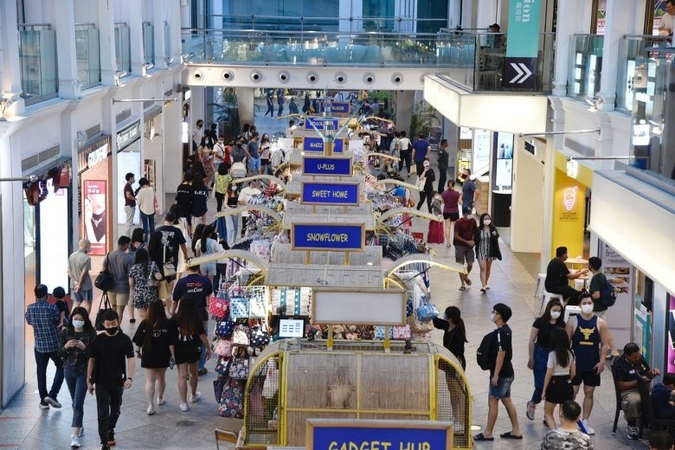 The rebound comes after the 13.2 per cent quarter-on-quarter plunge in the second quarter. PHOTO: ST FILE

By Ovais Subhani
The Straits Times/ANN

SINGAPORE – Singapore’s economy rebounded in the third quarter from the doldrums of the circuit breaker period in the earlier three months on the back of its manufacturing sector.

The Republic’s gross domestic product (GDP) rose by 7.9 per cent on a quarter-on-quarter seasonally adjusted basis in the July to September period, according to the Ministry of Trade and Industry’s advanced estimates released on Wednesday (Oct 14).

The rebound comes after the 13.2 per cent quarter-on-quarter plunge in the second quarter that included the April 7 to June 1 period of strict restrictions on mobility and business activity to curb the coronavirus pandemic. Singapore started a gradual reopening in June, triggering a steady recovery in economic activity.

On an year on year basis, the economy shrank by 7 per cent, a stark improvement from the the second quarter’s 13.3 per cent plunge.

However, the year on year contraction was slightly worse than the 6.8 per cent drop forecast in a Reuters poll of 11 economists.

MTI did not revise its full-year GDP forecast range of between -5 per cent and -7 per cent.

The ministry said it will not report the annualised quarter-on-quarter seasonally-adjusted growth rates, on the basis of which the economy shrank by a record 42.9 per cent in the second quarter.

The Reuters poll had predicted a 35.3 per cent surge on a quarter-on-quarter seasonally adjusted and annualised basis in the third quarter. Singapore’s top local banks – DBS, OCBC and UOB – had expected GDP to jump between 51.5 and 31 per cent on the same basis.

MTI in its statement said; “The improved performance of the Singapore economy in the third quarter came on the back of the phased re-opening of the economy following the circuit breaker.”

The rebound was due mainly to the manufacturing sector that grew by 2 per cent year on year in the third quarter, a reversal from the 0.8 per cent contraction in the previous quarter, the ministry said.

Ms Selena Ling, head of treasury research and strategy at OCBC Bank, said; “While third quarter GDP growth was slightly weaker than our forecast of -6.5 per cent year on year, nevertheless the silver lining was manufacturing.”

MTI data showed the construction sector shrank by 44.7 per cent, extending the 59.9 per cent plunge in the previous quarter.

The services producing industries also contracted, down 8 per cent year on year, though better than the 13.6 per cent decline in the second quarter.

MTI said construction output in the third quarter remained weak on account of the slow resumption of construction activities due to the need for construction firms to implement safe management measures for a safe restart.

However, on a quarter-on quarter seasonally-adjusted basis, the construction sector grew by 38.7 per cent, a rebound from the sharp contraction of 59.4 per cent recorded in the second quarter when most construction activities had to come to a stop due to the circuit breaker and movement restrictions in the foreign worker dormitories.

Other bright spots in the economy were the finance & insurance and information & communications sectors that recorded steady growth during the quarter.

On a quarter-on-quarter seasonally-adjusted basis, the services producing industries expanded by 6.8 per cent, a reversal from the 11.2 per cent decline seen in the second quarter, MTI data showed.