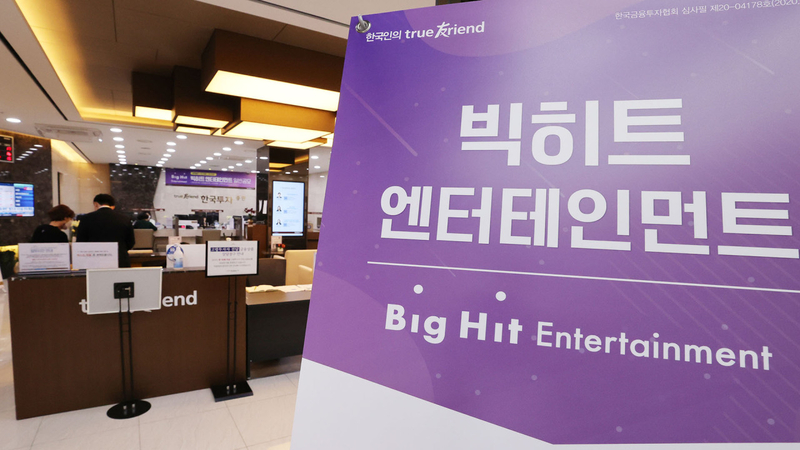 “We will uphold the stockholder’s value in various terms by raising profitability, growth potentials and contributions to society,” Big Hit Entertainment head Bang Si-hyuk said at the listing ceremony, which was livestreamed on YouTube.

“We will spur efforts to become the world’s best entertainment and lifestyle company,” he added.

BTS members were not present at the ceremony.

The ceremony marked the first initial public offering (IPO) celebration in about three months, due to the new coronavirus.

The agency has been called one of this year’s three big IPO deals in South Korea, along with biopharmaceutical blue chip SK Biopharmaceuticals and mobile game giant Kakao Games.