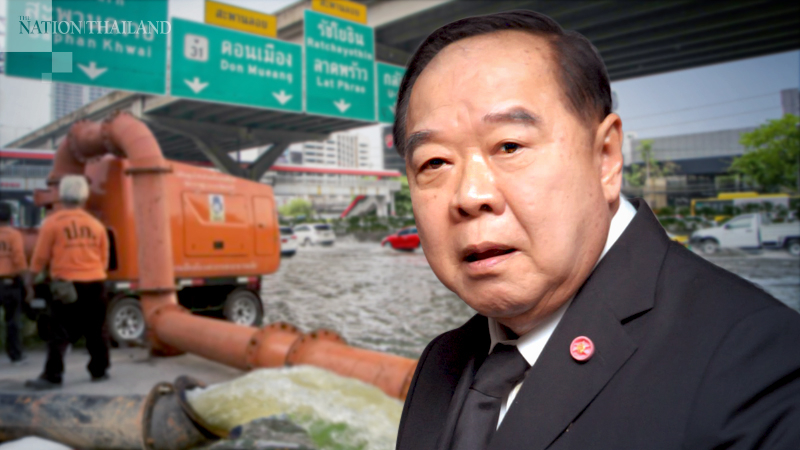 Deputy Prime Minister General Prawit Wongsuwan is calling on administrative organisations as well as military and police officers to help volunteers provide assistance to 15,740 households in 18 provinces that were affected by floods.

The deputy PM’s spokesperson Lt-General Kongcheep Tantrawanich said on Thursday that Prawit has also instructed officials in Nakhon Ratchasima and Surat Thani to open drainage channels to reduce the water levels in the area.

“Meanwhile, he has also ordered officials to cooperate with the Office of National Water Resources to reserve water in reservoirs and solve problems in flood-prone areas.”