Protesters disperse but vow to return for Bangkok rally on Friday

Khana Ratsadon 2563 dispersed from their Bangkok rally site at 10pm on Thursday, as leaders said that they would gather again on Friday to maintain pressure on the government to resign, the House to rewrite the charter and the monarchy to reform. 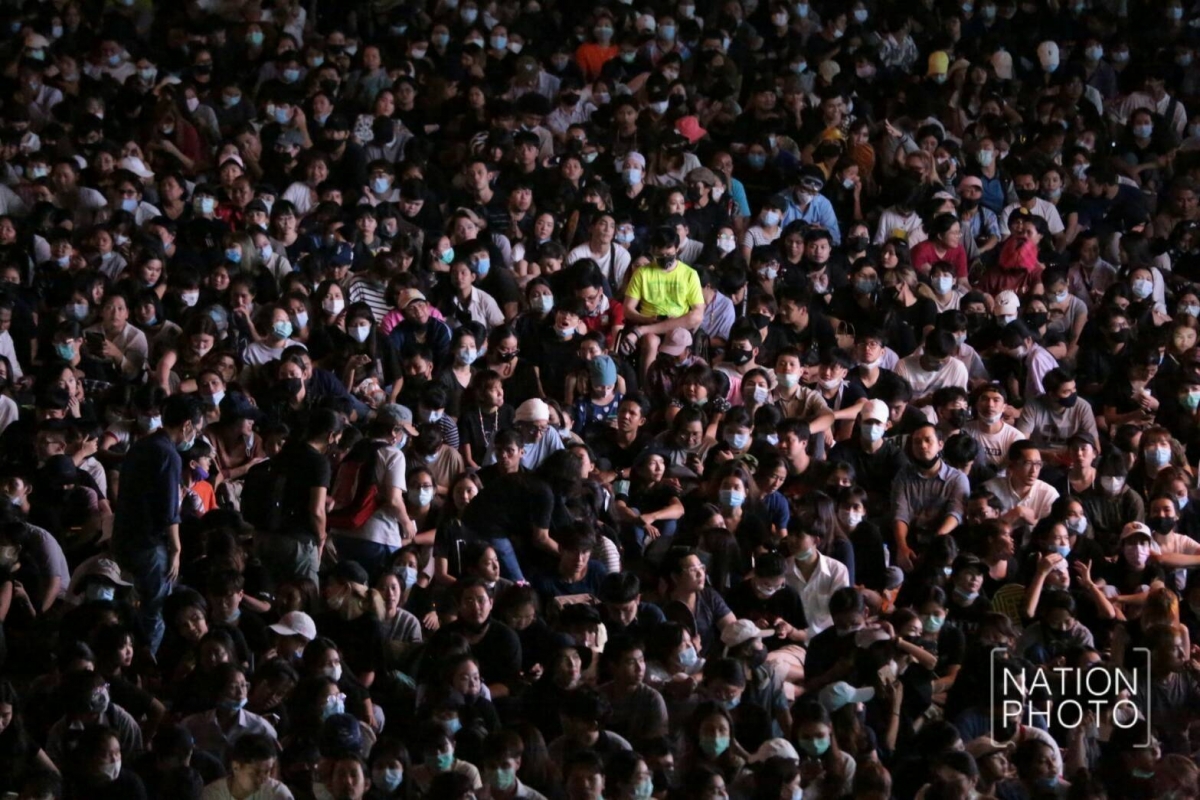 Thursday’s protest at Ratchaprasong intersection kicked off at 3.30pm with protesters forming a “human wall” to defend themselves against police empowered by newly imposed emergency rule. 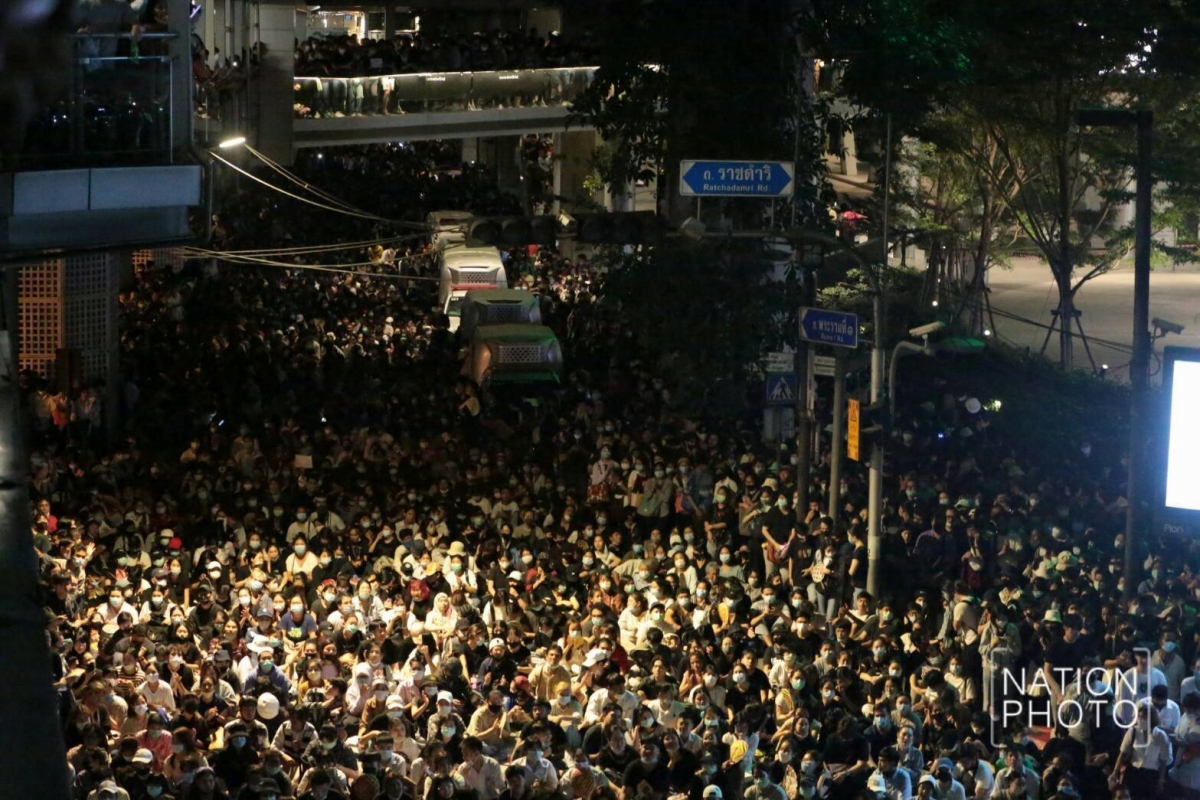 The tense stand-off eased at 5pm, when protest leaders including Panupong Jadnok called for calm and emphasised the non-violent character of the protests.

The rally lasted for about six hours, without violent clashes between authorities and the participants, as protest leaders gave speeches demanding the release of dozens of activists arrested in recent days. 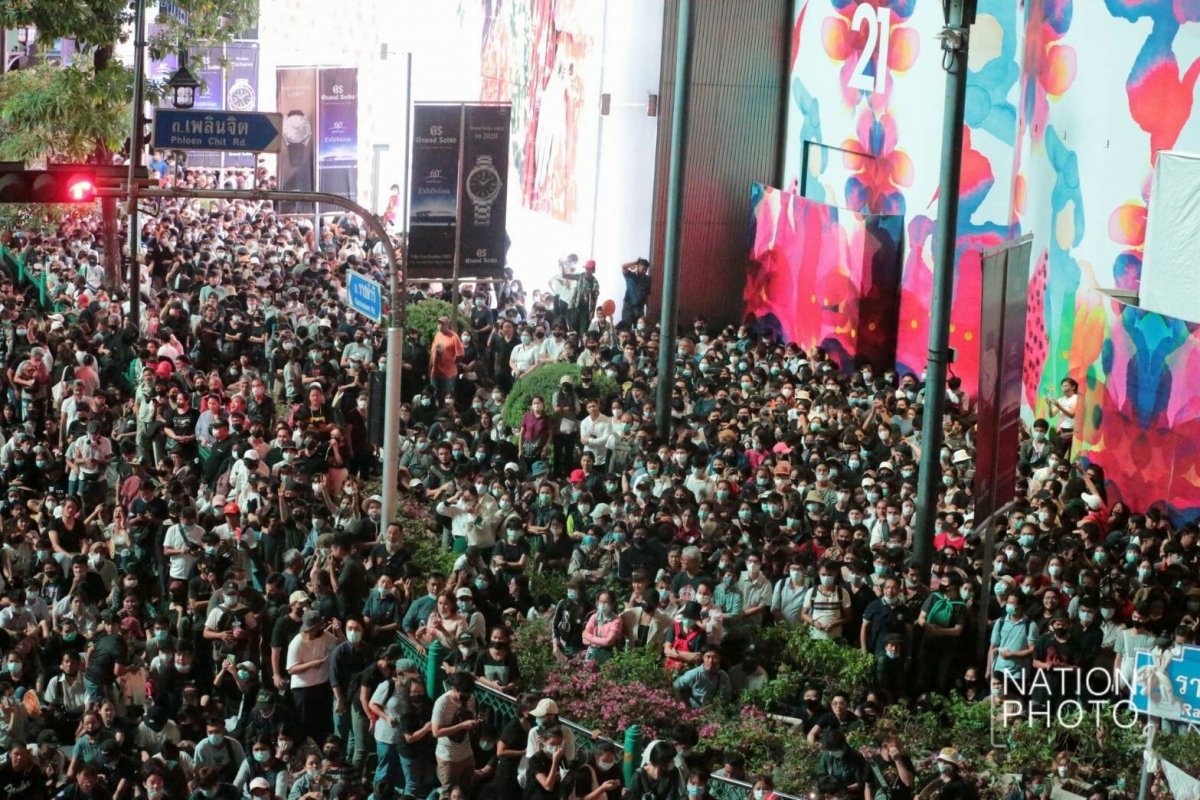 As rain started to fall around 9.40pm, leaders called off the protest and told everyone to return on Friday.