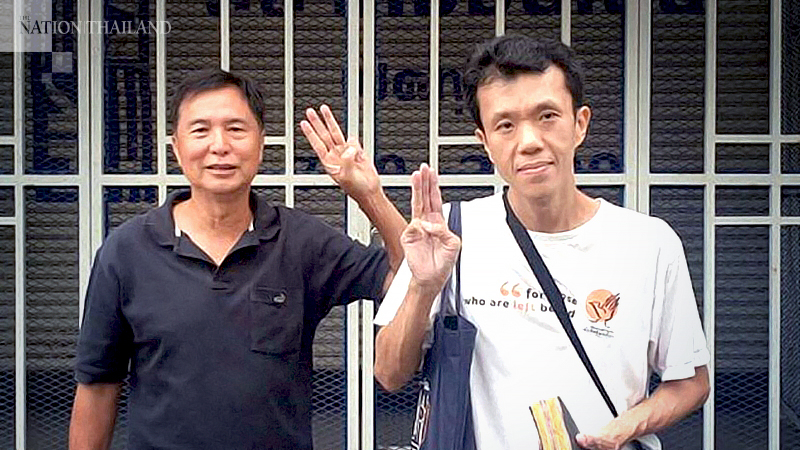 Ekkachai Hongkangwan, an activist who was reportedly part of a group protesting as a royal motorcade passed by on Wednesday, was arrested on Friday for allegedly harming the “liberty of the Queen”.

Another activist Boonkueanoon Paothong, who faces the same charges under Section 110 of the Criminal Code, turned himself in at the Dusit Police Station.

Based on this law, the two activists could face 16 to 20 years or even life in prison for allegedly violating the Queen’s liberty.

Police are gathering evidence, including photographs and videos, to prosecute another group of five protesters who had gathered in the route the motorcade had taken.