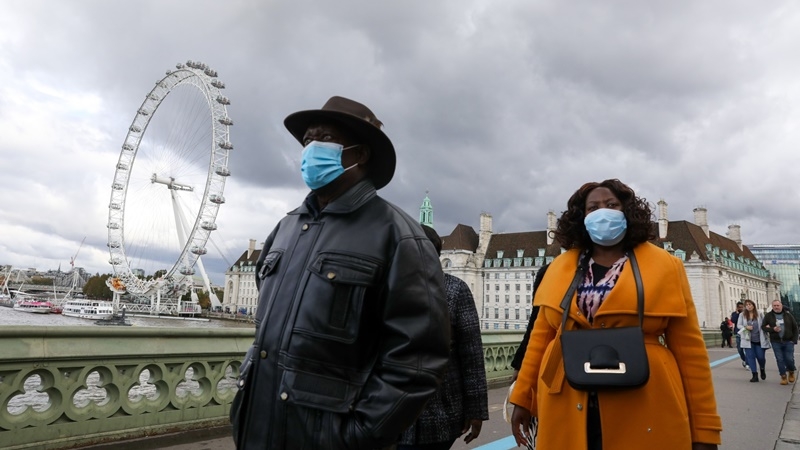 Residents of Europe’s two largest cities are bracing for tighter curbs on social activity starting on Saturday, as governments across the continent attempt to check a new wave of coronavirus infections without crippling their economies.

With the number of cases hitting daily records around the region, and Britain and France two of the worst affected nations, Londoners will be banned from mixing with other households indoors, while the residents of Paris and eight other major cities will be confined to their homes between 9 p.m. and 6 a.m. for four weeks.

After broader lockdowns triggered some of the worst recessions in living memory in the second quarter, European officials are opting for more localized restrictions targeted mainly at urban virus hotspots this time around.

Yet even after leaders including U.K. Prime Minister Boris Johnson and French President Emmanuel Macron vowed to do everything possible to keep their economies running, the prospect of national shutdowns is growing likelier by the day as the number of infections and deaths ticks inexorably higher.

“Everyone is worried about a second, full lockdown,” said Natalie Diaz-Fuentes, co-owner of London’s Santo Remedio Mexican restaurant and bar. “Even those of us who are lucky enough to have been busy and successful before the lockdown and just scraped through by the skin of our teeth.”

In Paris, chef Franck Baranger expressed outrage at Macron’s curfew announcement, made on national television on Wednesday, which he said showed the government is ill-prepared.

Because of the new regulations, the three restaurants Baranger co-owns in the French capital will have longer hours for lunch and will most likely open as early as 6 p.m. instead of 7:30 p.m., he said. His seafood restaurant “Belle Maison” will offer a takeaway option — as long as it’s before 9 p.m.

“I think the government would be totally unable to manage a corner shop,” Baranger said Friday at his “Caillebotte” restaurant.

While polls suggest that a majority in France back the idea of a curfew in major cities, some governments are having to contend with rising opposition to virus curbs among citizens keen to return to a semblance of normality.

But with Europe heading into the winter, when people will be unable to spend as much time outdoors and transmission rates are likely to rise, getting back to normal appears some way off.

There has also been a sense of confusion in some countries, with central governments openly clashing with local administrations on the appropriate response.

In the U.K., officials in Manchester refused Johnson’s request to move to the highest level of pandemic restrictions unless he provides more generous financial support.

Spanish Prime Minister Pedro Sanchez and the president of the Madrid region have disagreed publicly over policy, and Chancellor Angela Merkel struggled to convince Germany’s 16 state leaders to accept tougher measures during eight hours of talks on Wednesday.

New infections in Germany this week surpassed the previous peak from late March, with a record 7,620 cases recorded in the 24 hours through Friday morning in Europe’s biggest economy.

“At the moment the numbers are actually increasing everywhere,” Merkel’s chief of staff Helge Braun, who is a qualified medical doctor, said Friday on German television. “And increasing numbers mean that we are not doing enough at the moment to keep the infection under control.”

In a setback for Berlin’s efforts to control the virus, a court on Friday suspended an order for bars and restaurants to close at 11 p.m., a decision Health Minister Jens Spahn said he “very much regretted.”

Italy, the original epicenter of the disease in Europe, has also experienced an uptick in infections but a less pronounced one than in nations like Britain, France and Spain.

Prime Minister Giuseppe Conte may convene a cabinet meeting Saturday to consider new curbs, though that would not include a French-style curfew, according to an official who asked not to be identified.

The government is weighing new restrictions with a panel of medical and scientific advisers, and is urging regional leaders to impose localized measures agreed with the health ministry, another official said.

In Spain, bars and restaurants are set to be closed down in the Catalonia region around Barcelona, while in Austria, Chancellor Sebastian Kurz attempted to channel what he called the “team spirit” citizens showed during the first wave of infections in the spring.

The government has scheduled a meeting with the country’s nine provinces on Monday to decide how to reduce social contacts and avoid a second lockdown, Kurz said Friday.