Royalists seek action against protesters over ‘inappropriate behaviour’ on Oct 14 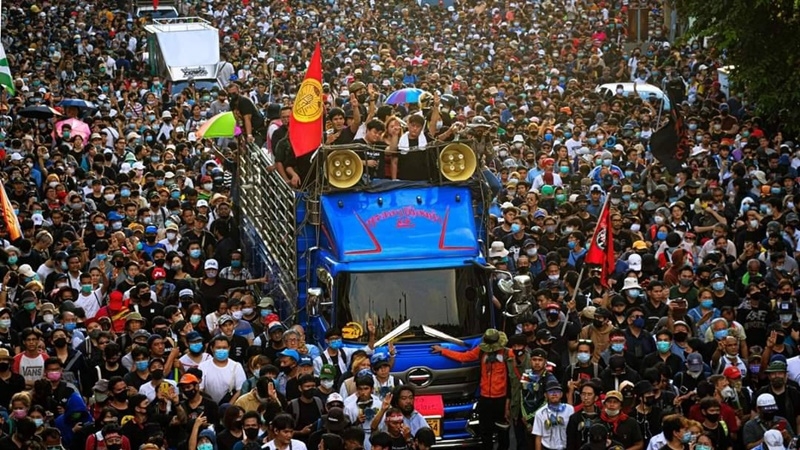 A royalist group calling itself People Protecting the Institution filed a complaint on Saturday at Metropolitan Police Bureau against student-led protesters, accusing them of inappropriate behaviour during the royal motorcade on October 14.

Chakrapong said the group has submitted evidence, such as video clips and photographs to the police and asked them to take action against the protesters for alleged inappropriate behaviour during the royal motorcade on October 14.

He added that the group would identify the perpetrators later.