The Royal Thai Police has said it will not allow public gatherings that might cause security threats, and they will apply the law for violations of the emergency decree.

The police also said that they had followed international regulations in dispersing the protesters in order to maintain peace and security, and their actions did not involve extreme violence.

They said that two fake news articles were published to defame the police and the persons involved in the publication of false information would face punishment.

However, the pro-democracy protesters in defiance of the state of emergency plan to gather on Sunday at three major sites in Bangkok: Terminal 21 Asoke, Ha Yaek Lat Phrao station and Tha Phra MRT station.

On Saturday, the massive demonstrations almost brought Bangkok traffic to a standstill in the evening, as they held coordinated protests at several locations, such as Lat Phrao, Bangna, Kaerai and Wong Wien Yai, while the suspension of mass transit service ordered by police also worsened traffic.

Gatherings around the country 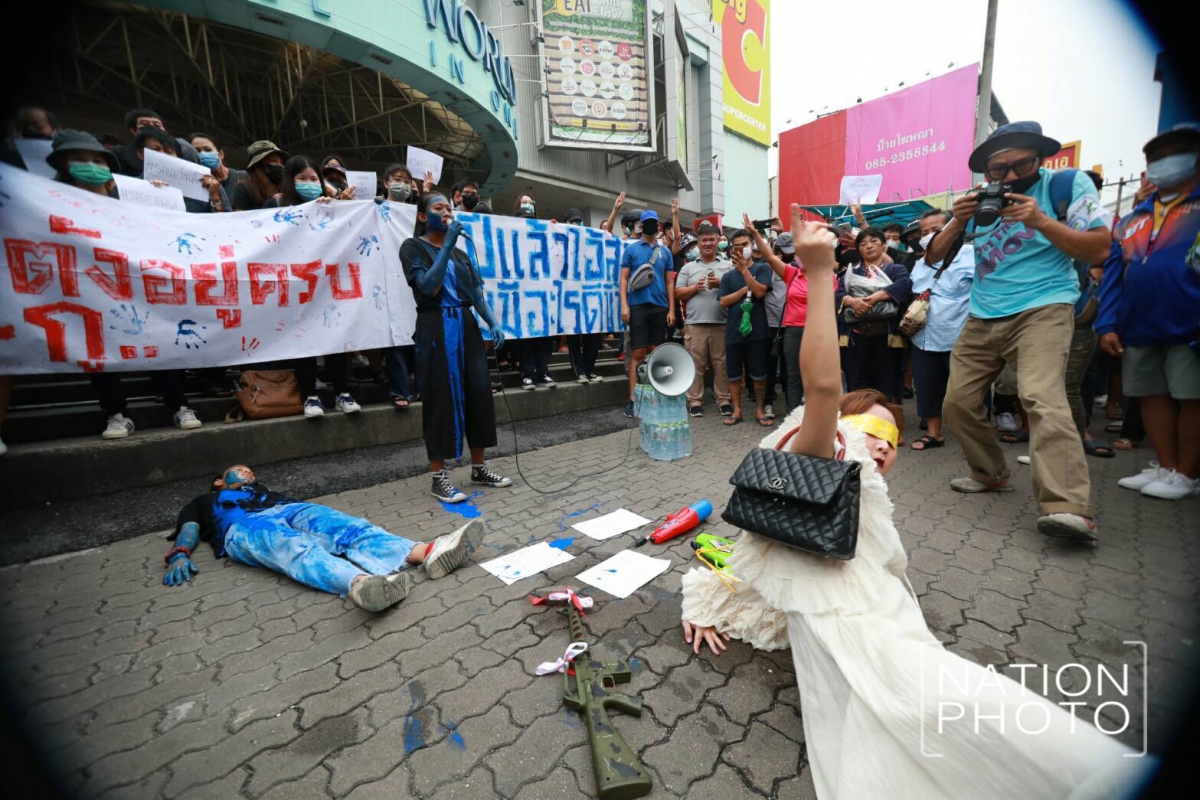 The Ratsadon supporters have reached Victory Monument. by Korbphuk Phromrekha 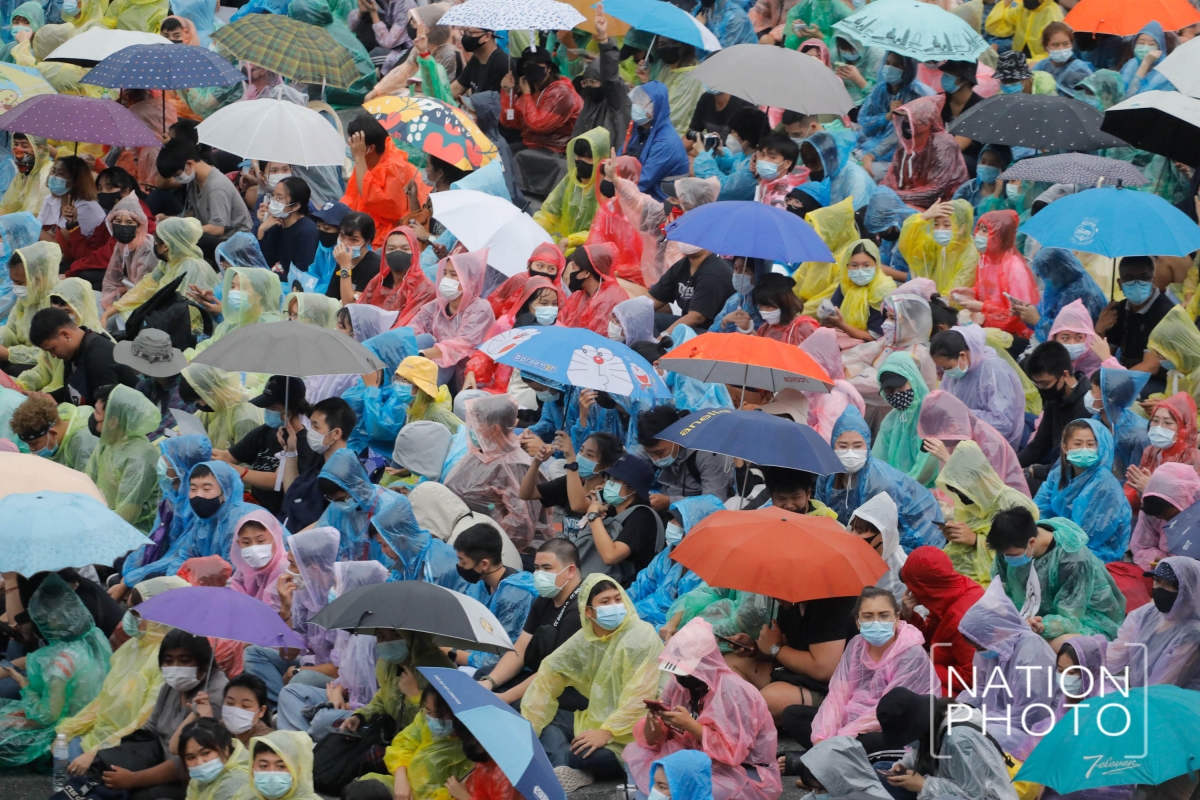