Flight to safety: How regional airlines are trying to stay aloft amid Covid-19 pandemic 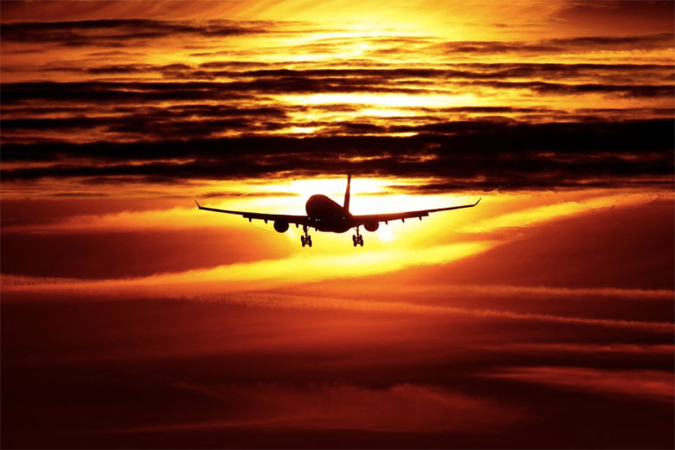 The situation looks set to be even more grim.PHOTO: REUTERS

The forecast a year ago was for the Asia-Pacific to continue to benefit from an aviation boom.

Hirings were in full swing, with some airlines dangling attractive salaries and perks to woo pilots.

Aircraft manufacturer Boeing projected that the region would need an additional 266,000 pilots over the next 20 years.

Then, the Covid-19 pandemic hit.

Airlines grounded their planes and pilots are now housebound.

The global aviation industry shed more than 350,000 jobs in the past six months, and there is little sign the industry will return to former heights any time soon.

The situation looks set to be even more grim. The International Air Transport Association (Iata) has forecast that travel demand will not return to last year’s levels until 2024. The Air Transport Action Group, a coalition of industry experts, foresees 46 million aviation-related jobs at risk globally.

Iata said Asia-Pacific airlines would lose US$29 billion (S$39 billion) this year, with August traffic sinking 95.9 per cent compared with a year earlier.

“The Asia-Pacific was the first region exposed to the weakness coming from the disease outbreak, and their losses will be larger compared with other regions as current demand recovery is not coming with profitability,” Iata said in its report in June.

Singapore’s Transport Minister Ong Ye Kung has said that the global aviation industry will take at least two years to recover from the pandemic.

“When a vaccine is widely available around the world and people gain confidence to travel again and visit other countries, then we will have aviation back on its feet, almost fully,” he noted in a recent interview with Bloomberg Television.

“How long that will take, I can’t make a guess; I would say minimally a couple of years.”

Work together to get planes up in the air again

Covid-19 has led to massive job losses in the aviation industry in Asia. Pilots and ground crew lucky enough to still be working are either on furlough or face deep salary cuts.

A Philippine pilot with a boutique domestic airline said his flight hours are down to just 20 hours a month, from up to 90 hours previously. He no longer gets a basic salary and his income has shrunk by 75 per cent.

The pilot, who did not want to be named, did not disclose his salary, but pilots in the Philippines typically earn about 200,000 pesos (S$5,580) a month.

His pay is now dependent on how many hours he is in the air. “But I’d be lucky if I can get 20 hours (in a month),” he said, disclosing that he has had to cut his expenses and dip into savings to make ends meet.

In India, the sector has shed more than 18,000 jobs over the past four months, according to the civil aviation ministry.

Many of those who still have a job are thankful.

“There are no other options, no one can protest or stand up because there are no jobs. Everyone is accepting the situation and happy to still have a job,” said an Indian pilot who did not want to be named.

“So even though I have had a 40 per cent pay cut, I am better off than others who are not getting paid at all.”

It is the same in Japan where All Nippon Airways (ANA) has placed around 43,500 employees on furlough, while its subsidiary Air Japan dismissed all its 200 contract pilots (over 95 per cent of whom were non-Japanese).

In South Korea, national carrier Korean Air placed 390 foreign pilots on unpaid leave from April to July, and, at the same time, forced more than 70 per cent of its 20,000-strong workforce, including about 3,000 pilots, to take leave for six months, starting on April 16.

Asiana Airlines, the second-largest South Korean carrier, cut pilot salaries by half, and put 120 foreign pilots on unpaid leave from March. It also put all its 10,500 employees on unpaid leave for 15 days a month, starting in April.

Financially troubled budget airline Eastar Jet announced that it would axe 640 employees – 52.6 per cent of its 1,216 workforce – in the middle of this month, keeping only enough staff to operate six aircraft. In April, it said 750 jobs would be cut.

Most South Korean airlines were able to stave off further job losses because of the government’s job retention subsidy scheme.

The initiative has not been able to help Eastar pilots, with one of them saying that he was notified of his layoff via an e-mail. He added that he did not get any retrenchment benefits or severance package that he was entitled to.

The 35-year-old, who worked for the carrier for three years, said his severance pay was almost 300 million won (S$357,000) but “the company could not pay because it had no money”.

He is now studying to get an airline transport pilot’s licence, but is finding it difficult to retain even his current pilot qualification as Eastar has shut down its flight simulators.

Aviation regulations require pilots to make at least three take-offs and touchdowns in 90 days, either in flight simulators or on planes.

They are also assessed every six months on emergency procedures in a simulator and on a plane once a year.

Still, the South Korean pilot, who did not want to be named, said: “I cannot imagine myself doing any other job because it’s been my dream and I studied aviation in my entire university life.”

Like all airlines, Hong Kong’s flagship carrier Cathay Pacific is expected to announce job cuts after reporting a nearly HK$10 billion (S$1.75 billion) net loss in mid-August despite the government doling out HK$39 billion to support it.

The airline has said that it will not apply for further government employment subsidies.

The Sunday Times understands that Cathay Pacific staff, from office workers to air crew and pilots, are anxious as they await management’s decisions.

A steward, who declined to be named, said: “I was on standby but that didn’t fly, so now I’m waiting to see if I still have a job.” When asked about his backup plans, he added: “Honestly, no plans yet. Too stressed to think (about it now).”

As international travel is still limited due to border closures and with many countries requiring arrivals to undergo 14-day quarantines, airlines are falling back on domestic demand.

Some Chinese airlines are offering “all you can fly” promotions for a limited period, while South Korean low-cost carriers, such as Jin Air, have launched new routes in the country.

Chinese airlines have enjoyed a rebound, with more than 90 per cent capacity utilisation on planes since the pandemic. Most of it is driven by domestic traffic as the country reopens interprovincial travel.

In August, Chinese airlines flew a total of 45.5 million passengers, hitting around 75 per cent of the passenger flow for the same period last year, according to the Civil Aviation Administration of China.

Flight frequency was at 105 per cent in August year on year, official data showed.

China’s Golden Week holiday two weeks ago also aided in the recovery of air travel as pent-up demand was met.

Things are also looking up for India’s domestic market after the government gradually eased a stringent lockdown, allowing domestic flights to resume in May although capped at 60 per cent from pre-Covid-19 days.

In South Korea, some airlines have launched more local routes to cater to demand. A total of 862,697 people flew domestically during the Sept 30-Oct 2 Chuseok (Korean Thanksgiving Day) holiday, according to Korea Airports Corp, despite a government advisory telling people to remain at home to help contain the spread of Covid-19.

Japanese airlines were also doing roaring business between Sept 19 and 22, with the country commemorating “Silver Week” – a string of consecutive holidays during which tourist attractions across the country are traditionally crowded.

ANA had to operate extra flights over the four-day weekend, during which it sold 290,000 seats. Seats were more than 90 per cent filled on Sept 19 and 22, the first and last days of the holiday stretch, with 90,000 seats sold on Sept 22 alone.

This was the highest figure since Feb 28 – before the worst of Covid-19 hit Japan and flights started getting cancelled.

Rival Japan Airlines sold an average of 72,000 seats per day over the four-day weekend.

Mr Kotaro Kuzawa, chief of passenger services at ANA, told broadcaster NHK: “This is the first time it has been so congested since the Covid-19 crisis.”

The extension of a Go To Travel campaign to cover travel to and from Tokyo that started on Oct 1 has also led to a surge in bookings.

Cargo to the rescue?

Limited international passenger flights have seen airlines pivoting to ferrying cargo, which has proven to be a lifeline for many.

Pictures of passenger planes filled with boxes of goods buckled to seats have gone viral on social media.

“It is the bright spot for the industry because it is the only part that is operating and earning revenue at any scale,” Iata chief executive Alexandre de Juniac told reporters in April.

Under normal circumstances, about 60 per cent of air cargo globally is flown in the belly hold of passenger flights. But some airlines like Korean Air have used overhead bins, installed cargo seat bags on planes and even removed cabin seats to raise utilisation rates, The Korea Herald reported.

“Canned foods, things you’d normally buy on your grocery trip, are being air-flown because this is a more efficient way to have them delivered across the country,” managing director Daniel Putut said.

“With passenger numbers falling sharply, we have to find other revenue means.”

But some analysts believe the cargo boom will be just temporary.

“The global economy is projected to go into a recession, and therefore will impact the freight business,” Mr Shukor Yusof, head of aviation consultancy Endau Analytics, told The Sunday Times.

“Airlines are generally in a very bad situation now. It will likely last for 12 to 18 months. Perhaps longer. The prognosis is this will get worse in 2021, before it slowly recovers,” he added.