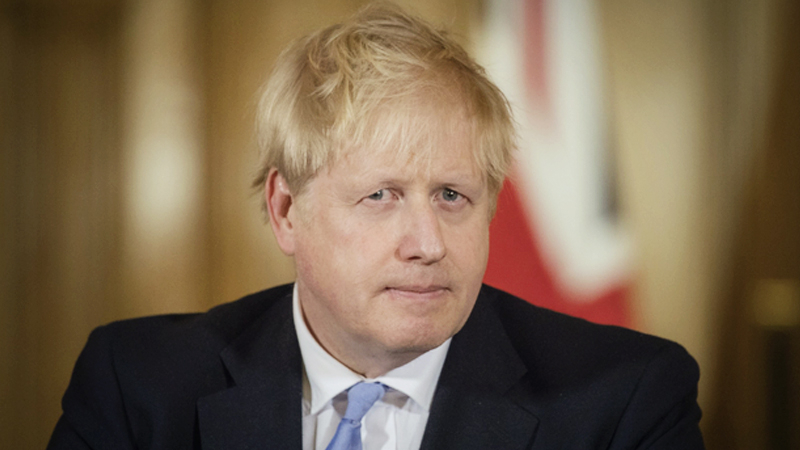 LONDON – British Prime Minister Boris Johnson boasted that he was “fit as a butcher’s dog” and “bursting with antibodies” as he began two weeks of self-quarantine after having close contact with a lawmaker who contracted the coronavirus.

Johnson was infected with the virus in March and struggled to breathe in an intensive care unit for three days.

His staff did not say on Monday whether he had been tested this time, but cases of coronavirus reinfection have been incredibly rare. His quarantine appears to be more about modeling to the nation that it’s important to abide by public health directives, which apply even to those who have had the virus.

In a video posted on social media, Johnson urged others to “follow the rules,” as he was doing after being contacted by the National Health Service’s test-and-trace system Sunday afternoon.

More than 80% of Britons are not obeying self-isolation requirements after learning they have been infected or had contact with someone who tested positive, according to a study by King’s College London.

Perhaps, too, Johnson was making a show of rule-following because he can’t afford to lose more public trust. Faith in his government declined precipitously when it came out that his adviser, Dominic Cummings, had flouted restrictions on nonessential travel in March and drove to his family’s country home after he and his wife were infected with the virus.

The prime minister’s exposure to the virus this time came during a breakfast meeting with six Conservative lawmakers at 10 Downing Street on Thursday. One of attendees, Lee Anderson, lost his sense of smell on Friday and tested positive over the weekend.

Anderson posted a picture on Facebook of himself and Johnson standing slightly apart – but certainly not the advised six feet – and without face masks.

All of the people at the breakfast, including two staff members, are reported to be quarantining.

Johnson will quarantine with his household – his fiancee and their baby son – in their flat at 11 Downing Street, and the prime minister will travel to his office in 10 Downing Street via the back garden, so he will not have to be in contact with any staff members.

Johnson on Monday said that he felt great, and that since he previously had the disease he was “bursting with antibodies,” but that he would self-quarantine for two weeks as “we got to interrupt the spread of the disease.”

He added that he would continue to govern by video conference.

“Plenty more to say via Zoom, of course, and other means of electronic communication,” he said.

It is unclear how much of his schedule will change.

His official spokesman, who is not named because of traditional protocol, said Johnson may address the House of Commons on Wednesday for the weekly session known as Prime Minister’s Questions. But he could also easily send a substitute.

Johnson’s quarantine comes at a rugged moment. Two weeks into a national lockdown – which has shuttered businesses but not schools – the virus is still roaring throughout Britain, with nearly 25,000 daily infections, 168 deaths and 1,922 patients newly hospitalized on Sunday. The country’s death toll since the start of the pandemic is at 52,026, the highest in Europe.

It’s also crunchtime for Brexit negotiations. Britain has yet to secure a post-Brexit trade deal with the European Union, even though its transition period will expire at the end of the year.

Simon Coveney, Ireland’s foreign affairs minister, told RTE on Monday that the talks are “not in a good place.” He said a “very, very wide gap” remains between the two sides’ positions on fishing rights and government subsidies.

Meanwhile, Johnson’s government has been consumed by infighting. Last week, power struggles led to the dramatic departure of Cummings, Johnson’s pugnacious chief aide and mastermind behind the successful Brexit campaign.

Two weeks of self-quarantine, political commentators suggested, might get in the way of Johnson’s effort to “reset” his agenda.

Commentators took the reports with a pinch of salt, noting that when Johnson was ill in the spring, his office continually said he was in “good spirits,” even as he was being rushed to the hospital and then ICU.

Johnson has previously said that he thinks his weight made him more susceptible to the virus. He has since dropped pounds, going for early morning jogs with his dog, Dilyn.