America’s ‘zombie’ companies have racked up $1.4 trillion of debt 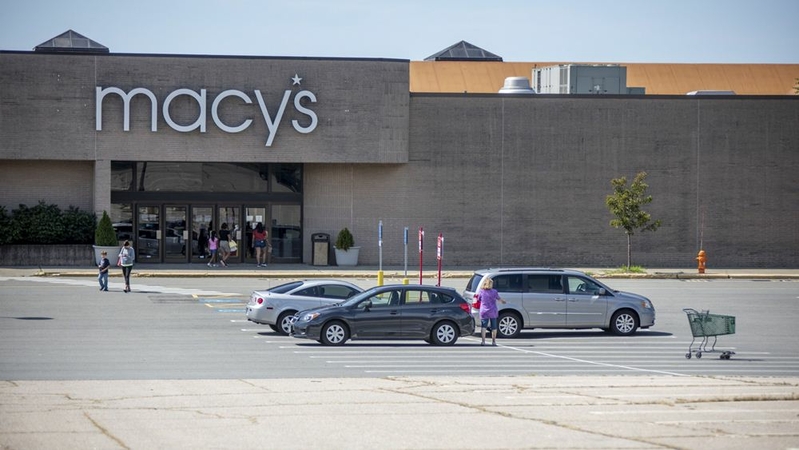 Customers exit a Macy’s store at the Crystal Mall in Waterford, Conn., on Aug. 26, 2020. MUST CREDIT: Bloomberg photo by Johnny Milano

They were once America’s corporate titans. Beloved household names. Case studies in success.

Signage at an Exxon Mobil gas station in Houston on Oct. 28, 2020. MUST CREDIT: Bloomberg photo by Callaghan O’Hare

But now, they’re increasingly looking like something else — zombies. And their numbers are swelling.

From Boeing, Carnival and Delta Air Lines to Exxon Mobil and Macy’s, many of the nation’s most iconic companies aren’t earning enough to cover their interest expenses (a key criterion, as most market experts define it, for zombie status).

Almost 200 corporations have joined the ranks of so-called zombie firms since the onset of the pandemic, according to a Bloomberg analysis of financial data from 3,000 of the country’s largest publicly traded companies. In fact, zombies now account for nearly 20% of those firms. Even more stark, they’ve added almost $1 trillion of debt to their balance sheets in the span, bringing total obligations to $1.36 trillion. That’s more than double the roughly $500 billion zombie companies owed at the peak of the financial crisis.

The consequences for America’s economic recovery are profound. The Federal Reserve’s effort to stave off a rash of bankruptcies by purchasing corporate bonds might very well have prevented another depression. But in helping hundreds of ailing companies gain virtually unfettered access to credit markets, policymakers may inadvertently be directing the flow of capital to unproductive firms, depressing employment and growth for years to come, according to economists.

“We have come to the point that we should ask, ‘what are the unintended consequences?'” said Torsten Slok, chief economist at Apollo Global Management Inc. “The Fed, for stability reasons, decided to step in. They knew they were going to create zombies. Now the question becomes, ‘what about the companies that have been kept alive that otherwise would have gone out of business?”‘

While zombie firms are more commonly associated with 1990s Japan, post-crisis Europe or even China in recent years, their ranks in the U.S. have been increasing for over a decade, fueled in part by years of ultraloose monetary policy.

Zombie companies get their nickname because of their tendency to limp along, unable to earn enough to dig out from under their obligations, but still with sufficient access to credit to roll over their debts. They’re a drag on the economy because they keep assets tied up in companies that can’t afford to invest and build their businesses.

Of course, not every company that becomes a zombie is destined to stay one forever. There are plenty of comeback stories, from Boston Scientific Corp. to Sprint Corp. Many firms that have seen earnings wiped out due to the coronavirus outbreak are likely to rebound once a vaccine allows the global economy to return to a more normal footing, and may ultimately not need all the debt they raised.

Yet the sheer amount of borrowing undertaken by struggling corporations in recent months will almost certainly limit the capacity of some to make capital expenditures and adapt to shifting consumer habits as covid-19 alters how Americans spend their money.

Bloomberg’s analysis looked at the trailing 12-month operating income of firms in the Russell 3000 index relative to their interest expenses over the same period.

The results paint a grim picture. More than a sixth of the index, or 527 companies, haven’t earned enough to meet their interest payments. That compares with 335 firms at the end of last year. The $1.36 trillion they collectively now owe dwarfs the $378 billion of debt zombie firms reported before the pandemic laid waste to balance sheets.

Boeing 737 Max airplanes are parked at Boeing Field in Seattle on July 27, 2020. MUST CREDIT: Bloomberg photo by David Ryder

Boeing has seen its total obligations balloon by more than $32 billion this year, while Carnival’s debt burden has increased $14.8 billion, Delta has added $24.2 billion, Exxon $16.2 billion and Macy’s $1.2 billion, according to data compiled by Bloomberg.

A spokesperson for Boeing directed Bloomberg to the company’s third quarter earnings call, in which Chief Financial Officer Greg Smith said that managing liquidity and balance-sheet leverage are top priorities, and reducing debt will be a key focus once cash generation returns to more normal levels.

A spokesperson for Macy’s said that the company is confident in its financial position, and expects to have sufficient liquidity to fund operations and retire debt maturities due in the coming years.

Among new entrants, all four major U.S. airlines, with a combined $128 billion of debt, have become zombies in 2020. And movie theaters and other entertainment companies on the list grew from 2 last year to 10, accounting for nearly $28 billion of additional debt.

“We distinguish between the walking wounded and the walking dead,” said Ken Monaghan, a portfolio manager at Amundi Pioneer, which oversees about $85 billion. “The question is whether the business model has changed so significantly as a result of the pandemic that survival comes into question. Few sectors are likely to die, but some may require a radical transformation to survive and attract capital.”

Economists have long warned that zombies are less productive, spend less on physical and intangible capital and grow less in terms of employment and assets than their peers.

But new research from the Bank for International Settlements shows that zombies may be even more damaging to an economy than previously thought.

Not only are firms staying in a zombie state for longer than in years past, but of the roughly 60% of firms that do manage to ultimately exit zombie status, many nonetheless experience prolonged weakness in productivity, profitability and growth, leading to long-term underperformance.

Moreover, recovered firms are three-times more likely to become zombies again compared to firms that have never been one, according to the September study, which examined companies in 14 advanced economies over three decades.

“The zombie disease seems to cause long-term damage also on those that recover from it,” the BIS’s Ryan Banerjee and Boris Hofmann wrote in the report. Therefore, “a firm’s viability should be an important criterion for its eligibility for government and central bank support.”

Passengers stand on their balconies of the Carnival Corp. Grand Princess cruise ship docked at the Port of Oakland in Oakland, California, U.S., on Monday, March 9, 2020. The cruise ship that spent days circling the waters off San Francisco with people sickened by the new coronavirus returned to land at an isolated dock, to begin the long process of offloading passengers into quarantine. Photographer: David Paul Morris/Bloomberg

Some say the concern over the spread of zombie companies is being overhyped.

While they accounted for 41% of U.S. firms in a UBS Group AG analysis based on their interest-coverage ratios as of the second quarter, weighted by assets the percentage declined dramatically, to just 10%. And when using the bank’s preferred methodology, which looks at debt to enterprise value, the share fell to just 6%, close to average levels since the late 1990s.

“The zombie problem is fairly benign in the U.S.,” said Matthew Mish, a strategist at UBS. “I don’t think the problem looks any worse than the last two recessions.”

Others aren’t so sure.

“The zombie question is one of the great open issues regarding the legacy of the pandemic,” said Nathan Sheets, chief economist at PGIM Fixed Income. “Will our economy coming out of the pandemic be as dynamic and flexible as before? I’m cautiously optimistic because competition is deeply embedded in the U.S. system.”

Still, corporate deleveraging in the years ahead will result in slower growth, subdued inflation and low rates “for as long as the eye can see,” he added.