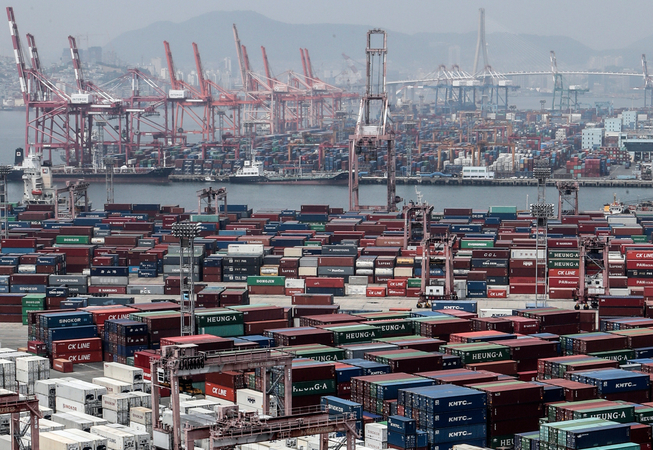 The Bank of Korea (BOK) is expected to freeze its policy rate at a record low of 0.5 percent next week, as it will likely gauge the impact of the protracted pandemic on the economy, a poll showed Friday.

In a survey by Yonhap Infomax, the financial news arm of Yonhap News Agency, all 14 analysts polled predicted the BOK will freeze the base rate at its rate-setting meeting next Thursday.

They also forecast the BOK to stand pat on the rate during the remainder of the year and even throughout next year.

The BOK froze the benchmark rate for the second straight occasion in August as economic uncertainty heightened amid a flare-up in new coronavirus cases.

To boost the pandemic-hit economy, the BOK cut the key rate to the all-time low in May after delivering an emergency rate cut of half a percentage point in March.

Experts said the rate freeze is anticipated next week, as economic uncertainty lingers amid a fresh surge of virus cases, while booms in asset markets, including the housing and stock markets, have warranted close watch.

The Korean economy is “expected to face potential challenges next year over the COVID-19 pandemic and an adjustment of the local economy,” said Kim Sun-tae, an economist at KB Kookmin Bank.

Fears of a winter wave of the coronavirus infections have grown as the country’s new virus cases have been in the triple digits in recent days, marking the biggest surge since August.

In August, the BOK revised down its 2020 growth outlook to a sharper-than-expected contraction of 1.3 percent, citing the impact of a resurgence in virus cases.

The nation’s overseas shipments were battered by the fallout of the COVID-19 pandemic this year. But the pace of the slump has eased since June, as major economies slowly began resuming business activities following lockdowns.

Yoon Yeo-sam, a fixed-income analyst at Meritz Securities Co., said the BOK is likely to take a “cautious monetary policy” next year. (Yonhap)