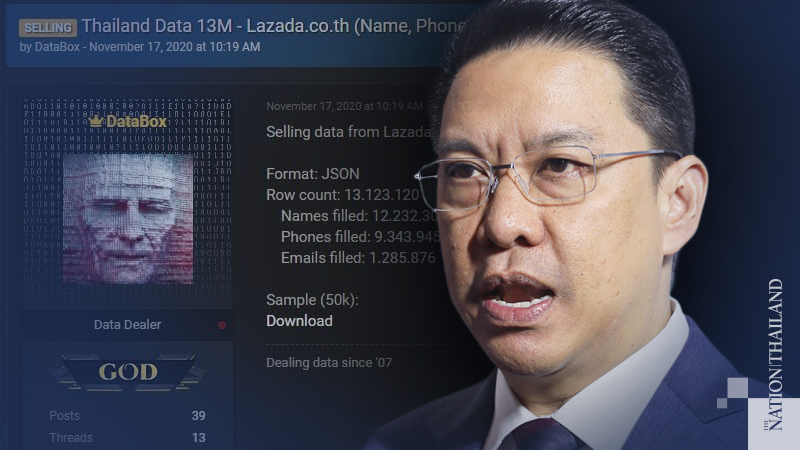 The digital minister has asked experts to help plug gaps in e-commerce security after netizens discovered personal data from more than 13 million accounts up for sale on an underground website. The discovery earlier this week prompted widespread criticism of Thailand’s e-commerce data protection system.

The ministry contacted Lazada Thailand, who confirmed that the data was not leaked from its own system. Lazada said it is now investigating the source of the breach.

The DES minister has invited cyber experts from the Electronic Transactions Development Agency (ETDA), the National Cybersecurity Commission and all e-commerce platforms for talks early next week on ways to prevent the hacking and leaking of consumer data.

Puttipong said the DES ministry prioritises the security of personal information and was coordinating with all relevant agencies in a bid to combat the rising threat from cybercriminals.