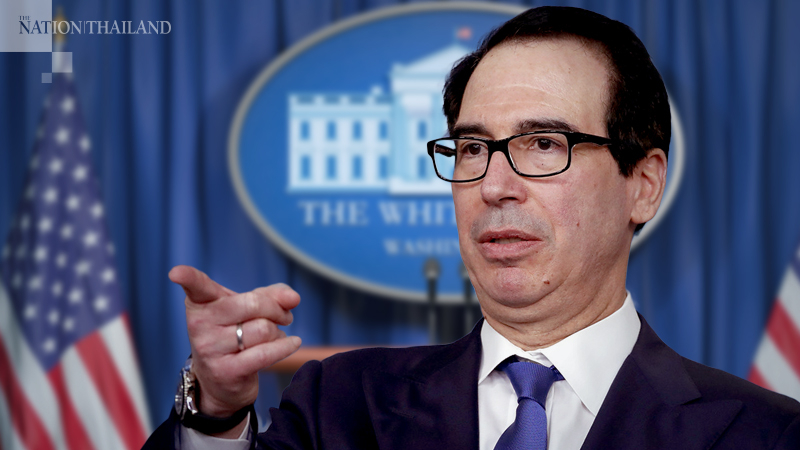 WASHINGTON – Treasury Secretary Steven Mnuchin on Thursday said he would not extend most of the emergency lending programs run in tandem with the Federal Reserve, a move the central bank immediately criticized, citing the fragile recovery.

The Fed’s exceedingly rare public rebuke reflected a government divided on how to respond, as the pandemic surges across the nation, threatening a new wave of shutdowns and marking an inflection point of the recession.

In a letter to Fed Chair Jerome Powell, Mnuchin requested not only that several of the programs wind down at the end of the year, but also that unspent money allocated to the Fed under the first stimulus effort, the Cares Act, be reallocated by Congress. The move would end most of the Fed’s emergency lending facilities, including the Main Street lending program and the municipal liquidity facility, which issue loans to struggling businesses and local governments. Mnuchin also requested a 90-day extension of a few of the programs that operate through the markets.

However, the Treasury Department does not have the sole authority to reallocate the funds, but instead would have to secure Fed agreement.

The letter triggered a rare public statement from the Fed Thursday evening.

“The Federal Reserve would prefer that the full suite of emergency facilities established during the coronavirus pandemic continue to serve their important role as a backstop for our still-strained and vulnerable economy,” the central bank said in a rare statement following Mnuchin’s letter.

The decision to curb the Fed’s lending powers comes as new economic data is signaling the U.S. economy is being newly battered by a spike in coronavirus cases that are already triggering a new wave of government-ordered closures, restrictions and shutdowns.

Democrats denounced the move as handicapping the economy President-Elect Joe Biden is set to inherit in January.

“This is a reckless mistake to take away the ability the Federal Reserve has to respond to what is still a very dangerous and uncertain time in the economy,” said Jason Furman, who served as a senior economist for the Obama administration. “I cannot think of any economic motivation for canceling programs … This is tying the hands of the United States in responding to this crisis.”

Earlier this week, Powell said the Fed was committed to using all of its tools “for as long as it takes until the job is well and truly done,” and that “when the right time comes, and I don’t think that time is yet or very soon, we will put those tools away. Then on Thursday, the Fed issued a statement pushing back against Mnuchin’s letter.

Although the Main Street lending facility and municipal liquidity facility have been widely criticized for their onerous loan terms and meager uptake, Fed officials have argued for months that it would be premature to cut off that support until the recovery is sustained and the economy survives the dark winter ahead.

In March, Congress allotted $454 billion to the Treasury Department to support the central bank’s emergency lending programs, including those for struggling businesses and local governments. Those lending programs have recently become a kind of political football.

Republican lawmakers, including Senator Patrick Toomey, R-Penn., who could soon take the helm of the Senate Banking Committee, said those programs have served their purpose. Democrats have been less willing to shut down the facilities altogether, instead pointing to the lingering holes it the recovery and saying there are plenty of ways the facilities could be expanded and given wider reach.

In a statement Thursday evening, Toomey said Congress’s intent with the Cares Act made clear the facilities were meant to be temporary.

“These facilities, which were established in response to the unprecedented market turmoil caused by the covid-19 pandemic earlier this year, have successfully achieved their intended purpose: stabilizing credit markets so private credit could once again flow to businesses, states, and municipalities,” Toomey said. “These temporary facilities helped to both normalize markets and produce record levels of liquidity.”

Even so, much of the money entrusted to the Fed has hardly been touched, and it’s unclear how much money could get out the door given specific rules about how the money should be spent. Of the $454 billion pot allotted from Treasury under the Cares Act, only $195 billion has been specifically committed to cover any losses the Fed might take through its programs, including through loans that companies fail to repay. As of last month, the remaining $259 billion still has not been committed to any of the Fed’s specific programs or for any other purpose.