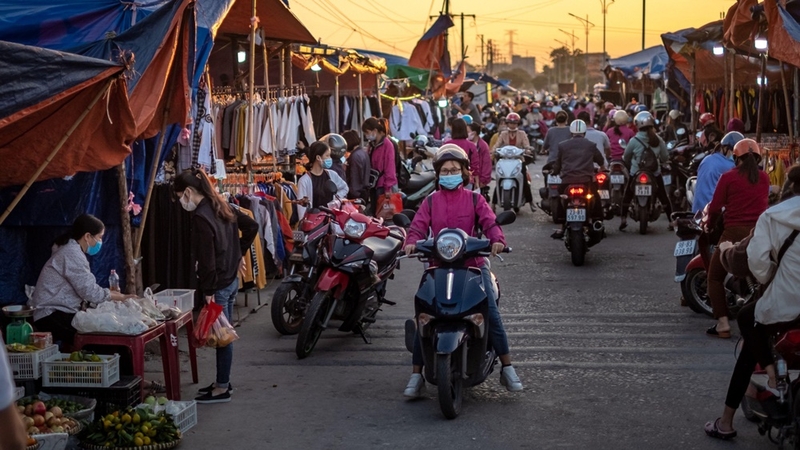 Vietnam is looking to reset its volatile relationship with the U.S. after finding itself caught in the middle of President Donald Trump’s economic confrontation with China.

The Southeast Asian nation was among the biggest beneficiaries of the U.S.-China trade war as global companies added investments to diversify their supply chains. But its own swelling surpluses with the U.S. saw it slapped with tariffs and accused of currency manipulation.

Prime Minister Nguyen Xuan Phuc said Sunday “no matter who wins, the U.S. is still a friend.” But behind the scenes, officials are calculating whether and how Vietnam can restore stability in economic relations with President-elect Joe Biden.

Hanoi anticipates the Biden administration will accelerate the U.S.’s broader engagement with Vietnam and won’t be as focused on currency and trade issues as Trump officials, said Le Dang Doanh, a Hanoi-based economist and former government adviser.

There’s heightened concern among some U.S. businesses that Trump officials could slap additional tariffs on Vietnam after the U.S. Department of Commerce this month imposed a preliminary anti-subsidy duty on Vietnamese car and truck tires, citing the nation’s “undervalued currency” among the reasons.

The department will make a final determination on the tariff around March 16, near when the U.S. International Trade Commission is scheduled to rule on the case. U.S. imports of passenger tires from Vietnam were valued near $470 million in 2019, it said. Vietnam’s trade surplus with the U.S. is on pace to break last year’s record $56 billion.

“For a country like Vietnam, where inflation rates have been higher than most of its trading partners, a weakening dong is understandable,” said Truong Van Phuoc, a senior member of the prime minister’s economic advisory board. The government kept inflation at about 4% while the dong’s decline was only around 1%-2% annually in the last few years, he said.

The U.S. has criticized Vietnam for its current-account surplus and for allegedly buying the greenback to weaken its own currency. Yet the current-account surplus is mainly due to remittances, not exports, according to Phuoc, who’s also a former chairman of the National Financial Supervisory Commission and former head of the central bank’s foreign-exchange department. Remittances are money sent to Vietnam from abroad and often used for businesses, not just family support.

“When investors bring dollars in, they need to convert them into dong to invest,” he said, noting that it’s not the central bank snapping up dollars.

Additional tariffs put in place by outgoing officials could handcuff the Biden administration, which would have to expend political capital to undo them. Congressional Democrats are also expected to push for a stronger focus on human rights issues in Vietnam, said Ernie Bower, Washington-based president and chief executive officer of BowerGroupAsia.

Prime Minister Phuc, in a meeting last month with Adam Boehler, head of the U.S. International Development Finance Corporation, reiterated that Vietnam doesn’t use its currency for a competitive trade advantage. Doing so would “seriously hurt macroeconomic stability, people’s and investors’ confidence,” while damaging the nation’s economy, he said.

Vietnam will have a chance to make another high-profile pitch to the outgoing U.S. administration when National Security Advisor Robert O’Brien visits Vietnam and the Philippines this week.

Meanwhile, the views of one official on Biden’s transition team offer some clues to the new administration’s thinking on Vietnam.

Brad Setser, a former Treasury deputy assistant secretary in the Obama administration who’s taking leave from the Council on Foreign Relations, is listed on the Biden review team for the Office of the U.S. Trade Representative.

Setser noted in a March blog post for CFR that Vietnam was not a “clean” case for a U.S. designation as a currency manipulator, and that “this is clearly a time for comity and cooperation not currency wars.”

Foreign investors and multinationals are increasingly drawn to Vietnam, which is set to be a rare economy to eke out growth in 2020. Its Communist leaders have doubled down on free trade, inking a deal last year with the European Union and hosting the signing Sunday of the world’s biggest trade deal, known as the Regional Comprehensive Economic Partnership.

New U.S. tariffs could hurt the export-dependent economy, particularly manufacturers, which are struggling amid the global pandemic, said Doanh in Hanoi. Economic growth is forecast to slow to 2%-3% in 2020 from last year’s 7.02%.

“The Vietnamese have a reasonable hope that the Biden approach will be less ideological and sharp” while maintaining pressure on China, Washington-based Bower said.

Meanwhile, thanks to aligned interests on regional politics, trade and investment, “there’s a view among the Biden foreign policy team that Vietnam has become a very strategic-thinking country in Asia.”