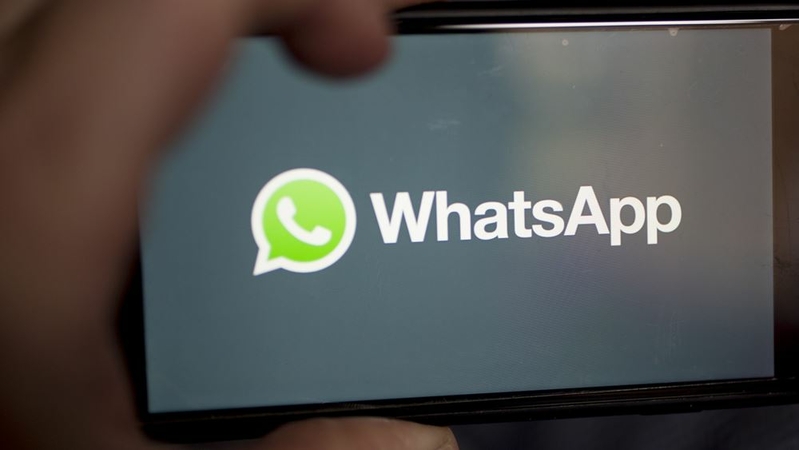 The Facebook WhatsApp logo in an arranged photograph on April 29, 2019. MUST CREDIT: Bloomberg photo by Andrew Harrer.

Facebook’s WhatsApp has begun alerting its 2 billion users to an update of its privacy policy — and if they want to keep using the popular messaging app, they have to accept it. The new terms, delivered in early 2021, have caused an outcry among technology experts, privacy advocates, billionaire entrepreneurs and government organizations and triggered a wave of defections to rival services. WhatsApp says the change is necessary to help it integrate better with other Facebook products.

WhatsApp is now reserving the right to share data it collects about you with the broader Facebook network, which includes Instagram, regardless of whether you have accounts or profiles there. Much of the policy, which is about monetizing WhatsApp, is broadly in line with what came before, and states that “WhatsApp receives information from, and shares information with, the other Facebook Companies. We may use the information we receive from them, and they may use the information we share with them, to help operate” and market services. For long-time users, the option to share data with Facebook was made available in 2016, but it was just that: optional and temporary. From Feb. 8 it’s mandatory for everybody.

No. Conversations with your friends are encrypted end-to-end, meaning not even WhatsApp itself can access them. However, by using WhatsApp you may be sharing with it your usage data, as well as your phone’s unique identifier, among other types of so-called metadata. These may be linked to your identity, according to WhatsApp on its listing in Apple’s App Store, and it’s this data the privacy policy stipulates must now be agreed can be shared with Facebook.

It says it needs it to help operate and improve its offerings. More broadly, almost all of the $21.5 billion in revenue Facebook generated in the third quarter of 2020 came from ads, and there are none in WhatsApp. The company wants to be able to serve more targeted ads to people on Facebook and Instagram by also knowing their usage habits on WhatsApp, and let businesses take payments in WhatsApp for items that, for instance, were clicked on in Instagram ads.

Turkish President Recep Tayyip Erdogan’s media office and his country’s defense ministry said they’re dropping WhatsApp. Technology billionaire Elon Musk endorsed rival app Signal to his 42 million Twitter followers. The registration service for Signal crashed after an influx of new users overwhelmed its servers. On Jan 10., it tweeted: “We continue to shatter traffic records and add capacity as more and more people come to terms with how much they dislike Facebook’s new terms.”

No. There’s a difference in the text for Europe compared with the rest of the world. In the U.S., for instance, WhatsApp explicitly says it wants to be able to let users start connecting their Facebook Pay account “to pay for things on WhatsApp,” and let them chat with friends on other Facebook products, such as Portal, “by connecting your WhatsApp account.” This text does not appear in the version applicable to Europe.

6. Why is Europe being treated differently?

European data protection authorities, which under the European Union’s strict privacy laws are empowered to fine companies as much as 4% of global annual revenue if they breach the bloc’s rules, in 2016 had expressed “serious concerns” about the sharing of WhatsApp user data. EU antitrust authorities in 2017 fined Facebook 110 million euros ($134 million) for misleading regulators during a 2014 review of its takeover of WhatsApp but stopped short of overturning the merger approval. Facebook had told EU regulators during the review it technically wasn’t possible to combine WhatsApp data with its other services.

Businesses, mainly. WhatsApp says companies will be able to use new tools to communicate with, and sell to, customers on Facebook’s platform. It also said that specifically for the messages exchanged between a user and a company, that business “can see what you’re saying and may use that information for its own marketing purposes, which may include advertising on Facebook.” But other beneficiaries include rival services such as Signal, the messaging app run by a foundation created by WhatsApp co-founder Brian Acton after he sold that company to Facebook. Signal, which relies on donations rather than advertisers for money, said it’s seen a surge in downloads following WhatsApp’s privacy policy update.