Top seeds Dechapol Puavaranuhroh and Sapsiree Taerattanachai saved two match points at 18-20 in the decisive game to beat Seo Seung Jae and Chae Yu Jung of South Korea 17-21 21-17 22-20, while the duo of Rawinda Prajongjai and Jongkolkphan Kititharakul were in top form to upset fourth-seeded Kim So Yeong and Kong Hee Yong 21-17 17-21 22-20 after a 75-minute battle.

“We came onto the court with only one win out of four duels against them,” said Jongkolphan. “But we tried to learn from that loss and worked something out. After the first game, we wanted to win so much that we lost focus and made errors in crucial points,” she added.

Rawinda and her partner have won two BWF World Tour levels, one in the 2018 Thailand Masters, and the 2019 Chinese Taipei Open, both Super 300 events. They will eye their biggest title on Sunday in the Super 1000 home tournament in the final against arch-rivals Greysia Polii and Apriyani Rahayu of Indonesia who have a 4-1 win-loss record against them.

“We expect another tough match on Sunday and it could go on for more than an hour again. We hope to play at this level again,” Rawinda said. 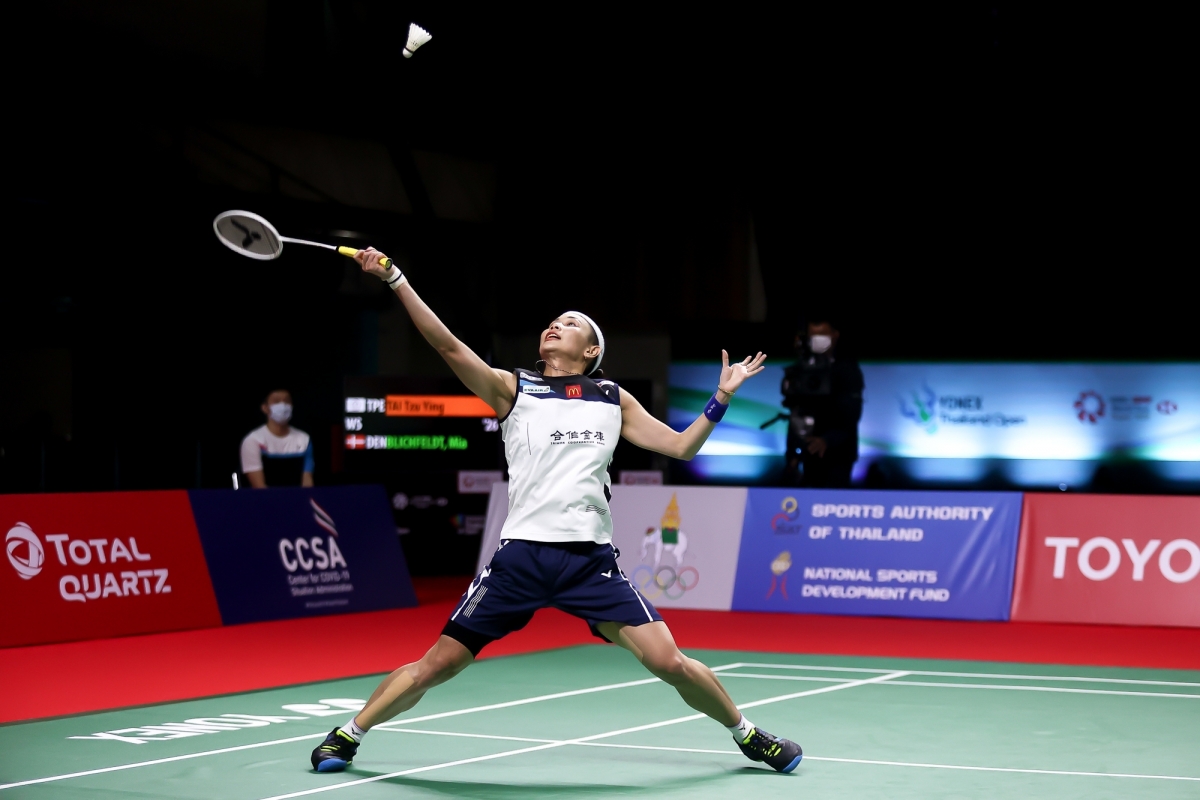 In the singles actions, world No 1 Tai Tzu Ying of Taiwan and three-time world champion Carolina Marin of Spain will square off for the women’s title after they scored comfortable semi-final wins.

Red-hot Tai, who has lost only one match in her four latest BWF World Tour events, was briefly challenged by Mia Blichfeldt before prevailing 21-8 23-21, while world No 6 Marin had earlier relied on her experience to stem the run of rising teenage star An Se Young of South Korea 21-18 21-16.

“The first game was quite comfortable and I was able to control it. But in the second game, the speed of the shuttle was different down that end and I had to adapt to that. No one wants to go to the third game,” said the Taiwanese star, who has reached the finals in all of her latest four events, including the All England Open which she won last March.

The world No 1 will enter the final with a better record against the Spaniard who she has beaten in nine out of 15 encounters.

“I will only focus on myself, cut out my errors and try and be as best prepared as possible,” she said.

Marin who sat on the No 1 throne in June 2015 rose to the occasion whenever she was put to the test by the 18-year-old An.

“I really performed well against An Se Young. I feel very happy because I was really focused on court. I didn’t feel any negative situation for myself, and I think if I play like this, I’m so ready for tomorrow,” said the three-time world champion who praised her young opponent as the future of badminton.

In the rematch of the 2019 men’s singles  final, defending champion  Chou Tien Chen of Taiwan was knocked out of the competition by Ng Ka Long Angus of Hong Kong 21-17 18-21 15-21.  The world No 8 Ng will play reigning All England Open champion Viktor Axelsen of Denmark who came back from a dismal form in game two to beat  Anthony Sinisuka Ginting of Indonesia  21-19 13-21 21-13.