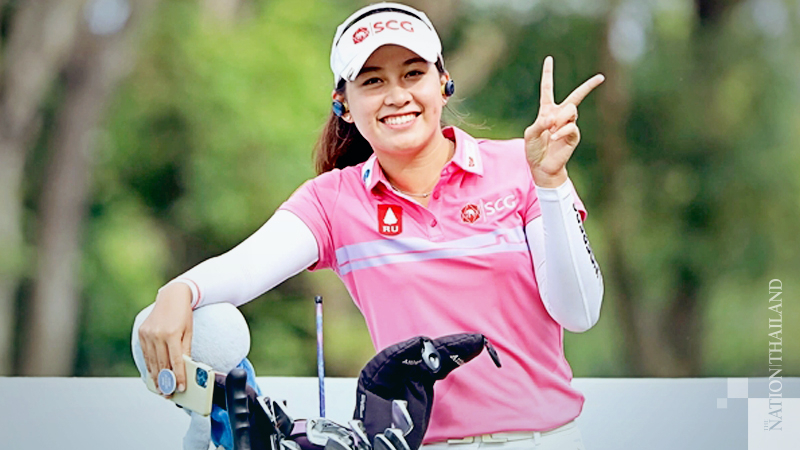 Four of Thailand’s top female golfers led by teen sensation Atthaya Thitikul will try to push the men to their limits at the inaugural edition of the Bt3-million Thailand Mixed hosted by TrustGolf at Hua Hin’s Black Mountain Golf Club next week.

The two-time Ladies European Tour winner will be joined by Thai LPGA stars Chonlada Chayanun, and sisters Nemittra and Nimmita Jantanaket as male and female pro-golfers battle for the same title for the first time in Thailand.

Atthaya, the 2020 Thai LPGA Order of Merit winner, is excited to be playing against male stars for the first time as she tees off her season at the February 25-28 Thailand Mixed event.

“It feels strange to enter a tournament like this, but it will serve as a good challenge. You have to rise to the challenge in this format, which should help sharpen your game,” said Atthaya, who won five Thai LPGA titles last season.

The talented teenager has been working on her shot distance in the offseason but is now sharpening her short game in preparation for next week.

“It’s good to get back on the greens and get a few tips from top players on how to improve your technique,” said Atthaya, who is aiming to qualify for the top-flight LPGA this year.

Meanwhile, Chonlada is hoping for a top-10 finish but admits it won’t be easy.

“It won’t be easy. I don’t want to set my goal too high because I haven’t been in a tournament for a while. I need to shape up my game but I’m hoping for a top 10 finish at least,” said the Nakhon Ratchasima star.

The Jantaket sisters, regular players on the Thai LPGA circuits, believe female golfers have the skills to match men’s power.

“Although the men hit further, we have a good short game and accuracy. As for me, I’m working on my fitness because it’s a four-day event. I’m also focusing on my approach game within 100 yards which is key to shooting good scores,” said elder sister Nimmita, who will be looking to exploit her familiarity with the Black Mountain course.

Younger sibling Nemittra is honing her game with the help of technology at the TrustGolf facility.

“I’m using the PuttView technology to enhance my putting game at TrustGolf, and hoping for a top 40 finish in the tournament. I’ll try to minimise errors. I can’t wait to compete with the guys and test where my game is now,” Nemittra said.

Fans can watch a livestream of the tournament at https://www.facebook.com/trustgolfclub

and on the TrustGolf YouTube channel. T-Sports will also broadcast live coverage of the weekend rounds on television.

The tournament, one of the TrustGolf Tour series in 2021, is organized by TrustGolf, the world’s technologically advanced golf training facility. Supported by the Sports Authority of Thailand, the National Sports Development Fund, Black Mountain Golf Club, Dusit Thani Hua Hin, Hua Hin Grand Hotel and other sponsors, the event is scheduled at the Black Mountain Golf Club between February 25-28 in Prachuab Khiri Khan.