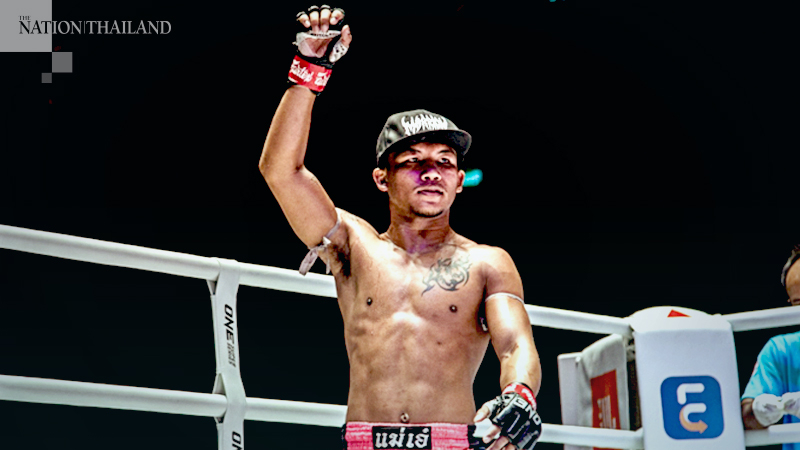 Reigning ONE Flyweight Muay Thai World Champion Rodtang “The Iron Man” Jitmuangnon of Thailand is ready to compete in an entirely new arena in ONE Super Series when he makes his way back to the circle.

The 23-year-old phenom is scheduled to face WKPF Kickboxing Champion Alejandro “El Puma” Rivas of Spain in a three-round kickboxing contest at ONE: FISTS OF FURY, which broadcasts live from the Singapore Indoor Stadium in Singapore on Friday, 26 February.

Rodtang is extra motivated ahead of his newest venture, and is geared up for a new challenge.

“I’ve already achieved my goal of becoming the ONE Flyweight Muay Thai World Champion. I think it’s time to try something new and try to become a kickboxing champion too,” said Rodtang.

“I think my style is suited for kickboxing. I love to use my punches, my speed and power. It’s going to be challenging, but I’m excited.”

Rodtang joined ONE Championship in 2018, bursting onto the scene with a thrilling combination of speed, power, and relentless aggression. He’s remained unbeaten since his promotional debut, along the way capturing the Muay Thai belt.

After dominating the competition handily, Rodtang is looking forward to making a run at the kickboxing world title, but realizes there is much work to be done.

“I think the most important thing is footwork. I need to work on my footwork, be more agile and faster with my movement. I can’t be stationary like I was competing in Muay Thai,” said Rodtang.

“All of my opponents know that I have powerful punches and strong kicks. That has been well documented. You just need to watch my previous fights to see what I’m all about. I think a lot of my opponents see that and they’re cautious and scared a bit when they get in a fight with me. But I think I need to adjust that style a little to suit kickboxing, be more technical.”

ONE: FISTS OF FURY is a three-part event series, beginning with a live broadcast on 26 February. The main event features a ONE Flyweight Kickboxing World Championship showdown between reigning titleholder Ilias Ennahachi and #2-ranked contender “The Kicking Machine” Superlek Kiatmoo9.

Also on the card is kickboxing legend Giorgio Petrosyan, and the debut of rising teenage star Victoria “The Prodigy” Lee.

This will be the first time Rodtang will don the 8oz. gloves in ONE Super Series, and naturally, there are doubts whether or not his power can translate to kickboxing. Rodtang, however, asks fans not to worry.

Known for his unrelenting pressure style, Rodtang promises a riveting performance, one that will end in another highlight reel finish.

“To me, it doesn’t matter wearing small gloves or the regular boxing gloves. I train hard each day, and I’m constantly improving my skills. I build strength in my muscles to develop power. I can get the knockout either way,” said Rodtang.