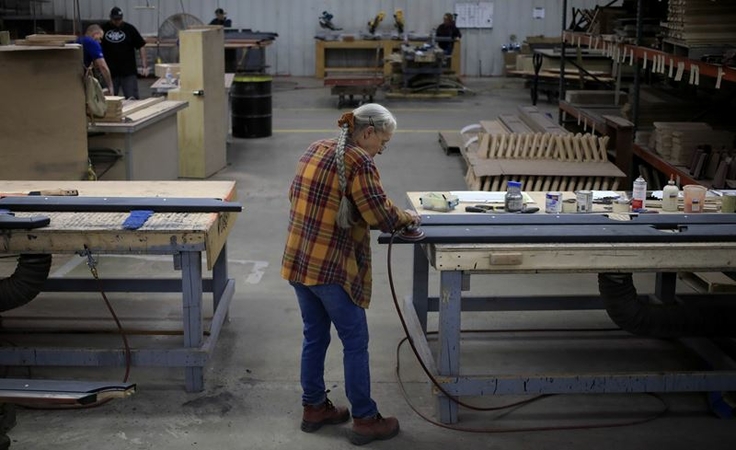 A worker sands wood components for a pool table in Jeffersonville, Ind.. on March 10, 2021. MUST CREDIT: Bloomberg photo by Luke Sharrett

Initial claims in regular state programs increased by 16,000 to 744,000 in the week ended April 3, Labor Department data showed Thursday. Economists in a Bloomberg survey estimated 680,000 claims. The prior week’s data was revised up to 728,000. California and New York led states with the biggest increases in unadjusted claims.

The increase in claims shows the labor market still has a long way to go to recover the millions of jobs lost during the pandemic. Still, companies are poised to ramp up hiring in the coming months as vaccinations accelerate and business restrictions ease.

Claims data have been volatile during the pandemic amid backlogs, fraud and new programs.

Continuing claims for ongoing state benefits fell to a one-year low of 3.73 million in the week ended March 27. Applications for Pandemic Unemployment Assistance for self-employed and gig workers totaled 151,752 last week, a decrease from the prior week.

On an adjusted basis, initial claims rose by almost 39,000 in California and increased by more than 15,700 in New York. About half of all states and U.S. territories posted declines last week. Ohio and Alabama led states with the biggest decreases.