Chapchai Nirat eyed on back-to-back Thailand Mixed titles after he shot a third round 67 for a shot advantage over promising girl Chanettee Wannasaen in the Bt3 million Thailand Mixed hosted by TrustGolf at the Lake View Resort and Golf Club in Cha-Am on Saturday.

The 38-year-old from Phitsanulok, who shared the title with his close friend Prom Meesawat (due to bad light)  in the previous TrustGolf Tour event in April,  carded seven birdies against two bogeys to total 12 under-par-204 amidst the drizzles at the par 72 layout, 6,915 yards for the men and 6,269 for the women.

“I just decided to use a new putter three minutes before the tee-off and somehow it worked well with me,” said Chapchai who hadn’t played any tournament since he won the second Thailand Mixed event six months ago in Chiang Mai.  The 4-time Asian Tour winner has been busy with his golf academy at home and hardly had time for practice.

However, the basic golf lessons that he kept telling his students and his big-hitting style proved very beneficial for him this week.

“I still lack in confidence as I started practising a few days before the tournament. But having long drive really helps me on this course. Obviously, a lot of big hitters are on the leaders’ board,” said Chapchai who despite his extensive experience in the golf circuits, never writes off the chance of others to win the title on Sunday. 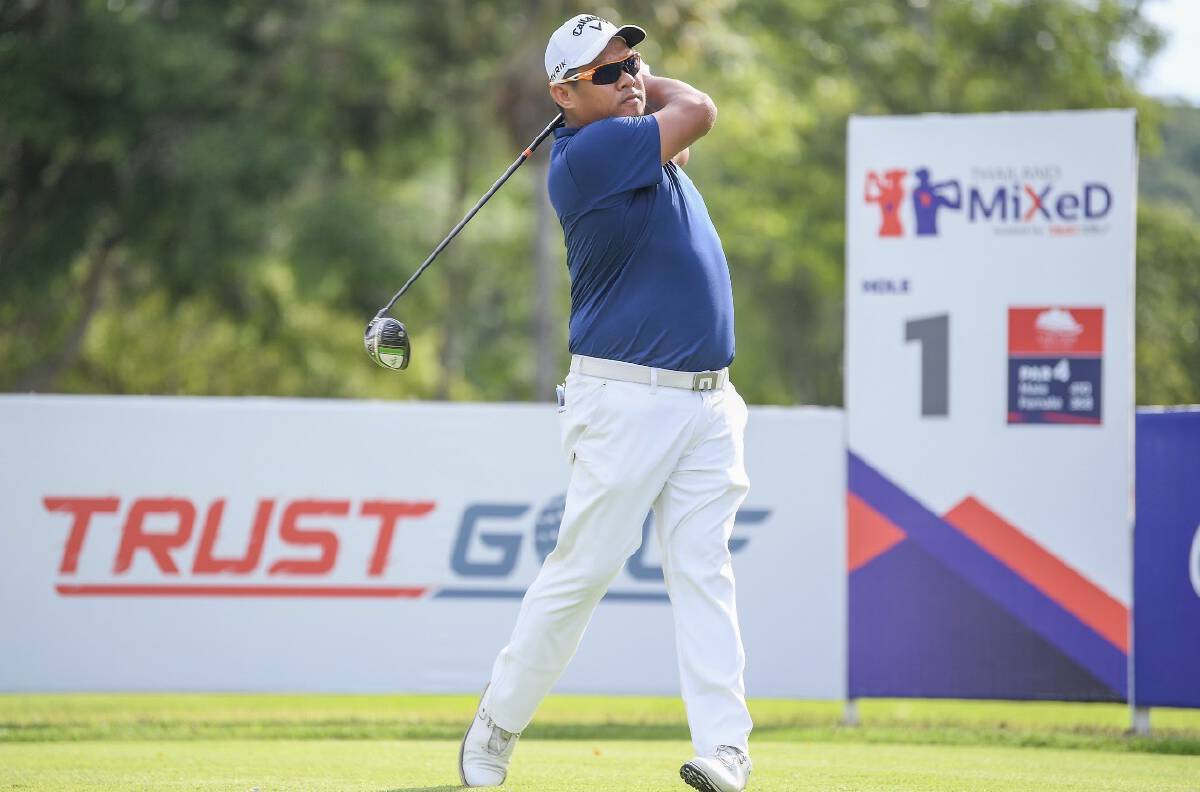 “These young golfers hit big and have modern golf game. On any given day, they can hit 7-8 under and turn things around. As for myself, I need to really concentrate with my game and hope for the best,” the one-time European Tour winner said.

The up-and-coming Chanettee, with four birdies against a lone bogey on the 11th hole, shot a third round 69 and trailed just one stroke on 11 under-par-205. The 17-year-old from Chiang Mai has posted several top 10 finishes this season including a victory in the Thailand LPGA Qualifier and a runner-up position in the Thai WPGA event here at the Lake View last month. 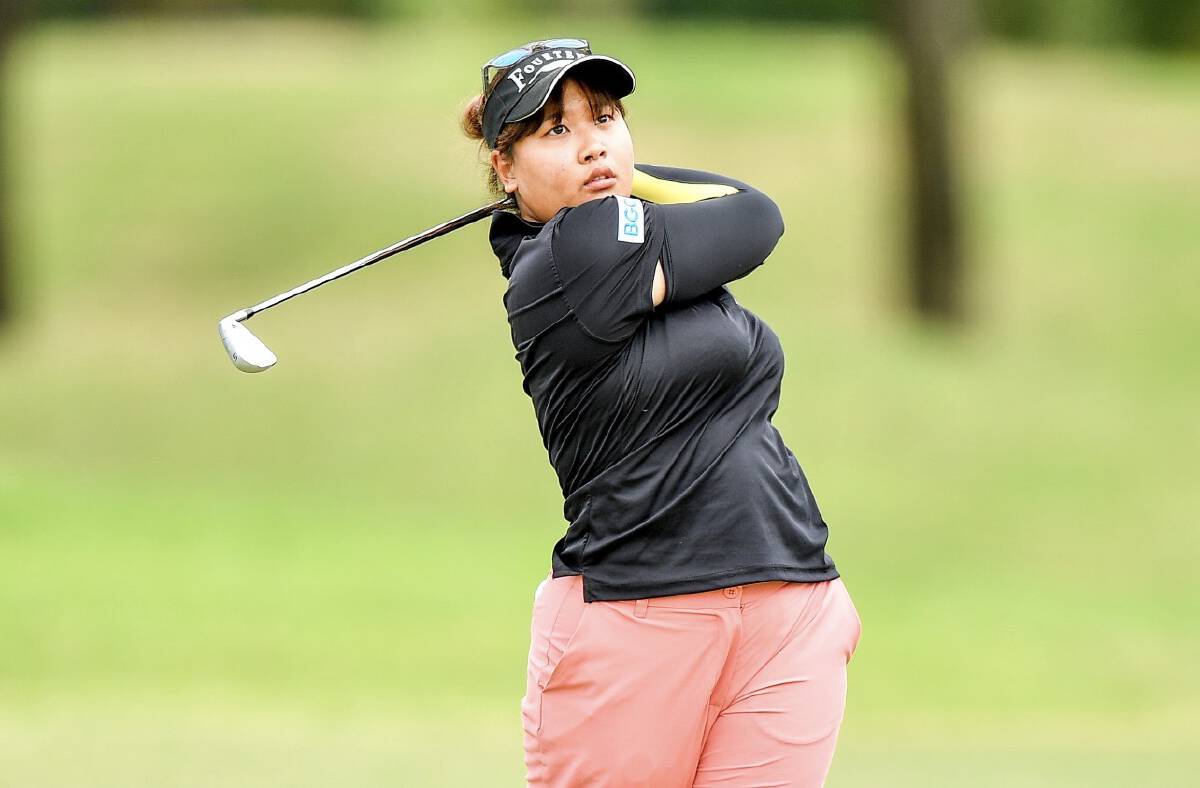 “I’m not very happy with my putts today especially at the front nine. I will have to be more careful with my putts on Sunday,” said Chanettee who is never feared to play alongside the highly-profiled Chapchai in the Sunday’s final group.

“I would rather try to learn from him as much as possible. Of course, my goal is to win but I will not let myself under pressure,” the teenager said.

Halfway leader Kanyalak Preedasuttijit, struggling with her short game all day, had to be content with a round of 74 and nine under-par-207 overall to seize the third position. 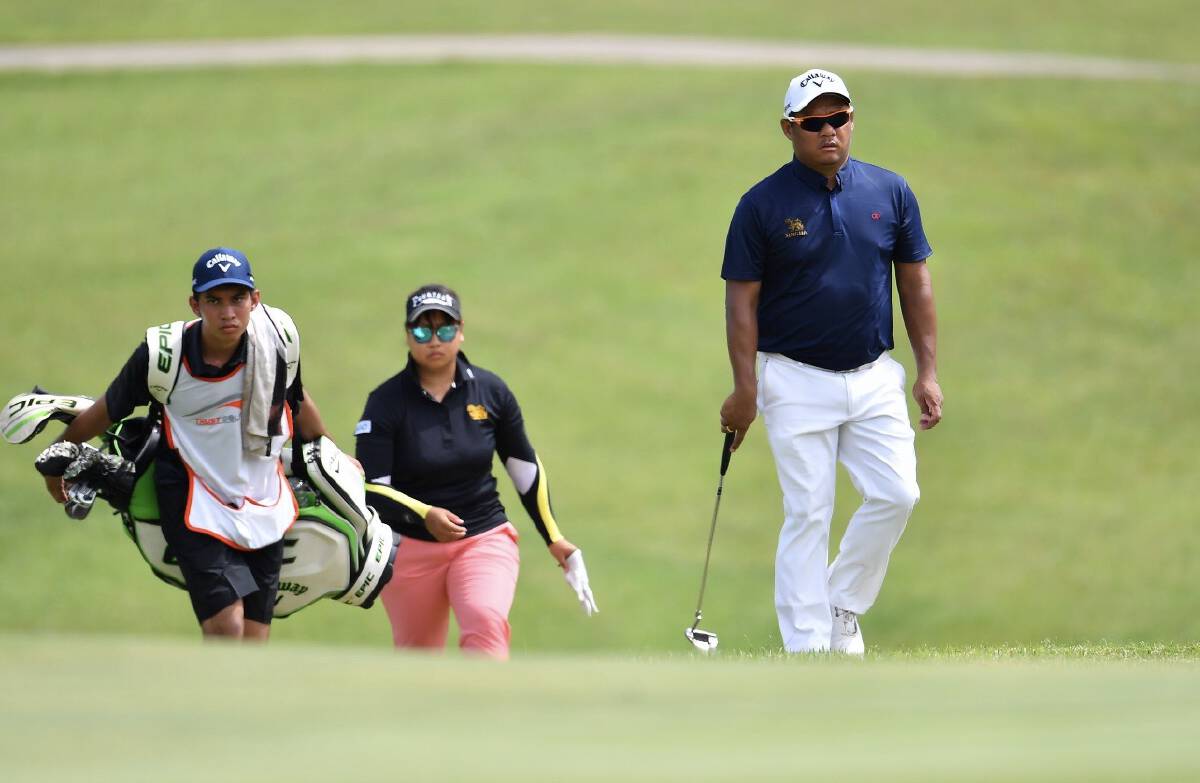