Amateur Ramil Saelim outlast Pannarai Meesom-us in the fifth play-off to win the third leg of the Bt3 million Thailand Mixed hosted by TrustGolf at the Lake View Resort and Golf Club in Cha-Am on Sunday.

The 16-year-old boy from Phitsanulok and the 17-year-old girl from Chonburi were neck-and-neck as each dominated the leaders’ board on 13 under-par-275 after 72 holes in regulation. Both were extended to four extra holes, but neither was able to shoot a score to gain the upper-hand.

It was until in the fifth duel on the 18th hole that the Lady of Luck finally chose the winner. Pannarai’s five-foot par putt curled around the hole but never sank in. The younger Ramil  then sent home a two-foot par putt to seal off the victory – his best win up to date.

“I’m so proud of myself to hit 13 under. I was training hard for this match and I’m happy that it paid off,” said Ramil who signed off with a final round 67.

In fact, Ramil just won the TrustGolf Amateur Qualifier event at this same course last week which earned him a berth into this  pro event. Ramil is also the product of four-time Asian Tour winner Chapchai Nirat whose ending bogey cost him the chance for the play-off with his protégé.

“I was so excited every time we went to the play-off. Every shot I made really counted. I hit the iron well which really helped,” the promising boy said. “I also have to thank pro Chapchai for teaching   me short game and Pro Tony Bulsombath for his techniques,” added Ramil, the first amateur to win on the TrustGolf Tour.

However, due to his amateur status, Ramil is not eligible for the winner’s cheque of Bt450,000 which automatically fell into the hand of Pannarai. The latter was a bit overwhelmed after losing the close fight. 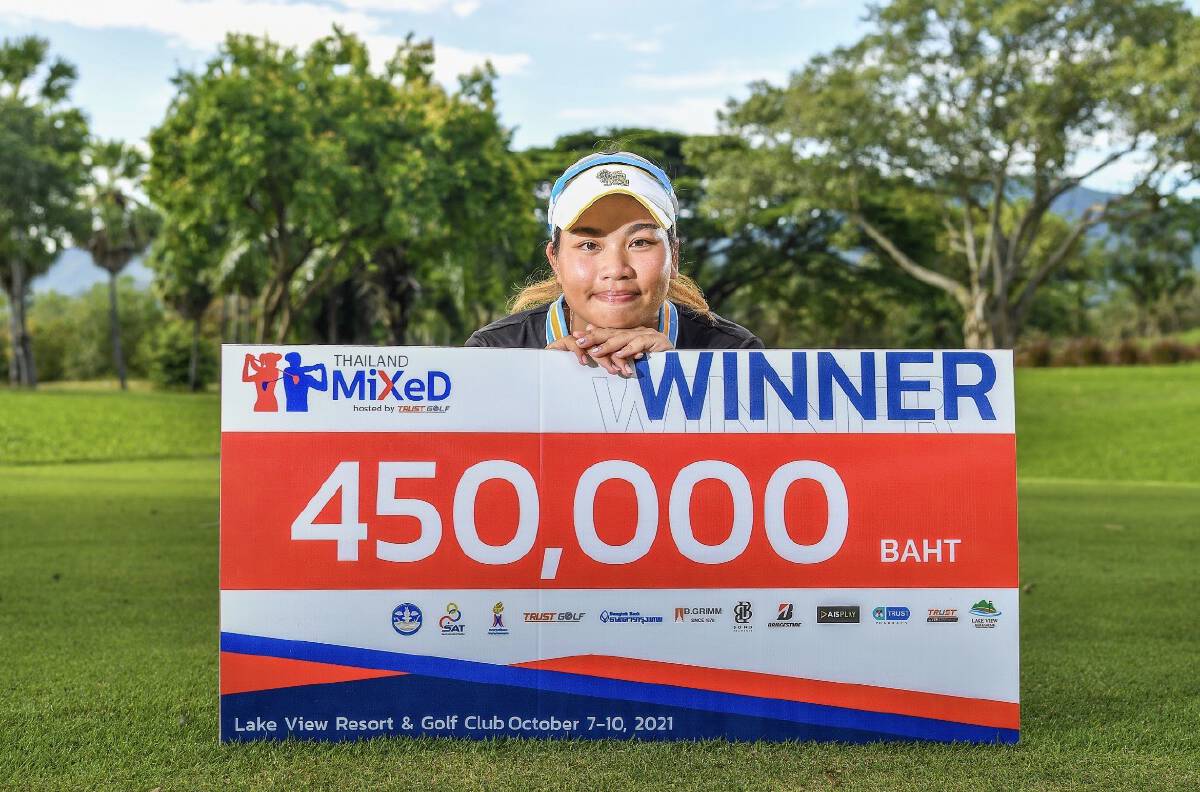 “All in all, it was beyond my expectation. I didn’t expect to join the lead or to go to the play-off as I was so exhausted playing consecutive events. However, I already gave my all out there,” said Pannara who finished with a 66.

“But I feel more positive after this event. I feel less pressure and have a new mindset. I like to compete and I will try to apply what I’ve learned from this week in my next event,” she added.
Chapchai, co-winner of the previous Thailand Mixed event in April, suffered an ending bogey which deprived him of the play-off chance. The former Asian Tour star, after an inconsistent  round, settled with a 72 and a total 12 under-par-276 for joint third along with 17-year-old girl Chanaettee Wannasaen  and Thai LPGA member Chommapat Pongthanarak.

While Ramil also won the best male amateur category, the best female amateur trophy went to Eila Galitsky from Chiang Mai after she fired a total 286 for tied 28th place alongside Pannapa  Polnamin.

The fourth leg of the TrustGolf Tour will return next month at the Black Mountain Golf Club in Hua Hin from November 16-19.

Fans can log in to AISPLAY APP for a recap of the  3rd Thailand Mixed hosted by TrustGolf. 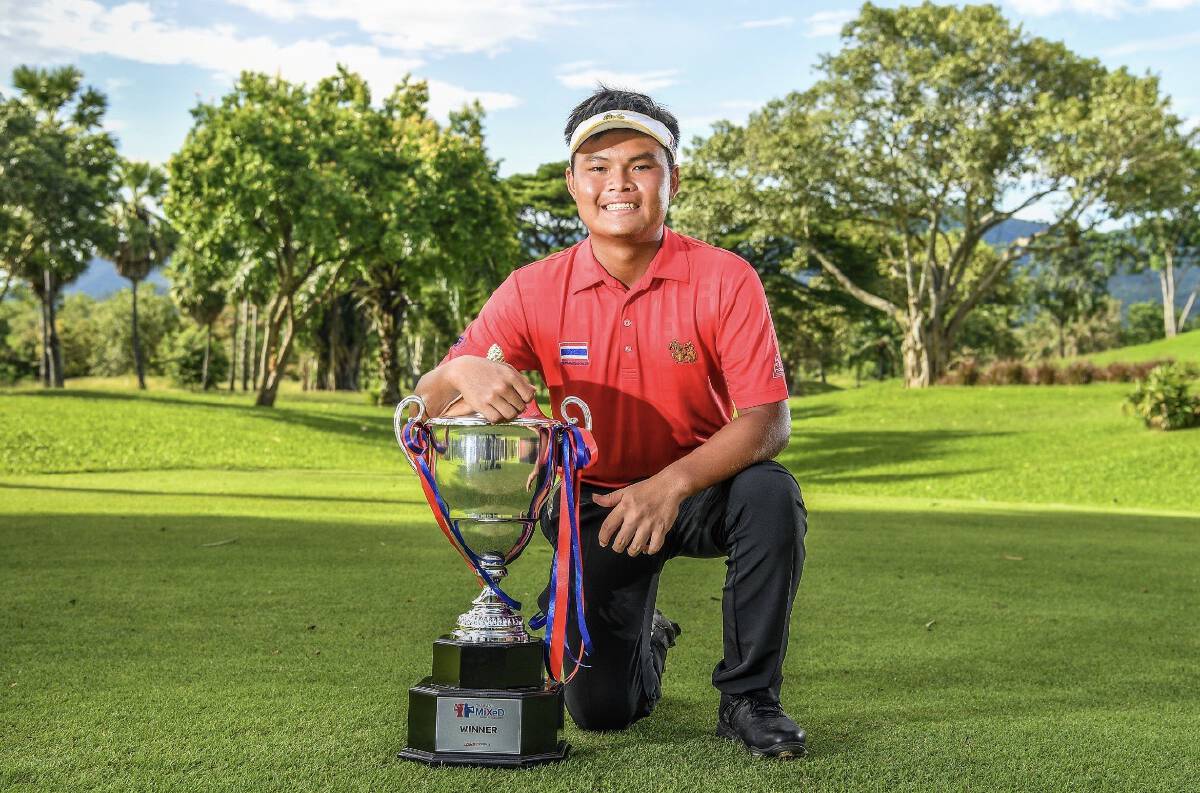