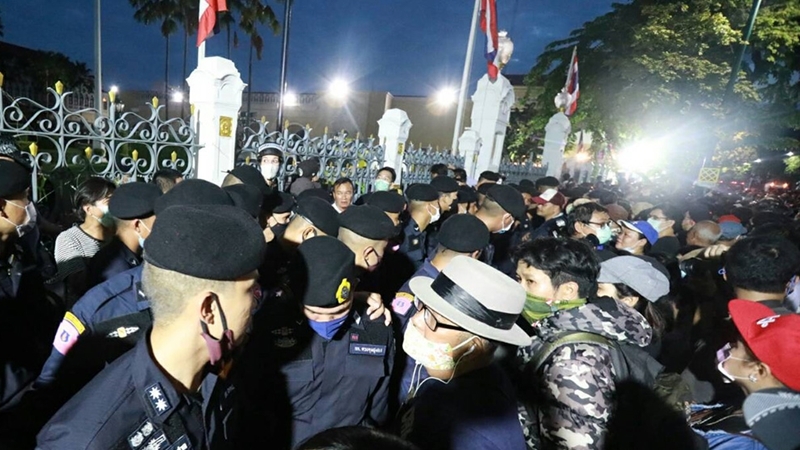 The scene outside Government House on Wednesday. Photo: Supakit Khumkun

Government House will shut its doors on Thursday after protesters surrounded the building on Wednesday and vowed to camp there overnight.

Thousands of pro-democracy protesters gathered in Bangkok on Wednesday to demand the resignation of the government and the dissolution of Parliament and changes to the junta-drafted Constitution.

They also demanded that Parliament hold an extraordinary session to debate a new draft Constitution which drew 100,000 signatures from supporters.

The topic of monarchy reform might eventually be added to the debate in what would be an unprecedented move by Parliament, which is under mounting pressure from the pro-democracy movement.

Protesters vowed to remain outside Government House overnight despite police warnings that they could be arrested.

They also demanded the release of prominent activist Jatupat “Pai Dao Din” Boonpattarasaksa and 19 other demonstrators who were arrested on Tuesday during protest rehearsals.