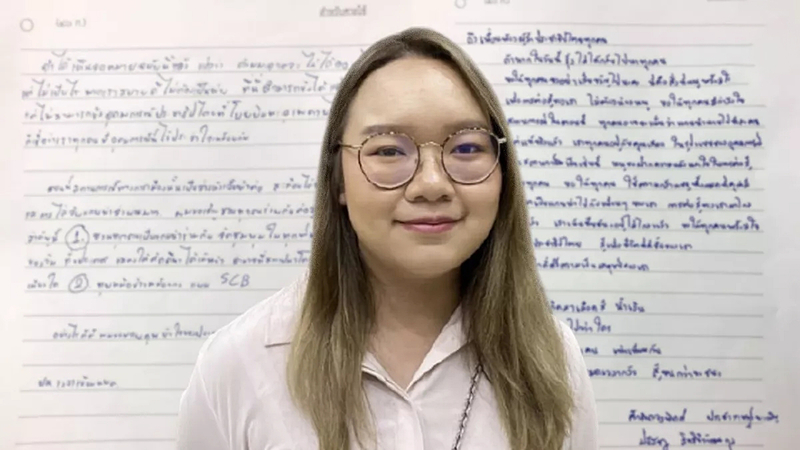 One of the pro-democracy protest leaders, Panusaya “Rung” Sithijirawattanakul, has urged supporters not to panic and to continue the fight, after she was arrested on Thursday morning.

Her letter says: “Please do not panic, if I do not return to you. This is what I am ready to exchange for our fight. Do not worry about it. I wish all of you to be encouraged by the present situation. You may think the protest leaders were taken from you one by one. But, in fact, we are always with you, as a political ideal.

“In this situation, I have passed on my hopes and spirit to all of you. I wish you to stand up bravely and to guide our brothers and sisters as leaders. Our fight has come a long way and our victory is not far. I wish all of you to be ready to fight for democracy, for a better nation, and for our human dignity”.

Panusaya was arrested on Thursday morning from her hotel room.

The arrest came at around 8.20am, after she went live on the United Front of Thammasat and Demonstration group’s Facebook page, asking supporters to join a fresh political protest at 4pm at the Ratchaprasong intersection.

Another protester, Natchanon Pirote, who was in the room, also was arrested.